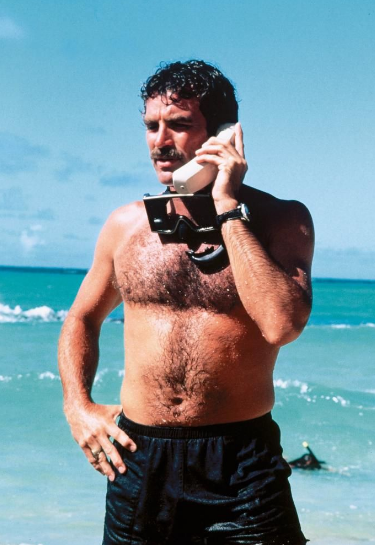 Hey all you cool cats and kittens, I’m firing up the BagOfNothing Super Duper Doppler Radar and I don’t see any ice or snow in our forecast but I do foresee schools remaining closed.

I have a feeling we are all eating more ice cream than we should and sales are through the roof. First of all, it’s comforting, second, we bore easily and we like to snack when we are bored.

It feels weird sharing my home office with Mrs. BagOfNothing. And it feels weird having her around when I’m on conference calls and sharing presentations on my screen. I’ve told her it feels like “Take Your Wife To Work Day”.

The second-grader in the house now makes my lunch every day and brings it to my desk.

Typically, elementary schools wouldn’t set up an email for their students, but we are going through very different times. The teachers at our elementary school will send parents emails and we often have to forward them to our kids, something like a Zoom link. I tell you what, it feels weird sending emails to the second-grader and fourth-grader in the house.

I really wouldn’t mind if the White House put up a live feed of President Trump and Melania binge-watching Tiger King. I’d settle for him live-tweeting while watching an episode.

I’m highly curious about the amount of mail Joe Exotic is now receiving in prison. And if there is going to be a Halloween this year, there’s gonna be a ton of him and Carol out there.

Spotted in Plano at Riverfront and Cole in the design district. 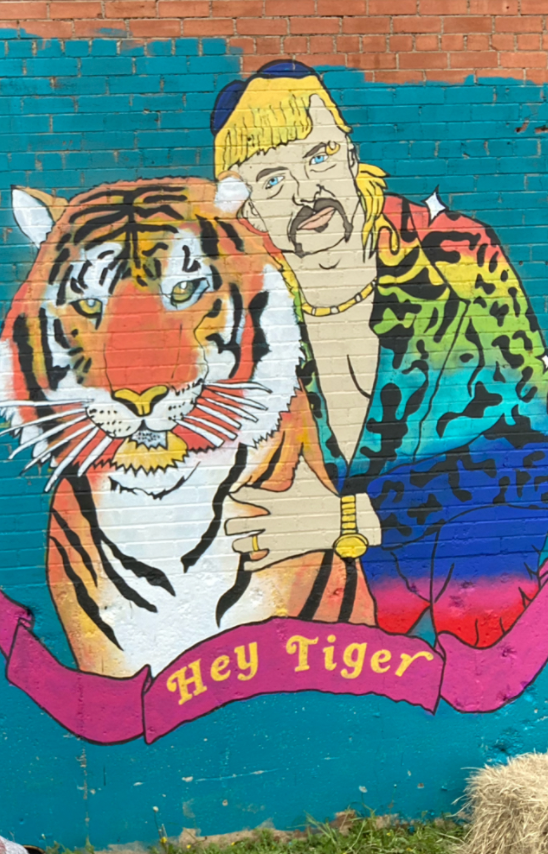 Dr. Anthony Fauci has certainly become a household name, but I think Dr. Deborah Birx may be more noticeable at White House press briefings because of her assortment of scarves. Birx usually wears a scarf at her neck or around her shoulders. I wanted to learn more about her and did a little research. Here are some random facts about her:

If you ever need to cast someone to play her in a movie, I nominate Renée Zellweger.

Having to get a prior authorization for a prescription is a pain in the bum.

Martin Luther King’s final Sunday sermon of his life was yesterday in 1968 at the National Cathedral in Washington DC.

This is considered earliest photograph of U.S. Capitol's interior, about 1861, during the crisis of Civil War: #LOC pic.twitter.com/iKNKeTfHjR 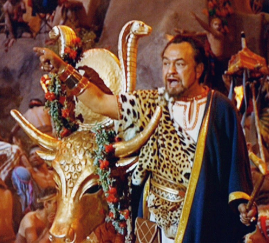 Aaron answered them, “Take off the gold earrings that your wives, your sons and your daughters are wearing, and bring them to me.” So all the people took off their earrings and brought them to Aaron. 4 He took what they handed him and made it into an idol cast in the shape of a calf, fashioning it with a tool. Then they said, “These are your gods, Israel, who brought you up out of Egypt.”

I never thought about it before, considering Hebrews were Egyptian slaves, I wonder why the Pharoh allowed them to have any amount or form of gold. It seems like something he and all Egyptian masters would hoard for themselves. I’m also curious how much gold the Hebrews were able to take with them on their long trek. Even if it’s just wearable jewelry, I’m guessing it wasn’t a whole lot, which means the golden calf I’ve aways envisioned wouldn’t be large but somewhat small, perhaps only half a foot in height. But then again, perhaps it wasn’t solid gold but gold plated. I suppose if the golden calf was hollow, that would be some interesting symbolism.

Without any context, someone can mistakenly think that one of the White House’s goals of community mitigation is to have 1,500,000 – 2,200,000 deaths. 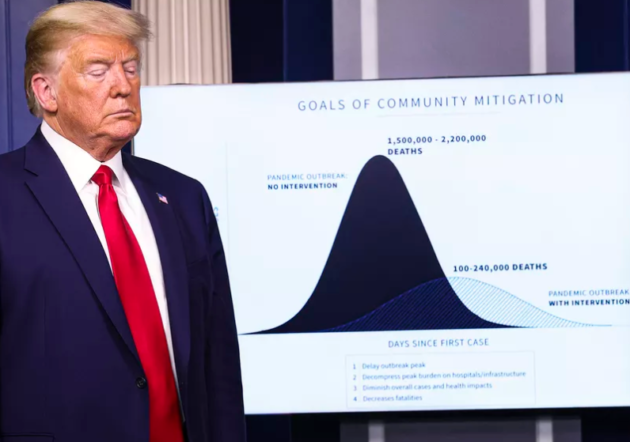 The Cheesy, Sexed-Up “8-Minute Abs” Video Still Holds Up, 25 Years Later – It made $20 million after its 1995 release for very good reason

Welcome to The Workout From Home Diaries. Throughout our national self-isolation period, we’ll be sharing single-exercise deep dives, offbeat belly-busters and general get-off-the-couch inspiration that doesn’t require a visit to your (likely now-shuttered) local gym.

If you’re a fan of Alamo Drafthouse’s Terror Tuesday and Weird Wednesday programming lineup, you’ll happy to learn that the company is bringing both to the virtual cinema space. Dubbed “Alamo-at-Home,” the new virtual cinema programming series will feature pre-show content, introductions, and discussions, just like real Alamo Draft House screenings. This will be conducted on their website, Birth.Movies.Death.