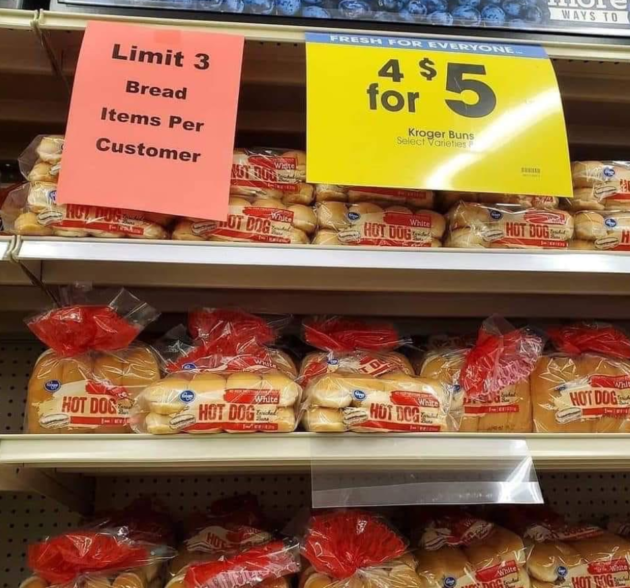 I’ll start things out on a macabre note. While watching the evening news and seeing how Central Park is now housing makeshift hospitals (a first since the Civil War), a Navy hospital ship arriving at the shore, and refrigeration trucks used to store an influx of the dead, now would be a good time to invest in death care stocks. Houston-based Service Corporation International (NYSE: SCI) is the largest funeral-care provider in North America. Carriage Services (NYSE: CSV) is a leader in the funeral home and cemetery industry. StoneMor Partners (NYSE: STON) is the second-largest network of funeral homes and cemeteries in the U.S.

WifeGeeding’s nephew was recently accepted to Baylor (as if there was any doubt with that family lineage, you have no idea). I think instead of a letter he received some sort of celebratory video. However, he’s considering going to Mary Hardin-Baylor to squeeze in a few years of baseball. The first time I heard of Mary Hardin-Baylor was at a Baptist church camp when all the Baptist universities visited. Their recruiter basically had one sales pitch to all the guys, the girl-to-boy ration was four-to-one.

I always wondered about how the school got its name. It’s like a perfect marriage for someone who can’t decide to attend Baylor or Hardin-Simmons. But, is the “Baylor” and “Hardin” the same ones associated with Baylor and HSU? Here’s what I found out along with a few other nuggets.

So, at one time, the Hardins had three colleges with their name on them. In addition to that:

“We are inclined to believe that Christian education of the right type is the greatest work for good that can be done. It is foundation work and the basis upon which good citizenship grows.”

You know who else had their names on a bunch of colleges, Sid Richardson. Colleges and universities themselves may not have the name Richardson in them, but about every other college in Texas seems to have a building named after him.

NBC5’s David Frinfrock seems like a nice and humble sorta fella, so I thought it was odd he was showcasing an Emmy award during his at-home weather forecast. You’d figure it would be on top of that wardrobe in the background and not so predominately displayed right next to him. Humblebrag? Hey Jimi, check out the temperature. (A joke for an audience of two.) 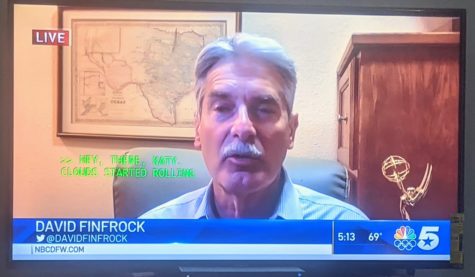 The pastor of a Tampa megachurch is facing charges after refusing to close its doors despite a “safer at home” order in effect in Hillsborough County, meant to stop the spread of COVID-19. The sheriff says up to 500 people were in attendance at Pastor Rodney Howard-Browne’s Sunday services.

Sheriff Chad Chronister and State Attorney Andrew Warren on Monday announced that an arrest warrant had been issued for Pastor Howard-Browne. He faces misdemeanor charges of unlawful assembly and violation of public health emergency order.

The River at Tampa Bay Church held two services Sunday, Chronister said, and even offered bus transportation for those services. The chuch’s livestream showed a packed crowd cheering and applauding.

According to Waco ISD, the principal was on campus at times the week after spring break. He was also present when at-home learning kits were distributed to G.W. Carver families last Monday.

Good for the school district making this public, I can (unfortunately) see a lot of places trying to hide or cover this sort of thing up.

Tom Bosley may best be remembered for his role as the father in Happy Days, but I remember him as the man in the Glad sandwich bags, clingwrap, and garbage bag commercials. When I first saw the clingwrap commercial sealing liquids inside, I instantly wanted to try it only for my father to instantly stop my experiment.

But it as Ziplock who taught me yellow and blue make green.

We ran an analysis using data from Xmode Social to see the travel paths of anonymized mobile devices that were active at Spring Break at one single Ft. Lauderdale beach. As the map shows, the footprint of social gatherings like these can be massive and put our whole nation at risk!

DJI Won the Drone Wars, and Now It’s Paying the Price – China’s flashiest global brand has a 77% share of America’s consumer drone sales. It also has to deal with coronavirus, the trade war, a $150 million fraud scandal, and skeptics in the U.S. and Chinese governments.

I had a hard time navigating that website trying to read an article, so here’s a summary article – Go read this Businessweek story about the downsides of DJI’s drone dominance