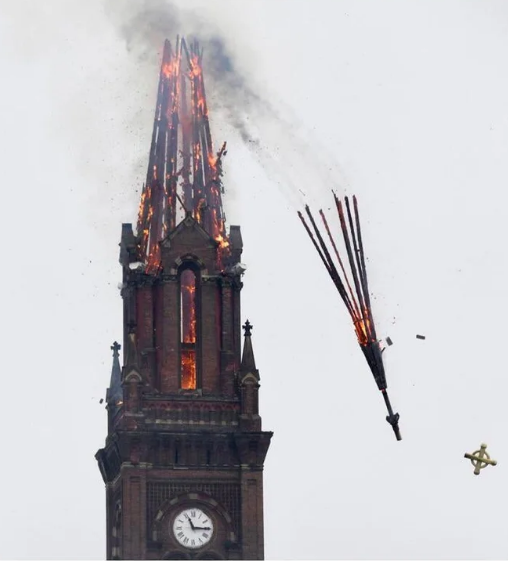 BALTIMORE — Baltimore firefighters battled a four-alarm blaze that sent flames shooting through the steeple of a church that traces its origins back more than 150 years.

Photos of the fire posted by the Baltimore City Fire Department on Twitter showed orange flames coming from the top of the steeple of the Urban Bible Fellowship Church. Firefighters used ladder trucks to spray water at the blaze, but flames eventually caused the top of the steeple to tumble down. A school next door also was damaged.

There are a lot of Christians virgins who have saved themselves for their wedding night only for the ceremony to be delayed. I have a feeling a lot of them are going to have a private ceremony, consummate, and then have a public ceremony with family and friends when this is all over with.

The Weather Channel’s website and app will provide you will current COVID-19 data about your local area.

President Trump never made appearances in the White House Briefing Room until the Coronavirus outbreak, but I think he’s only doing so because it’s the next best thing than speaking at one of his rallies.

The media sure does look for any opportunity to label a person or a group of folks in a profession a hero.

Columbia Sportswear employees to receive regular pay as CEO cuts own salary to $10,000