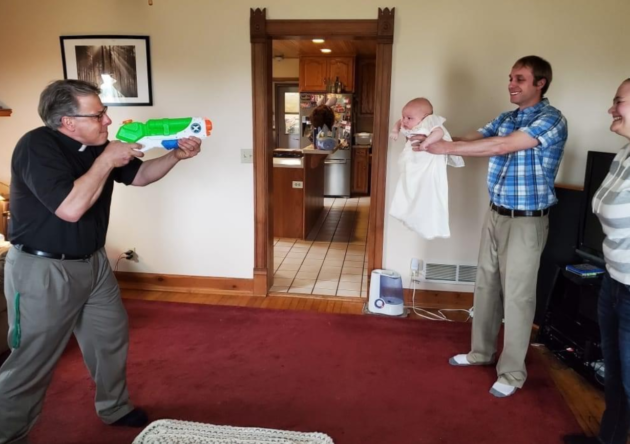 Ten years from now a plethora of folks will claim to be a survivor of COVID-19 despite never contracting the virus. It will be similar to all the people in DFW who claimed to have been at Nolan Ryan’s final no-hitter.

If there’s ever a time for the virtual reality industry to gain some market share now’s the time.

Outside out local grocery store, a male senior citizen unpacked a trombone and just started playing. I heard How Great Thou Art and Amazing Grace.

I just have this bad feeling right when we think we have this COVID-19 nabbed it’s gonna come back with a vengeance in late fall.

As Americans, we really, truly, take grocery stores for granted. I’m not going to go as far to say their workers are heroes (they are working to make a buck and there’s really no alternative for them) but I’m thankful they’re there.

As an American (who’s watched Rocky IV at least two dozen times) it’s odd to accept help from the Russians. I can only imagine what Fox News would be saying if Obama accepted aid from the Russians. It’s a different world we’re living in, yo. I wonder what The Gipper would think of this moment.

@MarcusReports – New York air traffic controller to Russian Air Force cargo plane: “We sincerely thank you for all of the assistance you’re bringing in.”

Moscow seized the chance to publicize the rare instance of a Russian plane bringing humanitarian aid to a U.S. airport, flooding social media with pictures and video shortly after the plane’s arrival. State media even had a live video feed of forklifts carrying brown boxes off the plane.

Russian state media said the plane was carrying “60 tons of medical equipment, ventilators, masks & other protection gear.” The shipment to New York — the state with the most coronavirus cases — followed a Monday call between President Donald Trump and Russian President Vladimir Putin.

It’s also humbling we rely on another communist nation, China, to manufacture the majority of our medicine, face masks, respirators, and ventilators. I wonder what Nixon would think of that.

Ninth commandment, Mr. Vice-President – Pence: “I don’t believe the president has ever belittled the threat of the coronavirus.”

The Coronavirus is very much under control in the USA. We are in contact with everyone and all relevant countries. CDC & World Health have been working hard and very smart. Stock Market starting to look very good to me!

Asking for a friend, what’s an acceptable age for a man’s son to beat him in the 40-yard dash?

Observing my kids taking online classes is interesting. I had no idea second-graders would handle it so well. They are so proper, polite, and attentive. It’s like watching a comedy sketch in which kids play adults. But it’s hard for some teachers out there. For instance, here’s a picture of BoyGeeding interacting with his second-grade teacher. She has three kids, all below the age of six. As you can see the one she is holding isn’t even a year old. Her husband works from 7:00 AM – 6:00 PM, so she’s trying to be a mom and a teacher at the same time without any help, multitasking, and I think she’s been doing a darn fine job of it. 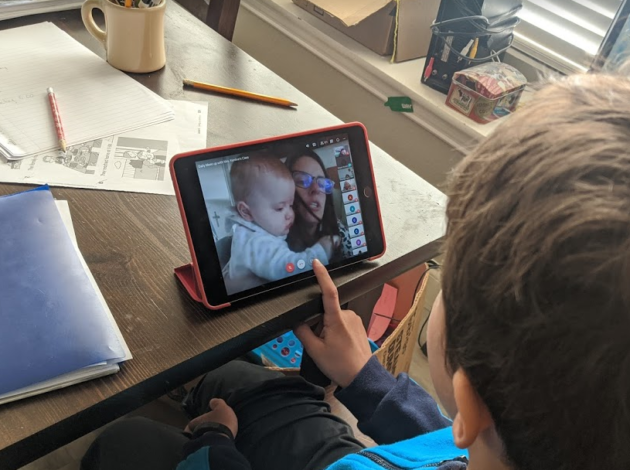 YouTube – Professional Pole Dancer Rates 10 Pole Scenes In Movies And TV | How Real Is It?

Rachel Tolzman, who has been pole dancing since 2011 and now teaches at London’s Ecole de Pole, broke down 10 pole scenes in movies and TV, critiquing their realism and technique. A former Miss Pole Dance UK and winner of the International Pole and Aerial Tournament 2016, Tolzman also placed bronze at the World Pole Sport & Fitness Championship.

I didn’t watch the whole thing, but I don’t think there’s any nudity, though the ladies are certainly not wearing much and the content isn’t family-friendly. Poke fun at me all you want, but I’m at the point now in which I see pole dancing as an art or form of dance instead of some erogenous routine. Sure, I agree that poles are associated with men’s club and poles are used at those locals are used for stripping, but nowadays they aren’t only located at those establishments and no longer used simply for unclothing. There’s a difference between pole dancing and striptease. Pole dancing is more exotic than erotic.

Remember to wash your hands.

One Response to Bag of Randomness for Thursday, April 2, 2020