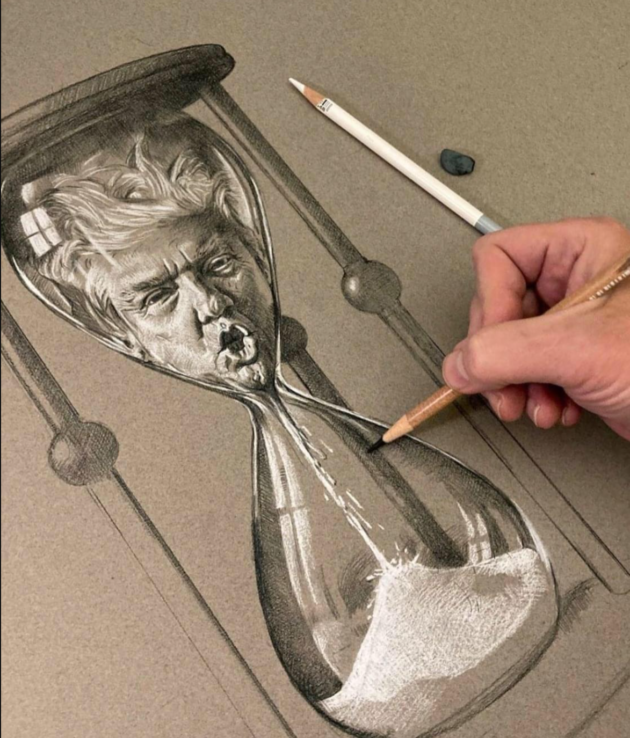 I’m surprised President Trump hasn’t thrown a rally just to make himself feel better. He wasn’t well yesterday and hasn’t been well as of late.

He swayed visibly at a similar event on Memorial Day at Arlington Cemetery. He also struggled to lift a glass of water during a speech to graduates at the U.S. Military Academy at West Point in June, and battled to walk down a ramp after that speech.

Trump also had to use both hands to lift a glass to his lips during a 60 Minutes interview in the closing days of the presidential campaign, and later criticized the negative coverage.

Trump finally made a public appearance since losing the election. He visited the Arlington Cemetery for Veterans day. He can’t stand still and he is wobbling again. #Wobblegate 2.0 pic.twitter.com/QzWKBSGBno

I saw on the news that Lucille Bridges died. She was the mother of the Ruby Bridges, who was the subject of this Norman Rockwell painting. 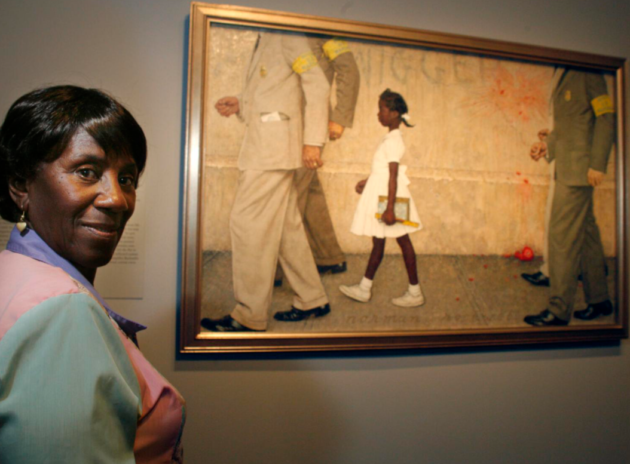 That got me to thinking about segregation and where did non-white-non-black children go to school. You know, children of Hispanic or Asian origin. I could have easily looked it up, but I thought it would be a nice opportunity to reach out to WifeGeeding’s mother, who grew up in Waco, and ask her about her memories and experiences. Isn’t it crazy how we are only one generation removed from segregation? Per her, those children attended the all white school.

My family always ended phone calls with an “I love you.” Sure, we all know we love each other, but it’s important to hear those words and you never know if that’s going to be the very last conversation with who you are talking to. There’s a bit of comfort in knowing your last words to someone was “I love you.” WifeGeeding’s family never says it. To each their own. At the end of the call with her mother, I ended it with, “Hey, thanks for sharing a part of your life with me. I love you.” I was expecting, hoping I’d hear some variation of that back, but heard, “Yeah, okay, well, bye-bye now.”

WFAA has a nice little story on the underground tunnels in Dallas.

These Are the Most Beautifully Designed Outdoor Dining Experiences in America

Earlier this week I bought WifeGeeding some flowers. Before she got home, I got out an old vase, threw some marbles in for a little flare, and placed the flowers inside. Tulips are her favorite, but the peonies caught my eye, and I thought they would compliment. One of my rules of life is that you don’t have to be romantic only on Valentine’s Day. I’ll also buy random “big” presents at odd times, living by the rule that I don’t need an excuse like a birthday or Christmas to give you a gift. By far, I’m the romantic in the relationship, I just hope she appreciates this trait which makes me different from just about every single male on the planet.

DaughterGeeding surprised me yesterday when she said her school mentioned nothing about Veterans Day.

I was conflicted if Veterans Day had an apostrophe and if it did, where would it go. Initially, I reasoned it should and the apostrophe should go after the “s” since we’re talking about all veterans. But, now I know no apostrophe is need and why:

Veterans Day does not include an apostrophe but does include an “s” at the end of “veterans” because it is not a day that “belongs” to veterans, it is a day for honoring all veterans.

Of course, the same rule applies to Presidents Day. However, Valentine’s Day would include a possessive apostrophe because “Valentine’s Day” it’s a saint’s day.

As for New Year’s Day, New Year’s Eve – It’s always in the singular possessive. It takes an apostrophe before the “S” anytime an “S” is included.

Mother’s and Father’s Day – This one is singular possessive. Think of it as the day belonging to Mother, not mothers. Yes, either way would be just as logical. But singular possessive has become the standard form in dictionaries and publishing manuals.

April Fools’ Day. The apostrophe after the S is recommended by the major dictionaries and AP style. For example, AP Style and Chicago Style both call for the use of April Fools’ Day when writing the holiday in text. If you are using either of these two styles, clearly you would not write April Fool’s Day. Although, the most important thing to remember is stay consistent in your writing. If you are not clear as to whether you are using AP Style or Chicago Style and you find yourself writing “April Fool’s Day,” do not also use “April Fools’ Day.” Pick one way to write it and stick with it for your entire piece.

And Now, a Charity Run From Four Seasons Total Landscaping to the Four Seasons Hotel – The 11-mile Fraud Street Run will take place on November 29th.

Trump Was Expected To Lose Votes In Places Where More People Died Of COVID-19. He Didn’t.

Guy Does Insane Food Taste Test To Show How Severe His COVID Taste Loss Is  – TikToker Russell Donnelly chomped on an onion and garlic paste and still couldn’t feel anything because of his COVID-19 symptoms.

The Sad, Strange Life And Death Of Devonte Hart: The Crying Black Boy Who Famously Hugged A Cop – After Ferguson, a viral photo turned the tween into a symbol of post-racial America. But his murder — at the hands of his adoptive white mother — shows how much of an illusion that all really was 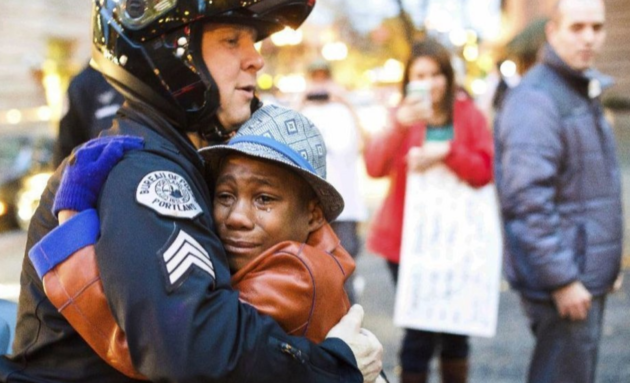