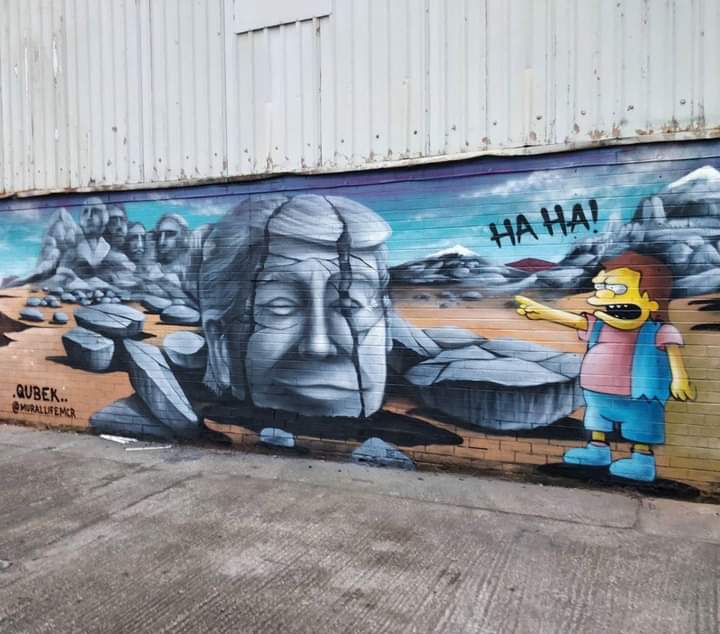 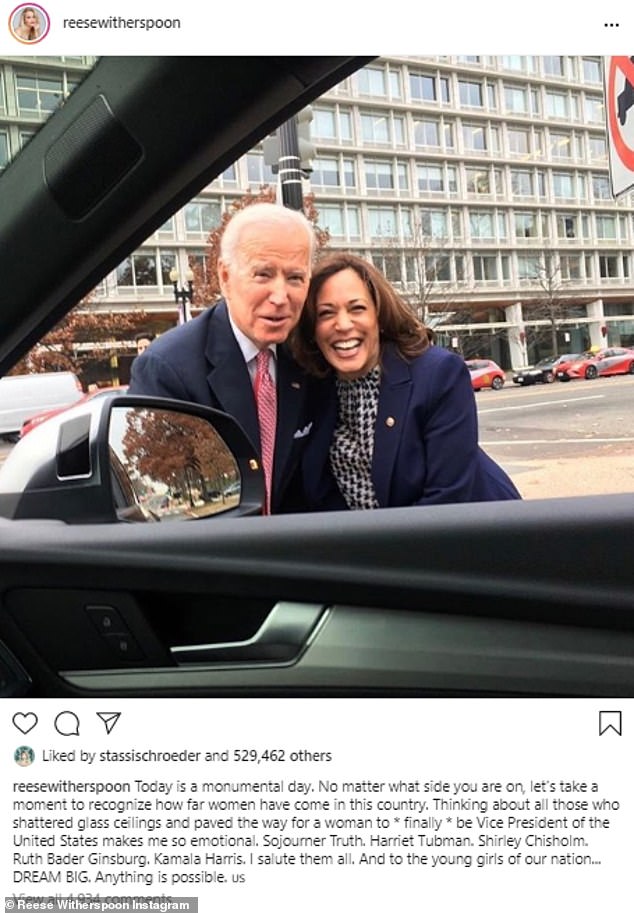 Man, last was long and exhausting with a lot of stuff years in the making concluding on the weekend. There’s a lot of unpack.

First of all, Trump supporters have nothing to fear unlike liberals did four years ago. When Trump was elected, we had no idea what his administration was going to be like. It was going to be unlike any Republican or any kind of administration before considering his campaign rhetoric. His party also had control of the Senate and the House, liberals had no majority representation. Trump supporters will probably still control the Senate and have the likes of McConnell, Cruz, and Graham. Trump supporters have an idea of how Biden will govern because of his long record and his time as Vice-President during the Obama administration. And finally, there’s a conservative majority on the Supreme Court. There is no need to panic.

Last night we sat the kids down before bedtime for a talk about what school is going to be like now that we know the winner of the presidential election. We emphasized the golden rule, to treat others as you would like to be treated, and spoke about integrity and respect. Both the kids are supporters of Biden and think it’s really cool that Kamala Harris will be the first woman (and half-Asian) to be Vice-President. They’ve told us in the past of students who are big fans of President Trump bully others and speak harshly. We told them that as tempting as it might be tease them about their candidate losing, that they need to put themselves in their shoes and imagine how awkward it is for them to just show up at school today. They will have learned a lesson, and one day their candidate will lose and you will face the same awkwardness. As soon as we said that, BoyGeeding chimed in and said we should understand what Joe Biden said in his speech, “Our competition is not our enemy.” My boy impressed me, you have no idea how proud I am of him.

We finally told them that one major reason we all didn’t like President Trump was how he picked on people and called them names. And if they decided to treat their friends who are Trump supporters in any sort of mean or disrespectful way, they were going to be hypocrites and no better than Trump.

Biden won without any major rally or gathering. Fascinating when you think about it. Inauguration is going to be interesting with the pandemic, and I expect it to be worst than it is now when the day comes. It will be a challenge controlling crowd size and space. The optics could make the crowds look odd, and I’m predicting then former President Trump to point out how many more he had at his inauguration. If I were to advise Biden, I would have him do a small ceremony inside the capitol like Reagan did for his second term. Reagan’s second inauguration was moved indoords because of bad wintery weather. Sure, Biden will be “robbed” of his moment and all the people who want to celebrate Kamala Harris’ place in history, but it would be a substantive and profound move. As Spock once said, “The need of the many outweigh the need of the few.”

Biden stuck the landing in his first speech as the president-elect. Any Christ-following person should applaud and feel comforted by it, especially how he ended it. His story of his grandparents telling him to not only remember the faith but to spread it was was fantastic. The optics were also great, a grandfather remembering telling a story about how his grandparents inspired him. I’m unfamiliar with the Catholic hymn “On Eagles Wings” but it fit in exceptionally well. I’m wary of politicians wearing their faith on their sleeve, though at times I find acceptable to reference when it doesn’t feel forced.

Folks, in the last days of the campaign, I began thinking about a hymn that means a lot to me and my family, particularly my deceased son, Beau. It captures the faith that sustains me and which I believe sustains America. I hope, and I hope, we can provide some comfort and solace to the 230,000 Americans who’ve lost a loved one due to this terrible virus this year. My heart goes out to each and every one of you. Hopefully this hymn gives you solace as well.

It goes like this. “And he will raise you up on eagle’s wings, bear you on the breath of dawn, and make you just shine like the sun, and hold you in the palm of His hand.” Now together on eagle’s wings, we embark on the work that God and history have called upon us to do.

With full hearts and steady hands, with faith in America and in each other, with love of country, a thirst for justice, let us be the nation that we know we can be, a nation united, a nation strengthened, a nation healed, the United States of America.

Ladies and gentlemen, there’s never, never, been anything we’ve tried we’ve not been able to do. Remember, as my grandpappy said when I walked out of his home, when I was a kid up in Scranton, he said, “Joey, keep the faith.” And our grandmother, when she was alive, she yelled, “No, Joey. Spread it.”

Obama would often quote from the Bible, but only referred to the holy book as “scripture,” saying things like, “Scripture says” or “Scripture tells us.” I have a feeling that never set well with conservative voting Christians because it seemed insincere and not personal. He really lost a chance to connect with people wording it that way. But,  I noticed in Biden’s speech on Saturday night that he simply called “the Bible.”

WifeGeeding’s mother is an exceptionally loving soul and does her best to love Christ and share the Gospel. As you may have guessed with this East Texan, she’s conservative and all her children and their family is as well, though WifeGeeding is more of an independent. I’m the lone liberal black sheep of the family and sometimes things get a little uncomfortable for me at family gatherings and I’ve asked to be removed from any of those email forwards. I work very hard biting my lip and just listening, learning to understand their perception of things. Though, from time to time, I respectively chime in, but it’s never as eloquent as I’ve hoped. I’ve been a part of her family for close to twenty years. When Obama won the election over McCain, she sent a message (either email or text) to all of her children and their spouses stating there’s a new president which is part of God’s plan, know that God is in control, take comfort in Jesus, and share grace.” She sent a similar message when Obama was re-elected, but oddly didn’t send one when Trump was elected. It didn’t bother me, I took it as an oversight. However, on Saturday, she texted another variation, which I thought was interesting. Feeling a bit mischievous, I replied.

Thanks for the message. I’m not replying all and hope you take this in the jovial manner it’s intended. But as long as I’ve been a part of your family, you sent a version of this message when Obama won, but didn’t when Trump won. So, you only need to remind us of God’s plan when a Democrat is elected to the White House? 🤔😉

Thankfully, she took it in stride and asked for forgiveness, which absolutely wasn’t necessitated.

Somewhat lost in all of this was that the Trump campaign had a press conference at the parking lot of the Four Seasons Total Landscaping instead of the Philadelphia Four Seasons hotel. I almost couldn’t believe the president’s tweet when I first saw it, but given the president, I could. Then, I heard in the direct vicinity of the press conference was a cremation center and an adult bookstore. I thought, no way, but a quick check on Google Maps verified it. Man, what a dumpster fire of a campaign and administration.

This is not over. For we shall mount our righteous stand at Four Seasons Total Landscaping. Next to Fantasy Island Adult Books. Across the street from the Delaware Valley Cremation Center. Between the fire extinguisher and yellow hose. #MAGA pic.twitter.com/hxuAsbEjXi

Jeff Leach is a Texas state representative, and unlike me, has a bag of something.

Dear Christians – if your first response is to spew hatred and damn Biden’s Presidency to the ash heap, you’re doing it wrong. We are called to pray for our leaders at all levels. And though I didn’t vote for him, I will fervently pray for my new President, Joe Biden. Join me.

I think this guy is on to something. The next time Trump will be in church is for his own funeral.

Dear evangelicals-@realDonaldTrump will never attend church again. He didn’t go today, he won’t go next Sunday, and he won’t go the next.
You got your Supreme Court Justices, however.
So now it’s time to support @JoeBiden, a man of true faith, and help heal our nation. Ok? Peace

Georgia is going to be the focus of the nation with their senate runoff election. The folks at CNN must be happy since their headquarters are in Atlanta.

I got a kick out of how exhausted some of the CBS News crew were on Friday. Ed O’Keefe, in New York, started a question to Reince Priebus in Miklawakee with, “Hi Reince, this is Ed O’Keefe with CBS Ne….oh, well, we’re all on CBS at the moment.” Then, the guy helping Major Garrett run their interactive board answered a qustion with, “It’s hard, it’s very hard, it’s like trying to run out the clock in a baseball game.” Everyone jovially called him out on it.

SNL had a funny skit about a guy named Keith. I’ve said it before and I’ll say it again, Keith is just a terrible name and easily made fun of.

I suppose I should add her to my unkept Half-Asian Hall of Fame.

Biden says he’s assembled a task force to help with our COVID-19 woes. I wonder how he’s going to do that without interacting with the current figures in charge Fauci and the current surgeon general.

Ok I spent a long time on this and all I want is for @staceyabrams or @SarahKSilverman to see it (that's her!!) If @DavidSpade @HelenHunt or @kevin_nealon or yknow @JoeBiden or @KamalaHarris or anybody caught it that'd be pretty cool too
also BUH BYE TRUMPS! pic.twitter.com/tnWAK6xrDb