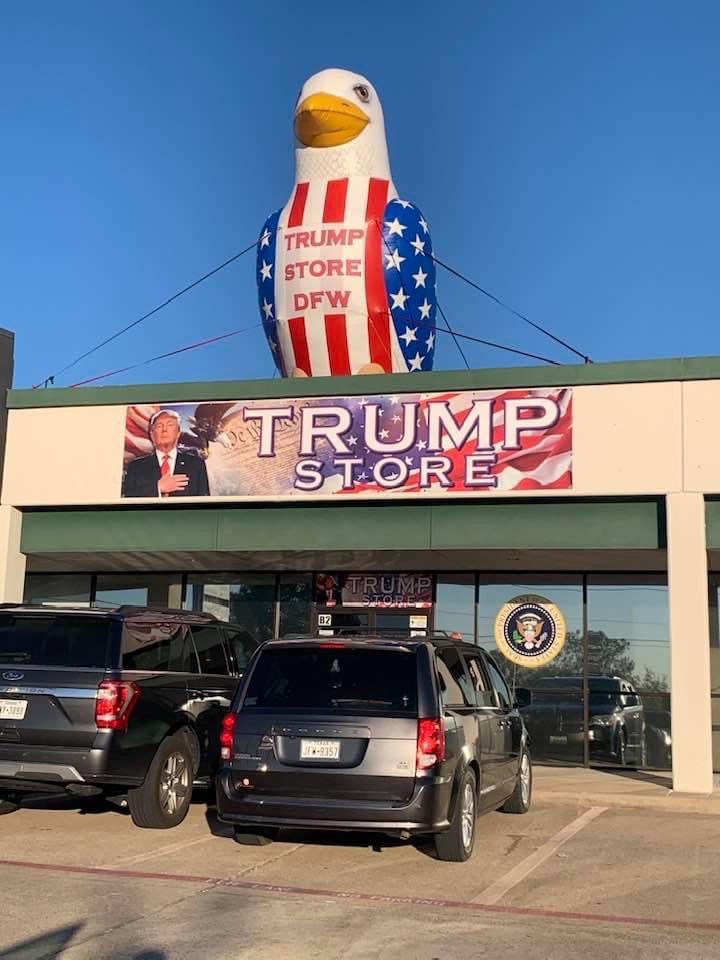 I hope this store has a massive clearance sale on Wednesday.

On Halloween morning, DaughterGeeding greeted us with, “Happy 500-something Martin Luther anniversary of hanging the 95 theses on the church door!” There was a lesson about that in one of her classes earlier in the year and the anniversary being on Halloween just stayed in her mind.

Despite the kinds not going out to trick-or-treat this year, WifeGeeding did a phenomenal job of making the night special for the kids. As a family, we carved a pumpkin, played truth or scare, bobbed for apples, play games, scavenger hunt for candy in the dark with the use of a headlamp, and watched some Scooby Dooby Doo Where Are You.

We did hand out candy and had a little over a dozen trick-or-treaters. I had a PVC pipe of about four feet long and used that to slide candy down to their candy bags and buckets. The University of Texas and Oklahoma State football game was on and went into overtime. I was stuck handing out candy but it was the first time BoyGeeding and I “talked football.” He would run over and tell me about the previous play, if it was a run or pass, yardage, down, and time left on the clock. I had a few questions from time to time but he answered them clearly. He told me this was a great learning experience for him and now he “actually understand down and distance.” It was a real sweet moment.

It’s despicable what that caravan of deplorable did to that Biden campaign bus traveling down the highway. And it’s sickening the Deplorable in Chief condoned it.

A lot of people who voted for Trump last year were quiet about it and that skewed polling data last year. I’m curious is that’s going to happen this year but with Republicans who voted for Biden.

Watching stories of voters in other states dropping off their ballots into official state voting boxes (somewhat dresembling a U.S. mail drop-off collection box) and being able to go online and verify their vote was accepted and tabulated the next day seems so foreign for this Texan. It makes me disappointed in our state leadership for putting us behind the times.

I’ve never seen a Sean Connery James Bond film. But then again, I haven’t seen many James Bond films. I suppose my favorite Connery films are Indiana Jones and the Last Crusade and The Rock.

No, Sean Connery did not write a mean letter to Steve Jobs – Following the James Bond actor’s death, the long-debunked “letter” has resurfaced

This was a last weekend of being forced to watch political ads while watching any live sporting event on television. The country will collectively breathe a sigh of relief.

Bye-bye coal, hello solar: Why Texas’ top power company, Vistra, is embracing clean energy – Since 2016, the Irving-based company has closed or announced the closure of 19 coal plants, and it’s investing $850 million in Texas renewables — with a lot more to come.

Predicting “FRAUD like you’ve never seen,” the language on Mr. Trump’s website opts contributors into making the weekly post-election donations “to ensure we have the resources to protect the results and keep fighting even after Election Day.” Users must proactively click to avoid making multiple contributions.

The unusual post-election revenue stream would help Mr. Trump pay off any bills that his campaign accumulates before Tuesday — a campaign spokesman said no such debts had been incurred — and could help fund a lengthy legal fight if the results are contested.

How Are Americans Catching the Virus? Increasingly, ‘They Have No Idea’ – New outbreaks used to be traced back to crowded factories and rowdy bars. But now, the virus is so widespread not even health officials are able to keep up.

As the coronavirus soars across the country, charting a single-day record of 99,155 new cases on Friday and surpassing nine million cases nationwide, tracing the path of the pandemic in the United States is no longer simply challenging. It has become nearly impossible.

Gone are the days when Americans could easily understand the virus by tracking rising case numbers back to discrete sources — the crowded factory, the troubled nursing home, the rowdy bar. Now, there are so many cases, in so many places, that many people are coming to a frightening conclusion: They have no idea where the virus is spreading.

A room, a bar and a classroom: how the coronavirus is spread through the air – The risk of contagion is highest in indoor spaces but can be reduced by applying all available measures to combat infection via aerosols. Here is an overview of the likelihood of infection in three everyday scenarios, based on the safety measures used and the length of exposure

“I am grateful that the Army has agreed to change its uniform policy at West Point to be more inclusive for female cadets,” Hassan said in a statement. “Uniforms are an important part of military academies’ culture, and ensuring that female cadets have uniforms that fit is essential to making them feel included in a space that has been historically male-dominated.”

The senator wrote to Army Secretary Ryan McCarthy on Oct. 5 asking he review the policy and explain why women weren’t offered the female sizes of the Army Combat Uniform, known as the ACU, during their issuance of gear, even though the uniforms are sold in the base’s Post Exchange. This left women to pay out-of-pocket for better-fitting uniforms

We Have Never Had Final Results on Election Day

In reality, the scenario Mr. Trump is outlining — every vote in a modern election being “counted, tabulated, finished” by midnight — is not possible and never has been. No state ever reports final results on election night, and no state is legally expected to.

Americans are accustomed to knowing who won on election night because news organizations project winners based on partial counts, not because the counting is actually completed that quickly. These race calls mean Candidate A is far enough ahead that, given the number of outstanding ballots and the regions those ballots are coming from, Candidate B would realistically be unable to close the gap.

The difference this year is not the timing of final results — those will come, as always, by the certification deadlines each state has set, ranging from two days after the election in Delaware to more than a month after in California. The difference, rather, is when news organizations are likely to have enough information to make accurate projections.

If, as Mr. Trump suggested, courts were to force states to stop counting after Nov. 3, it would be an extraordinary subversion of the electoral process and would disenfranchise millions of voters who cast valid, on-time ballots.