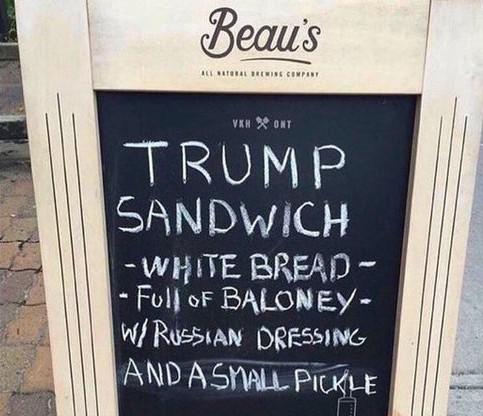 I noticed when President Trump was walking towards Marine One for his trip to Walter Reed, he did this tap on his right thigh before he boarded. I saw him do the same thing yesterday after he exited the doors of the hospital, but it was a double-tap. It’s time for a good ol’ conspiracy theory. This is like something out of the first season of Homeland. I bet it’s a signal to Putin that he understands his instructions and that he successfully carried them out.

Here’s a house for any of you local Dallas folks that love playing sports.

For any fans of the old Las Vegas “Star Trek: The Experience” at the Hilton, you may enjoy this old behind-the-scenes footage.

That's not how HIPAA works.

I should know…I wrote it. https://t.co/tgwxH8EW7A

It’s nice to see the official Twitter account for the Trump Campaign welcome the president’s return to the White House with dignity and grace.

As liberal as San Francisco is, you know their fans are fuming at this.

In America, our Presidents have generally avoided strongman balcony scenes — that’s for other countries with authoritarian systems.

Don’t cry for my Covid-tina…..

Be it as it may, he’s still ill and having difficulty breathing. That walk up the stairs did a doozie on him.

This is a textbook example of increased work of breathing. In addition to using normal respiratory muscles (the diaphragm & those between the ribs that expand the chest cavity), “accessory muscles” in his neck are kicking in to help draw a breath
pic.twitter.com/D2osX583U2

A couple secure in their marriage.

The most recent weeks are concerning for the beginning of exponential growth.

I’ll share some stats and more reflective thoughts in this thread.