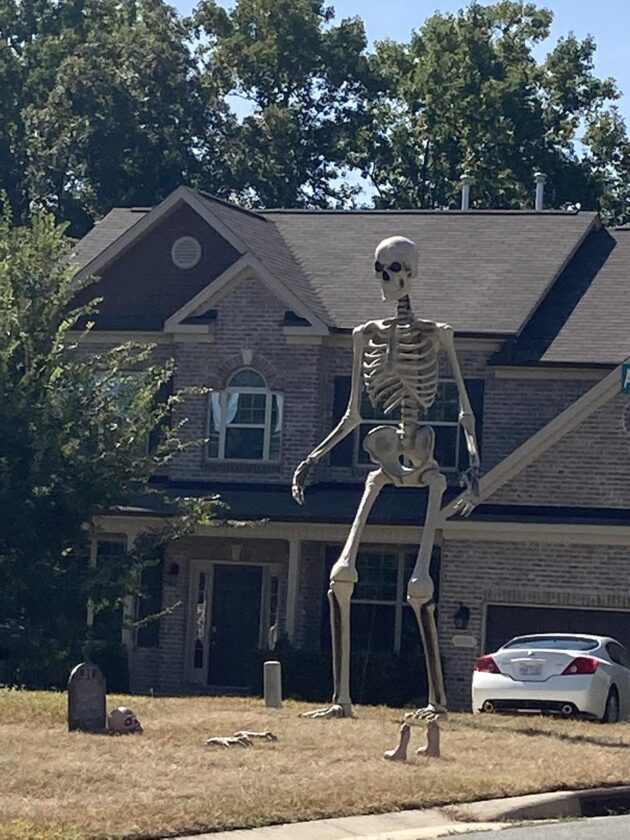 Burned in my mind is an image of a makeup-less Donald Trump walking around in a hospital gown with his backside fully exposed.

I understand the White House wants to project calm, but they are doing a poor job at the propaganda. They released a photo of the president at work signing documents, but a closer look shows he’s signing nothing but blank papers.

ZOOM: @realDonaldTrump appears to be signing his name to a blank sheet of paper in this photo. pic.twitter.com/xlNX24CXn4

They also released a four-minute video of him providing an update, and they noticeably edited out a cough. I have a feeling Trump just wanted to shoot it in one take and someone thought it would be best to just edit it.

Whatever happens when Trump says "therapeutics" here is a strange moment in the video he posted this evening pic.twitter.com/TaaG13AH2E

Trump has always had wacky doctors taking care of him. Dr. Bornstein, his physician for 36-years, was introduced to us four years ago after writing that ridiculous letter.

Then, there was Dr Jackson, who is now running for a Texas congressional seat, who thought he could diagnose a person he hasn’t seen in years and from half a country away, without even seeing his vitals. Lest not forget, Jackson was nominated to be secretary of veterans affairs, but withdrew himself from consideration amid allegations he fostered a hostile work environment and behaved inappropriately on the job.

And now we have overly tailored Dr. Conly who can’t even answer any simple questions about what he said and supposedly misspoke which resulted in the White House issuing a statement. I have a feeling someone gave him that lab coat and he felt compelled to wear it. If not, the man must be egotistical putting the presidential seal on his lab coat. Heck, the seal on his lab coat is larger than any presidential seal any president has worn, it’s not even that large on the president’s Air Force One bomber jacket. And finally, Conley doesn’t have an M.D. degree. Instead, he has a D.O.: Doctor of Osteopathic Medicine. I’ve been treated by D.O.s for many years and have no issue with my care, but like most folks, we settle for a D.O. and prefer an M.D. Is he wearing that obnoxiously large presidential seal because he’s compensating that he isn’t an M.D.?

In case you were curious what his hospital room looks like: 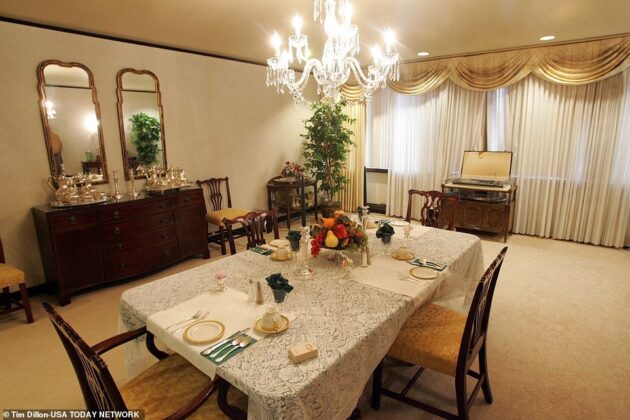 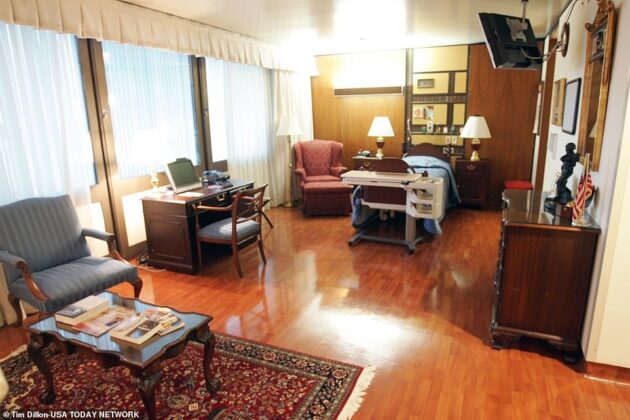 Here’s LBJ visiting Ike and MacArthur at the presidential suite at the old Walter Reed.

After one of his final severe heart attacks, ex-President Eisenhower gets a visit from President Johnson in the Presidential suite at the old Walter Reed Army Hospital, 1968: pic.twitter.com/r0W0SViXhx

FDR was an amateur architect, drew this 1937 sketch for what is now Walter Reed National Military Medical Center in Bethesda, Maryland: pic.twitter.com/Orby6RH5OL

There’s a new heavily armed militia we’ll be hearing more about in the future. Just some folks who want to peacfully demonstrate and express their Second Amendment rights. I’m sure nobody has a problem with this, and any fear or concern is irrational.

About 400 members of the “Not F—ing Around Coalition,” a Black, Atlanta-based militia, marched in downtown Lafayette without incident Saturday and were joined by about 200 other demonstrators.

The Debate On Power Posing Continues

Power posing or postural feedback is a technique that suggests how you hold your body influences how you feel and how you behave.  Over the last decade, naysayers labeled power posing a pseudoscience, and the intense debate over the validity of power posing research culminated in death threats and bullying. Now, more research has confirmed the effects are real, and a new generation of researchers is honing in on exactly how our posture and stance impacts our thoughts and behavior.

Yesterday, former local television reporter Steve Stoler posted video on his Facebook page of a large crowd at Canton’s First Monday ignoring every social distancing guideline in existence without a single mask being worn in view. I bookmarked it to post it here, but he removed the post. East Texas is gonna East Texas, no changing that. Lady Bird Johnson was born in East Texas, and she wasn’t afraid to wear a mask..