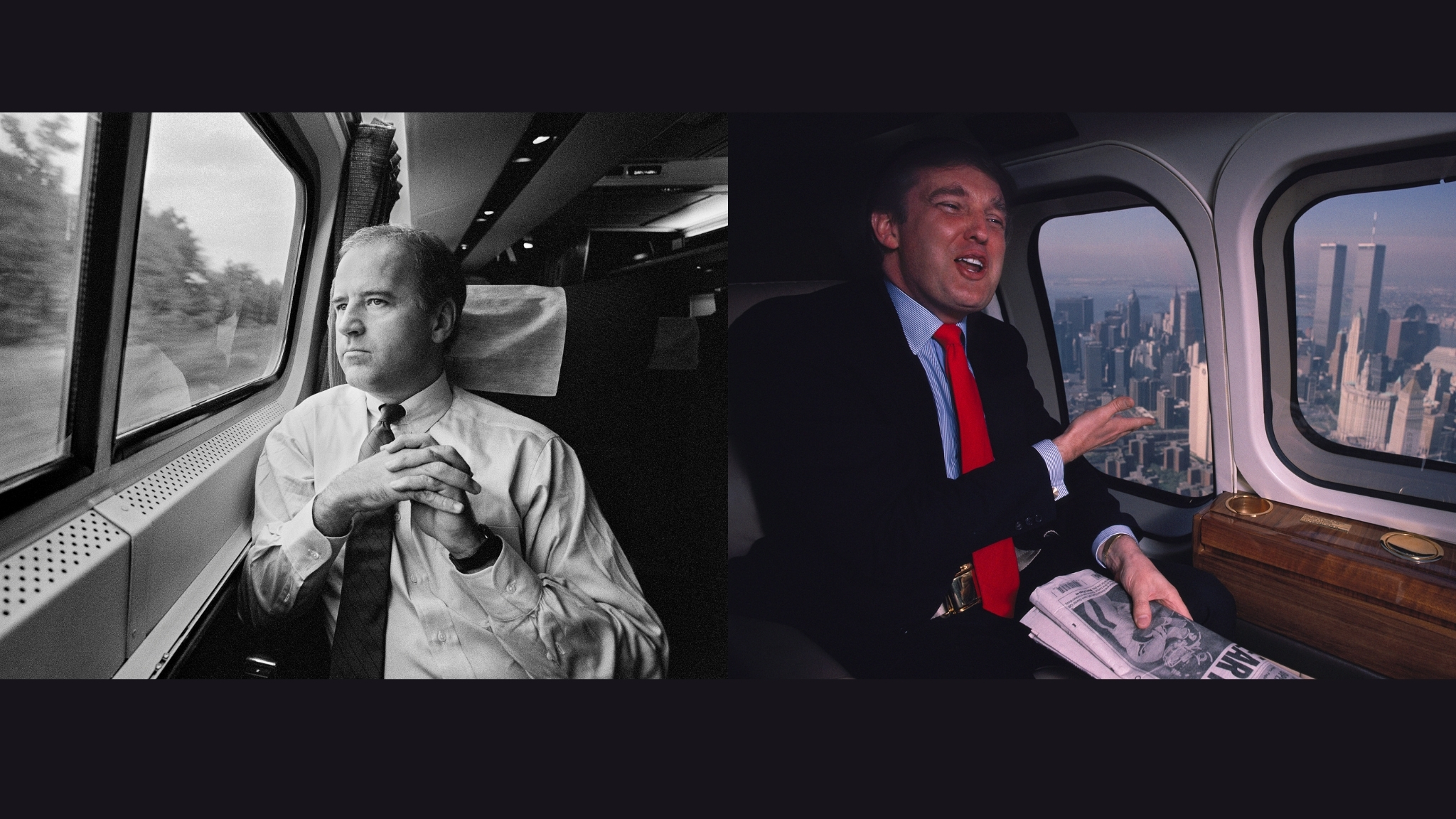 Maybe it’s because of COVID-19, but one thing I haven’t heard from the debates was the “spin room’. I suppose that’s a good thing.

How Texas went from low voter turnout to nation’s top early voting state – From coronavirus concerns to changing demographics of new voters, a record number of people have voted in a state known for voter suppression tactics

In a tidal wave of political engagement, more than 7 million Texans have already cast a ballot during the general election, the vast majority in-person. The numbers are propelling what is historically one of the lowest voter turnout states to the top of the nation’s leaderboard in terms of the sheer number of people who have voted thus far. That groundswell of participation is even more striking in context, as democratic hurdles remain ever-present at the polls while fears of Covid-19 also loom large.

“What we’re seeing is that Texans will crawl through broken glass to be able to make sure their voices are heard this election,” said Abhi Rahman, communications director for the Texas Democratic party.

In the midst of the early voting period, extended by Governor Greg Abbott amid the coronavirus pandemic, approximately 43% of registered voters statewide had voted as of Sunday, logging more than 80% of the total turnout from four years ago with over a week left in the election.

Since this is paywalled, I’ll excerpt a few stats from the article about Dallas area donations. These are donations recorded since April.

Most of the zip codes around Dallas had far more Biden donors, but raised more money for Trump. In fact, not one single zip code in Dallas city limits had more Trump donors, although there are some in Garland and Irving and Mesquite.

Cruz is a snake.

.@tedcruz: "I'm very worried about the debt…Now, to be fair, Trump didn't campaign on cutting the debt."@jonathanvswan: "He did. He said he was gonna eliminate the national debt in 8 years."

The Tortured Self-Justification of a Trump Enabler

Officially, there’s little daylight between the party and the president, and this Republican works for one of the most powerful people in the country, which means, looked at in one way, that he’s working for Trump, too. “If you ask the average well-informed observer,” he said, “I think they would say most every Republican is working for him.”

This Republican works for one of the most powerful people in the country. Read that sentence again. Does it mean anything to you? When you think about it, it could mean almost anything, couldn’t it? He might work in the White House. He might be the vice-president. Or he might just work for the vice-president. He might be a member of the president’s Cabinet. Or he might work for a member of the president’s Cabinet. He might work on the president’s reelection campaign or for the Republican National Committee. He might be in congressional leadership or a member of the leadership’s staff. The chairman of a powerful congressional committee or the chair’s chief. The director of the deep state or the director’s intelligence agent. Someone you’d recognize or someone you’ve never heard of.

He was of the Establishment but never deluded about the righteousness of his chosen side. George W. Bush, for instance, couldn’t earn his support because of “how badly he had fucked up” the Iraq War. “I still don’t think Republicans have been held to account completely for that,” he said. The election of the country’s first Black president gave life to right-wing extremism, and over eight years, polarization and negative partisanship — or hatred of the other side — accelerated as it hadn’t since the Gingrich revolution. By the end of the Obama administration, the party sounded more like Glenn Beck than Barry Goldwater, and although mainstream conservatives liked to pretend that the “crazies” said little about them, there was no denying that a fear of such people motivated much decision-making in Washington. This transformation all but invited what happened next.

Yet, eyes open, the Republican hadn’t anticipated a moral inconvenience like Donald Trump. “We were still fundamentally sane until Trump became the nominee,” he said of his party. Like just about everybody else, he didn’t believe Trump’s campaign was serious at first and didn’t believe he would win the Republican nomination. “I was one of those idiots. I remember telling family members there was zero percent chance,” he said. “When he became the nominee, I almost quit.”  But he didn’t. Instead, when the test came, he found it was possible — easy, even — to put up with what he didn’t agree with and didn’t want to be associated with in order to climb and survive in Washington.

Note: Mel magazine’s has a lot of mature content and it could be one of those sites you wouldn’t want to visit at work. But I can relate to the article title of the article a little bit. I’ve been married over 17-years and still feel guilty having sex. But I’ll be honest, I haven’t ready anything more than just the title. I’m not blaming anyone or anything for this guilt, I’m just stating I have it.

The Lifelong Guilt Trip Of Abstinence Pledges And Purity Balls – ‘It took both talk therapy and physical therapy to even be able to have sex as an adult. There was still that guilt looming over me. It was very hard to shake. I’m now married, and sex can still sometimes be difficult and painful.’

What’s a newspaper presidential endorsement worth? – Not much, really. And yet every four years we go through the motions.

The New Yorker has an excerpt of former President Obama’s upcoming memoir. That’s a bit interesting considering they once had a controversial cover with he and his wife depicted as fist-bumping terrorists.

I cut and pasted the section about how his administration handled H1N1 after the jump. I was surprised to learn he sought out advice from the Ford Administration’s 1976 swine-flu response team. It was handled exactly as you’d hope your government would handle a global pandemic as defined by the World Health Organization. For the life of me, I don’t understand why Biden and his team haven’t highlighted this more in their messaging and during the debates.

In the course of the spring and summer of that first year, as we wrestled with the financial crisis, two wars, and the push for health-care reform, another unexpected item got added to an already overloaded agenda. In April, reports surfaced of a worrying flu outbreak in Mexico. The flu virus usually hits vulnerable populations like the elderly, infants, and asthma sufferers hardest, but this strain appeared to strike young, healthy people—and was killing them at a higher than usual rate. Within weeks, people in the United States were falling ill with the virus: one in Ohio, two in Kansas, eight in a single high school in New York City. By the end of the month, both our own Centers for Disease Control and the World Health Organization had confirmed that we were dealing with a variation of the H1N1 virus. In June, the W.H.O. officially declared the first global pandemic in forty years.

I had more than a passing knowledge of H1N1 after working on U.S. pandemic preparedness when I was in the Senate. What I knew scared the hell out of me. Starting in 1918, a strain of H1N1 that came to be known as the “Spanish flu” had infected an estimated half a billion people and killed as many as a hundred million—around five per cent of the world’s population. In Philadelphia alone, more than twelve thousand died in the span of a few weeks. The effects of the pandemic went beyond the stunning death tolls and the shutdown of economic activity; later research revealed that those who were in utero during the pandemic grew up to have lower incomes, poorer educational outcomes, and higher rates of physical disability.

It was too early to tell how deadly this new virus would be. But I wasn’t interested in taking any chances. On the same day that Kathleen Sebelius was confirmed as H.H.S. Secretary, we sent a plane to pick her up from Kansas, flew her to Washington to be sworn in at a makeshift ceremony in the Oval Office, and immediately asked her to lead a two-hour conference call with W.H.O. officials and health ministers from Mexico and Canada. A few days later, we pulled together an interagency team to evaluate how ready the United States was for a worst-case scenario.

The answer was that we weren’t at all ready. Annual flu shots didn’t provide much protection against H1N1, it turned out, and, because vaccines generally weren’t a moneymaker for drug companies, the few U.S. vaccine-makers that existed had a limited capacity to ramp up production of a new one. Then, we faced questions of how to distribute antiviral medicines, what guidelines hospitals used in treating cases of the flu, and even how we’d handle the possibility of closing schools and imposing quarantines if things got significantly worse. Several veterans of the Ford Administration’s 1976 swine-flu response team warned us of the difficulties involved in getting out in front of an outbreak without overreacting or triggering a panic. Apparently, President Ford, wanting to act decisively in the middle of a reëlection campaign, had fast-tracked vaccinations before the severity of the pandemic had been determined, with the result that more Americans developed a neurological disorder connected to the vaccine than died from the flu.

“You need to be involved, Mr. President,” one of Ford’s staffers advised, “but you need to let the experts run the process.”

My instructions to the public-health team were simple: decisions would be made based on the best available science, and we were going to explain to the public each step of our response—including detailing what we did and didn’t know. Over the course of the next six months, we did exactly that. A summertime dip in H1N1 cases gave the team time to work with drugmakers and incentivize new processes for quicker vaccine production. They pre-positioned medical supplies across regions and gave hospitals increased flexibility to manage a surge in flu cases. They evaluated—and ultimately rejected—the idea of closing schools for the rest of the year, but worked with school districts, businesses, and state and local officials to make sure that everyone had the resources they needed to respond in the event of an outbreak.

Although the United States did not escape unscathed—more than twelve thousand Americans lost their lives—we were fortunate that this particular strain of H1N1 turned out to be less deadly than the experts had feared. News that the pandemic had abated by mid-2010 didn’t generate headlines. Still, I took great pride in how well our team had performed. Without fanfare or fuss, they not only helped keep the virus contained but strengthened our readiness for any future public-health emergency—which would make all the difference several years later, when the Ebola outbreak in West Africa triggered a full-blown panic.

This, I was coming to realize, was the nature of the Presidency: sometimes your most important work involved the stuff nobody noticed.