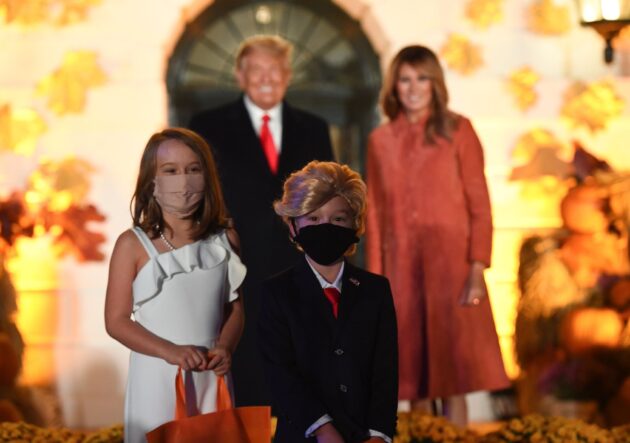 We made a quick trip to the Flower Mound Pumpkin Patch just to take our annual photos of the kids standing in front of the scarecrow height chart. There’s a funnel cake stand you can smell from a mile away. While WifeGeeding waited in line, she heard one woman referenced how good and strong the smell was. The man with the woman said he couldn’t smell a thing. That got WifeGeeding’s attention, thinking that may be a symptom of COVID, so she made sure to keep her distance.

Looking at Howie Long yesterday was odd because of all the makeup on his face. It was like he took a page of of the Trump playbook. The foundation was thick and much, much darker than the sans-makeup hands.

Seeing how hard it was for Andy Dalton and his backup Ben DiNucci play behind such a fragile offensive line really gives you an appreciation of the lemonade Dak Prescott was able to make. 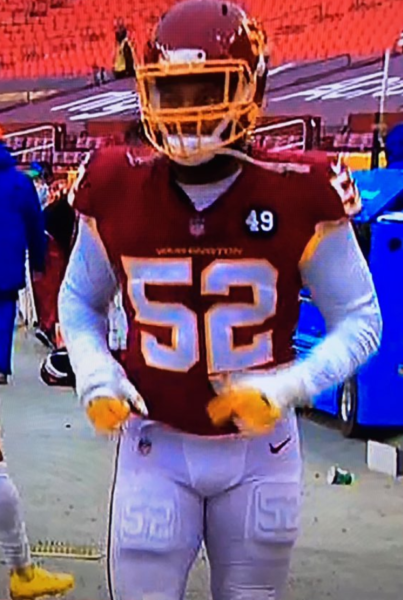 There was a lot of news on Friday about an astronaut on the International Space Station voting from space. That’s typical Texas, I guess. We let someone vote from space, but the governor signs an executive order saying only one ballot box for mail in ballots can be used per county.

There was some buzz on social media if this was First Lady Melania Trump Marine One or a fake hired by the campaign (yes, I’m also thinking of the movie Dave. The more I look at it, the more befuddled I get. I think what throws me off the most is that she’s simply smiling and looks joyful. But there’s something off the facial features or the chin. I’m not saying I think it’s a fake, just that it seems off despite believing it is her. She looks more like Erin Andrews. How sad we aren’t able to see such a delightful smile more often. 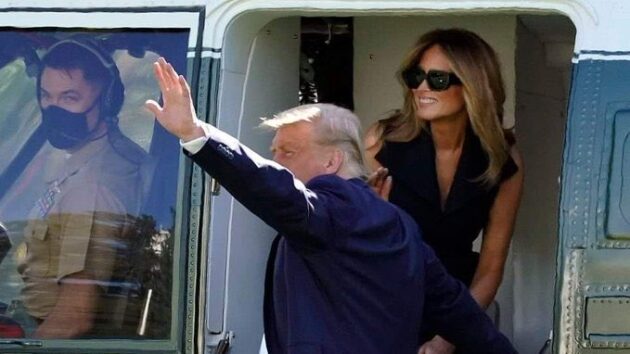 Bently has upped the luxury game by now offering stone veneers. In the event of an accident, I’d fear shards of stone coming my way.

Of all the things we never expected to encounter in an automotive interior, genuine stone probably tops the list – second only maybe to whale foreskin.

But Bentley’s ultra-luxurious bespoke division, Mulliner, is no stranger to firsts, and indeed, the company has now added stone veneer to the extensive menu of options available to its exclusive, well-heeled clientele. The veneers are made from slate and quartzite, with four different colors available: Autumn White, Copper, Galaxy, or Terra Red. If you now find yourself wondering how much said stone veneer weighs, don’t worry; at just a tenth of a millimeter thick, it can’t be much.

Sad news for a lot of my fellow U2 fans who have followed @U2 for the latest and greatest news on U2.

Thank you to all of our readers. After 25 years, it's time to say goodbye. https://t.co/qamaRp8i4g

How the heck was this person ever able to write prescriptions.

Fake Virginia psychologist gets 11 years in prison: ‘I don’t think I’ve ever seen a case in which non-violent acts caused so much damage’

A judge in Virginia has sentenced a woman to 11 years in prison for pretending to be a psychologist and treating more than 100 patients, most of whom were children.

The prison sentence that Stafford County Circuit Court Judge Charles Sharp handed down Friday to Sharonda Avery, 44, was well above the recommended term under state guidelines, which called for a maximum of two years and three months.

Avery practiced for about three years at the former Pediatric Partners for Attention and Learning in Stafford, an office run by a real doctor.

Avery was accused of prescribing medication for nonexistent conditions and failing to properly diagnose conditions that patients did have. She also testified in court while posing as a medical expert.

Biden campaign launches ‘TrumpCovidPlan.com’ — a site that reads ‘Not Found’

After eight months of this pandemic, we finally found President Trump's plan to beat COVID-19. https://t.co/KO4g328Uvr

As lawyers, it’s always helpful for us to study the work of those who’ve gone before us, so I offer for your consideration, as well, a letter written by then-Alabama AG Bill Baxley in 1976 to the Grand Dragon of the KKK who was trying to intimidate him. pic.twitter.com/XrKTluz0XU

Grubes, formerly of KTCK The TICKET, has made it in Texas Monthly. I once had my name in Texas Monthy, I’ll see if I can find a copy of it and take a picture. It was the 30th anniversary issue and had Texas Women Kay Bailey Hutchison, Norah Jones, Sissy Spacek on the cover.

The Texas Rangers didn't make it to the World Series, but the team's DJ did.

For Michael Gruber, or Grubes, as he's known to fans, this twist is just the latest curveball this year's thrown at him. https://t.co/ZLxlcd0NNB

This is just outstanding. Local affiliate coverage from 1985 of a new movie called Hoosiers being shot in small town Indiana … pic.twitter.com/hWx4MBPm5N

Washington Post now reports that over 47 million Americans have now already voted—more than the entire figure for 2016. Thus it’s harder for tonight’s debate to have the kind of late impact we saw with Reagan-Carter in 1980.