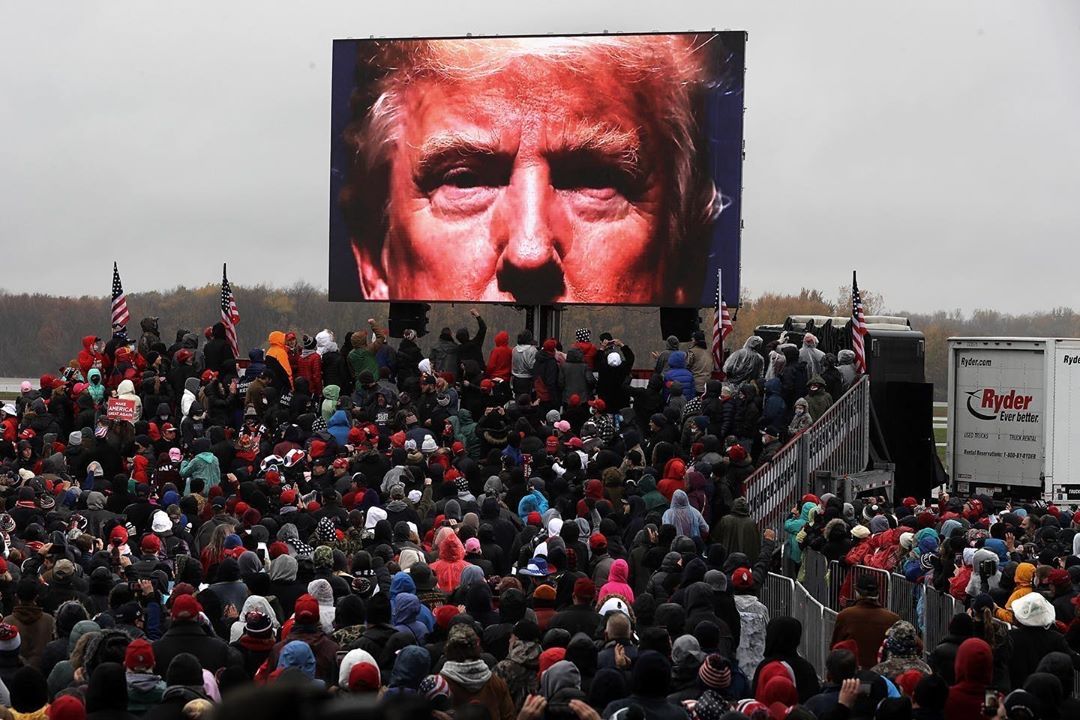 I set a goal to finish John Dickerson’s book The Hardest Job In The World – The American Presidency before the election and I did so with a week to spare. While I wouldn’t consider it great, I thought it was very, very good and should be required reading for new administrations or anyone about to work for the president.

I really enjoy reading on the Kindle. Not only is the e-ink very easy on the eyes after a full day of staring at a monitor, if I want to know the definition of a word or a brief biography of a person, all I have to do is select the text. I have mine set up to tell me the percentage of the book I’ve read, but with a book like this can be misleading since there’s a large bibliography and notes section. For instance, when I read the last page on the acknowledgements, it showed I was only 64% finished with the book.

Next up, the just released Matthew McConnaughey book.

F the current President is re-elected, WE WILL NOT RAISE THE RENT FOR AT LEAST 2 YEARS!

Voting is your choice and we are not telling you how to vote. We are just informing our tenants what WE will do according to the election results.

I had no idea he owned that trademark.

Yes it’s true I own the trademark for clothing for City of Champions. So anyone in LA got any ideas … https://t.co/6Vz9Itjweg

This is an uncomforting statement from Trump son-in-law and advisor Jared Kushner – “Trump’s now back in charge. It’s not the doctors.”

What is it with Republicans not wanting more people take part in democracy? Oh, nevermind.

Republicans weren’t happy about Facebook’s push to register more voters – The network claims to have registered 4.4 million new voters for the 2020 US election

Facebook’s voter information center was planned as a nonpartisan push to register voters, but it ran into unexpected trouble from Republicans. A new report from BuzzFeed Newsreveals that six Republican secretaries of state contacted CEO Mark Zuckerberg in September to ask him to discontinue the project.

“While such goals may be laudable on their face, the reality is that the administration of elections is best left to the states,” read the letter, obtained by Common Cause through a public records request. “The Voting Information Center is redundant and duplicative of what we, as chief election officials, have been doing for decades.”

The letter was sent directly to Zuckerberg from the secretaries of state of Alabama, Idaho, Kentucky, Louisiana, Mississippi, and West Virginia, all working on behalf of Republican state governments.

Many thanks to a loyal reader who saw a need and decided to fill it. I mentioned I was curious to know what the national media thought of our new ballpark and he sent me this great ESPN article.

World Series 2020: Our impressions from inside Globe Life Field

Three of our reporters — Alden Gonzalez, Jeff Passan and Jesse Rogers — have been covering the Fall Classic from MLB’s newest ballpark. We were curious about a stadium few have seen in person, so we asked them a few questions.

Here’s the first question and their corresponding answers:

Alden Gonzalez: It’s a modern, bigger, more comfortable, yet less charming — and in my opinion, unnecessary — version of the old place.

Jeff Passan: It’s fine. Retractable roofs are never not cool, and the knowledge that in the hot summer months fans won’t bake in the sun makes it a clear upgrade. Aesthetically, there’s nothing particularly inspiring about it. Because they’re operating at a quarter of capacity, the full range of amenities remains unclear.

Jesse Rogers: It’s both intimate and big at the same time. There’s good and bad in that assessment. It feels cozy, especially if you’re in the lower bowl, but the tradeoff was going straight up. If you have a fear of heights, this is not the park for you. Five levels up makes for a great view of a hockey game — but not for baseball. The video scoreboard screams Texas big and is easier to watch from up high than the live action.

Here are the other questions asked about our crossbred baby from a Costco, a Lowe’s garden center, and a large tin barn.

You can tell this national writer hasn’t really experienced a long hot Texas summer, “Least favorite is the dome itself. OK, it’s cool when it opens and closes, but this is Texas. Besides the occasional storm, what’s the need for a dome? I like the conditions playing a part in the action.” That writer also complained about how “high” the park was, which seemed weird.

Propane heaters are the new toilet paper – Restaurants are “winterizing” to accommodate outdoor dining in the chilly months. And some items they need are in high demand—and seeing surging prices.

If it weren’t for the electoral college, we would all feel calm and confident right now. It’s an obscenity that enables this minority rule.

The Anonymous White House Insider Who Wrote ‘A Warning’ Just Revealed Himself.

In an article posted to Medium, Miles Taylor revealed himself to be the writer and White House insider behind an anonymous 2018 New York Times op-ed (“I Am Part of the Resistance Inside the Trump Administration”) and the subsequent book “A Warning,” published in November 2019. Taylor served as chief of staff to former Homeland Security Secretary Kirstjen Nielsen and Acting Secretary Chad Wolf.

I like the way he started the article, with this quote from Theodore Roosevelt.

To announce that there must be no criticism of the President, or that we are to stand by the President, right or wrong, is not only unpatriotic and servile, but is morally treasonable to the American public. Nothing but the truth should be spoken about him or anyone else. But it is even more important to tell the truth, pleasant or unpleasant, about him than about anyone else.

I like the way he ended the article, with this quote from Abraham Lincoln.

We are not enemies, but friends. We must not be enemies. Though passion may have strained it must not break our bonds of affection. The mystic chords of memory, stretching from every battlefield and patriot grave to every living heart and hearthstone all over this broad land, will yet swell the chorus of the Union, when again touched, as surely they will be, by the better angels of our nature.

people of twitter… i’ve officially made it.
i’m on a 90’s puzzle. (a puzzle!)
i mean… pic.twitter.com/Smw1f5mKaY