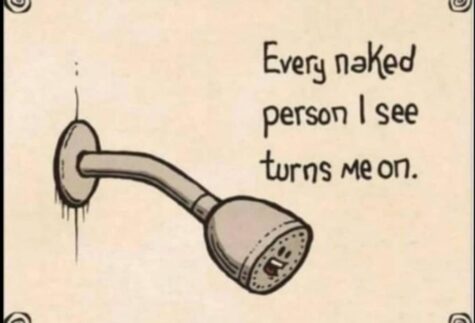 Yesterday, Gordon Keith of The TICKET, stated Ruth Bader Ginsburg will be the first woman to lie in state at the U.S. Capitol. Initially, I knew he was wrong because I remembered Rosa Parks had that honor. But technically, Parks was a citizen, and a citizen can only lie in honor. RGB was a government official, so she will lie in state. But before that, she will lie in repose at the Supreme Court. Repose is just a less formal distinction than state or honor.

The South Pole has no official time zone.

I always thought all college instructors, even athletic coaches, needed at least a master’s degree to be an employee. As far as I know, and I did a small amount of research, Deion Sanders, the new Jackson State head football coach, is not in possession of one.

An entire village lost its broadband at the same time every day for 18 months. Now we know why

For 18 months, residents of a village in Wales have been mystified as to why their broadband internet crashed every morning. Now engineers have finally identified the reason: A second-hand television that emitted a signal that interfered with the connection.

The cover to John Boehner’s new memoir is quite interesting. If he were wearing pajamas, he’d look like Hugh Hefner. It also looks like an ad for a steakhouse. 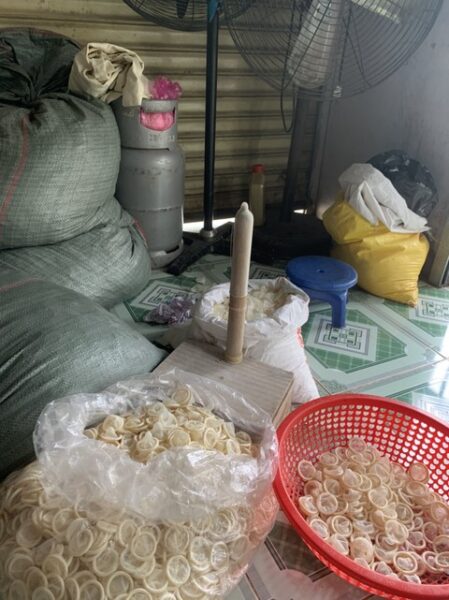 Market authorities in Binh Duong Province have seized 324,000 used condoms that were about to be cleaned and resold in the market.

Besides the used condoms weighing 360 kilos in total, inspectors also found thousands of condoms that had been packed and readied for sale, without brand names.

Ngoc said around once a month, “somebody” delivered thousands of used condoms to her.

Her job was to clean, dry and sort the condoms before making them look fresh again for new customers.

I’m sure everyone’s initial reaction about this story is how gross this is, rightfully so. But when I look at the story, I think how poor that region must be for this to be a viable business. Then, my heart breaks when I think about the people doing this job. There are only doing it because they are being forced to, or they believe out of all the options they have to make money, this is the best. I guess I’m sympathetic because I have family in South Vietnam and I actually got to experience the poverty and witness a lot of things I didn’t want to. This story also reminds me of all those immigrants on the Vegas strip handing out call girl flyers. If you’ve been there, you know what I mean. It’s almost unbelievable how many of them there are, and how humiliating it has to be. Out of all the options they have to make money and provide ford themselves and their family, in the land of opportunity, they think that’s the best option.

Archaeologists unearthed 27 sarcophagi in an ancient Egyptian city of the dead. They’ve been sealed for more than 2,500 years.

The Prime Bike is Amazon’s first-ever connected fitness product, costing $499 — or roughly $1,500 less than Peloton’s flagship bike. Amazon’s bike has a similar look to a Peloton, but doesn’t have a screen to stream workouts.

The Prime Bike works with an app that streams fitness and cycling classes for a monthly fee. Prime Bike buyers getting a free 30-day trial. (Prime Bike users will need an iPad or laptop nearby to use the app for its cycling classes.)

It’s my understanding half of Europe’s garbage pickup is like this. This reminds of a story I’m sure I shared before. Some of you Mineral Wells folks may remember Coach Richardson, his wife was the French teacher. In his history class, he told us when he was in the military he served with a guy whose father came up with the idea of how a garbage truck picks up those large disposal bins. He had a card which allowed him to fly on any American Airlines flight for life. The only other time I heard of this was when Mark Cuban made a similar purchase.

Another Coach Richardson note. He was fighting cancer and wasn’t at school for a long while, but my father saw him somewhere out in public. He approached my father and told him that he was touched  that I stopped by for a visit and it was a real pick-me-up. Dad came home and bragged to Mom how proud he was of me. But the thing is, I never did that. As much as I wanted to soak in the praise, it wasn’t warranted and I just couldn’t accept it and told Dad he must have confused me for someone else. Dad said, no, he referred to me by name, but I still awkwardly argued he must have confused me for someone else.

It’s hard not to love someone dedicated to a bit. For the past five years, Demi Adejuyigbe has made a video in honor of Earth, Wind, and Fire’s “September”. You can view all five of them on this YouTube playlist. Here’s the latest and my favorite from 2019.