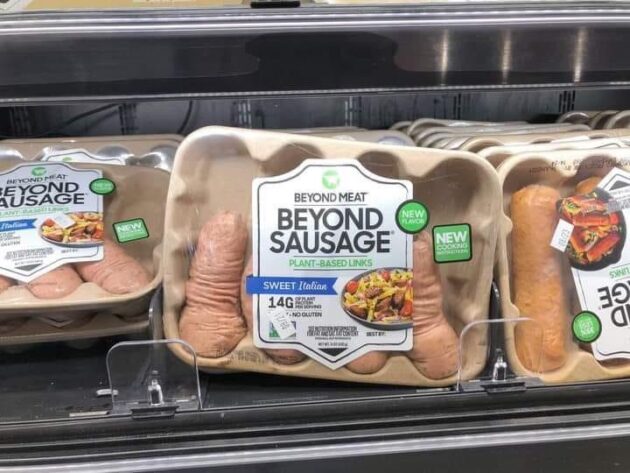 Saturday morning started off with the burial of BoyGeeding’s guinea pig, Lilly Noodle. DaughterGeeding first noticed the lifeless critter and placed a small American flag over his body. She then spoke to me and WifeGeeding, and then we broke the news to BoyGeeding who just broke down in tears. I have this sweet photo of BoyGeeding wrapped up in his mother’s arms with tears and snot dripping down, but posting it would just feel wrong, a violation of boundaries of some sort which I can’t adequately articulate.

I’m not even a hockey fan, and I found this insulting. Our local NHL club, the Dallas Stars, played and won a game-7 playoff game. I watched the NBC5 10PM sports segment and the game wasn’t even mentioned. There was a brief story on the Cowboys, who are doing nothing but practicing, and high school football highlights.

This Eastern Kentucky football player is an interesting-looking specimen.

I’m surprised this was even a consideration. I always used to pick up a copy when visiting what was then Carswell AFB.

Trump Says He Will Reverse Pentagon Plan to Close Newspaper That Informs and Speaks for Troops – The reversal on Stars and Stripes came as President Trump was in full defensive mode over reports that he had disparaged military personnel.

In select locations, Arby’s is selling meat by the pound.

News from across the pond.

President Donald Trump is shown firing an actor playing former President Barack Obama in a recently resurfaced video from 2012, when he was considering running for president.

The scene was reportedly made for the 2012 Republican National Convention, but was axed from the broadcast. There were reports that year that Trump would make some kind of surprise appearance on the first night of the convention. But those plans were scuttled because of the threat of a hurricane striking the Tampa region, where the convention was held.