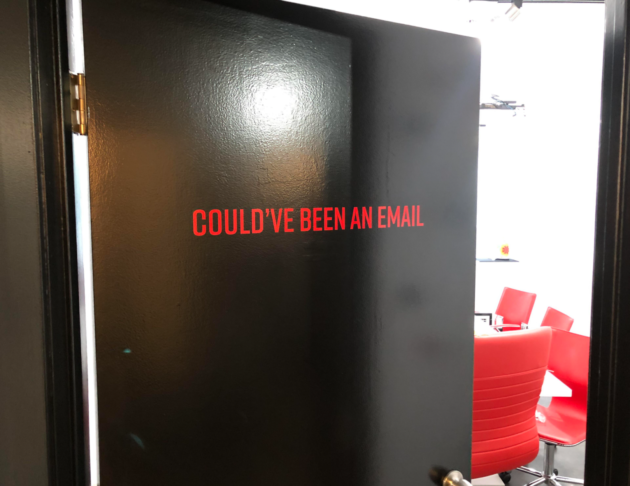 Every now and then I’ll run into a situation where someone will ask me to do something but I don’t think it falls under my purview. So I’ll decline to do it. In my mind, I’m not trying to be a Bartleby, it’s either someone is trying to take advantage of me or I have to prioritize other things. But one thing which will not convince me to change my mind is when the other person retorts with, “But all you have to do is…” If it’s such a miniscule thing which won’t take much time, then why the heck don’t you do it? Don’t make it where you think it’s an act that is beneath me, but not you.

Ten of the Atlanta Falcons offensive starting lineup are former first-round draft picks. When I first heard this stat on the radio, I thought they were saying all ten of them were former number-one overall picks.

I heard someone make the argument the reason we see so many people wearing Trump hats and waving Trump flags and even going as far as wrap their boat using his name is because never have we had a president bring this level of branding to the White House. I guess I never thought about it that way. I’d also argue we are just in a different era. Compare a high school football or even a little league baseball game and look at how everything is commercialized and marketed.

LiberallyLean’s office is nothing like I had imagined it. I find it funny how I posted a photo of me in my two-bit office last week and then he decides to one-ups me posting a photo of him in his high-tone Mr. One-Percenter office this week.

I recently read that almost all Disney hotel rooms no longer have a clock because they are no longer needed. Everyone uses their mobile phones as an alarm clock, so there’s no need to spend the expense.

Texas deputies, including those who killed Javier Ambler, reportedly got steakhouse gift cards for using force

“They had the intention that we were all ‘WilCo badass’ and if you went out there and did your job, and you had to use force on somebody and he agreed with it, then you would get a gift card,” Pisa said in an audio recording obtained by the Austin American-Statesman

The process involves covering your dining table with tin foil, then pouring tortilla chips all over it. In essence, the table is now the plate.

♬ you have to stop supporting trump – hannah_harpist