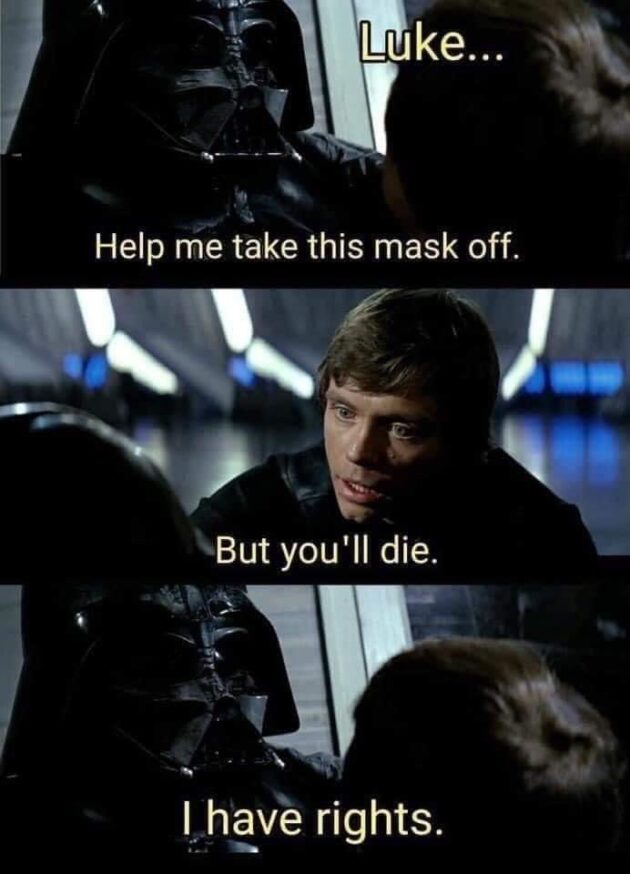 This domain name is about to become available to the public if I don’t do something about it.

The start of school is going to be nothing short of a disaster when it comes to COVID-19. I’ve already seen a plethora of pics posted on social media of highschoolers taking maskless group photos at parties and general group photos (e.g. drill team, band, senior class, etc).

My fellow Americans. Let’s be blunt, we are in the middle of an epidemic and it’s going to temperarily change our way of life. How long, well, it’s up to you, it’s up to all of us. But we’ll overcome this. I know this because, as a nation, we’ve done this before. Americans who endured the Spanish Flu in 1918 were tough,strong willed, utilized every weapon of modern medicine they could at the time. We are grateful they have set us up for victory as we face this current epidemic. So, let us honor them. Using the courage and lessons our ancestors have learned from their experience, we’ll conquer this virus and our own actions will serve as an example for future generations to follow. Let’s be part of that American legacy. They’ll look back proudly at how we banded together as a nation as we honored and took care of our neighbros doing the simpliest of things like wearing a mask, to providing wide spread testing, and equiping our medical professionals with the essentials to provide the fastest result for a vaccine.

This is an interesting idea but the story itself reminded me of seeing the first Spirit Halloween store in my neighborhood open about three weeks ago. Surely they don’t get customers every day? That must be a boring job, but there’s probably a lot of inventory and display work to get it up and running.

Amazon may turn dying JC Penney and Sears stores into warehouses – Malls may regain some relevance in the internet era.

A few months ago, DaughterGeeding came up to me and said she was worried about BoyGeeding. She said late at night when they talk, he says he feels sad for no reason and can’t explain why, and that this has been going on for a while. I told her the next time that happens, to send him to talk to me no matter how late it is. One night he came downstairs and asked to talk. He shared that he doesn’t understand why he feels sad sometimes, that sometimes he can go from happy to experiencing sadness but nothing happened to make him feel sad. We talked through things as I was trying to better understand his perspective and to see if anything was possibly trigging this experience. My goal wasn’t so much to fix it but just to show he could trust me and open up without feeling judged, thinking this sort of emotional bond needs to start now if I ever want him to be willing to share stuff with me when the s— hits the fan in his teenage years and he’s trying to cover something up. I couldn’t identify anything but told the eight-year-old that I think our mind works a lot like our body. That if we want to jump higher, we have to work out our muscles to strengthen them so it can be easier to jump. So, maybe our minds want to be happy or maintain happiness, but to do that, the mind has to remind itself about the sad so we can appreciate and recognize the happy, otherwise we might miss it or not know when happiness is around. I admit, I reached a bit and the analogy kinda fell apart. I actually think I said something different because it somewhat sorta made sense at the time. But anyways, he then said he thinks he understands and it’s probably a lot more like a flu shot. He then explained his thought in fine detail using terminology that surprised me, but in childlike speak. He basically said, “It’s like we inject ourselves with a little part of the dead form of the flu virus. And our bodies kinda like think the body is under attack so it creates special white blood cells to fight off the dead form of the virus which leaves us a stronger immune system to fight off a living form of the virus. So maybe the sad feelings are like the flu shot, like the sadness I feel is a dead part that can’t hurt me but it’s used to help my mind be prepared just in case some sad or bad stuff happens. Because if bad or sad stuff happens and I never got ready for it, when it first happens, it would be really bad, like really bad, like I would be really, really sad. But this way, it’s still bad, you know, but I can be better ready when it happens, so instead of being, I dunno, like 90-percent sad I would only be something like only 25-percent sad.”

I had no idea this area had rats this size.

Here’s a YouTube video of a woman doing a handstand on the blade of one of those power-producing windmills. 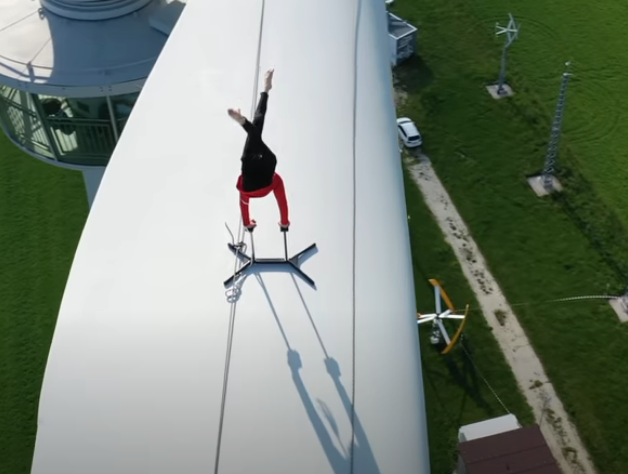