Tomorrow, BoyGeeding, a third-grader, will be taking a test over Latin and Greek vocabulary.

2020 continues to stink. Yesterday, Norm on The TICKET announced he’s been battling bladder cancer. The prognosis looks promising, but still.

When I said I was okay with President Trump accepting the nomination at the White House, that was with the expectation that it would be indoors and somewhat lowkey.

What was the over-under on the number of times “my father” would be said at the RNC.

I think Ivanka farted as she walked by and the First Lady got a whiff of it.

Somewhere in this photo is the First Lady. 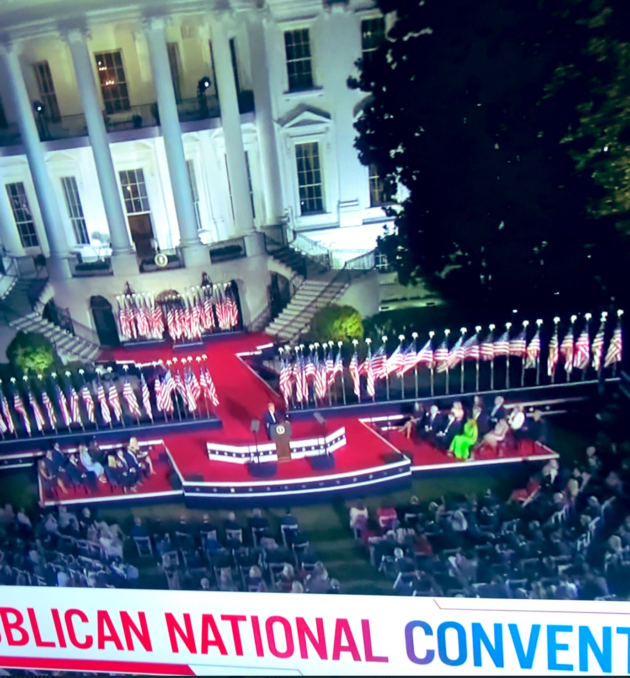 In case you are wondering, she’s wearing Valentino. The dress normally sells for $$5,500 but you can get it for 50% off.

I keep hearing how Trump is breaking the Hatch Act, but what good is such an act if it isn’t enforced? Also, what are the possible penalties? I’m reminded of the time the Supreme Court went against a decision of Andrew Jackson who then reported said of the Chief Justice, “John Marshall has made his decision; now let him enforce it!” It led to the Trail of Tears if I remember my history correctly.

Lol. Watch @ScottWalker turn off his own camera when the questions get tough. What a coward. pic.twitter.com/MhEp9VDfWn

I spotted this at the grocery store yesterday. 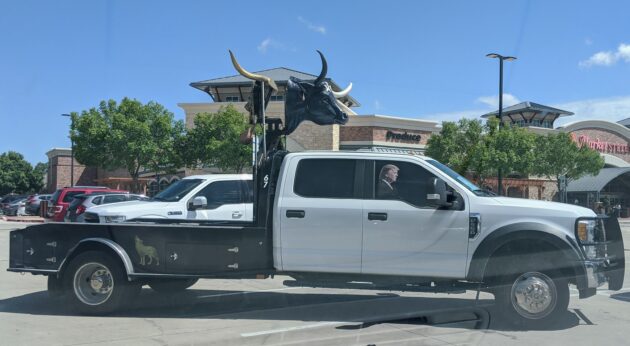 New York Times – Here’s What America’s Covid-Era Classrooms Look Like –
We asked educators to show us how they are preparing their classrooms to teach amid the coronavirus.

OtherDogGeedingII taking in the sun on an oversized teddy bear. pic.twitter.com/AAHSZuW7lq

Revealed: The Truth About What Really Killed Stevie Ray Vaughan – On the 30th anniversary the helicopter crash in Wisconsin, a lawyer who investigated the accident explains for the first time what went wrong.

Ronald Reagan sends you to do war crimes in the latest Call of Duty: Black Ops Cold War trailer

The trailer features a discussion of codename “Perseus,” a supposed KGB spy (based on real-life Cold War events) that new character Russell Adler says “will shift the balance of the Cold War” if they don’t do something to stop the plot. But when discussion of the legality of the mission arises, that’s when we get into murky territory. “Every mission we go on is illegal,” protests fan-favorite Black Ops character Frank Woods, who says a lot of innocent people will perish if they don’t stop Perseus.

Thankfully, this is when the president shows up to give the final word. “We’re talking about preventing an attack on the free men and women of the world. Give Mr. Adler whatever he wants,” says Reagan upon entering the room and commenting that it was him, in fact, that approved the Black Ops crew’s prior missions. “Gentleman, you’ve been given a great task: protecting our very way of life from a great evil. There is no higher duty, there is no higher honor, and while few people will know of your struggles, rest assured the entire free world will benefit. I know you won’t fail us.”

Reagan enters the scene around the 1:56 mark. The voice is spot on but the virtual animation or whatever you call it weirds me out.

Here’s an impressive 85-megapixel photo of the moon. 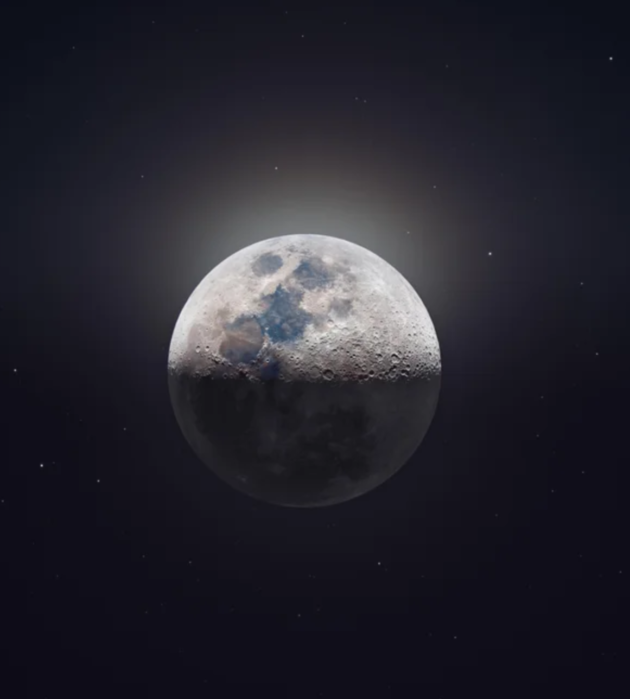