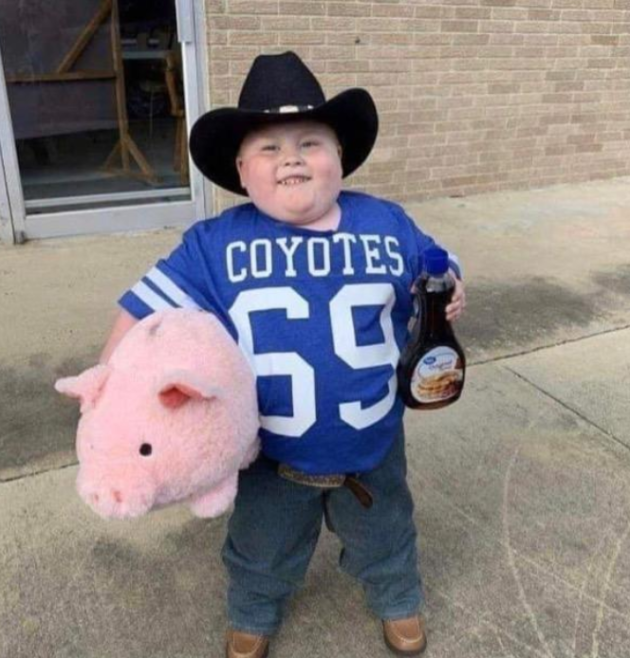 Regarding the photo above, yes, I know the actor the kid is portraying had a dramatic weight loss story and later died.

This is a nerdy and very adult admission, but you have no idea how happy I was after I discovered the TRIM function in Excel. It’s one of those things in which I wondered, “Where have you been all my life?” Also, I learned how to remove carriage returns, which was almost as joyful.

I forgot that up until 1990, McDonald’s used beef fat to fry their fries.

Yesterday, LiberallyLean mentioned AT&T Stadium’s glass doors, roof, and air pressure when opened. When I took the tour of the stadium in its inaugural year, that was one of the first things they told you. They said if they didn’t open them in a sequence, the pressure would literally destroy the roof, but I forgot the order.

ESCANABA, MI – In what state officials are describing tongue-in-cheek as a “brazen attack,” a bald eagle recently snatched a $950 drone belonging to the state of Michigan that was being flown to document shoreline erosion damage in the Upper Peninsula. After a brief tussle, the big bird ripped off one of the propellers from the small spinning aircraft and sent it to the bottom of Lake Michigan near Escanaba, state workers said.

The Lincoln Project is about to come out swinging. I’m interested to see how the punches will land.

“We’ve … been doing this with a purpose,” Madrid said. “These ads have been running in limited runs as we check the analytics to see how the response is. And now, in the last 80, 90 days, it’s all about execution. So we’re now putting the money and the firepower behind it in eight key states where we think it will make a difference by moving Republican votes.”

Dr. Sanjay Gupta: Why I am not sending my kids back to school

Sunday Lawn Care is a unique online and mail business. They start by sending a soil test kit and then combine that with weather data to create a custom nutrient plan. The tailored plan is delivered up to three times per year and includes products that are non-toxic and safe for kids and pets.

Russell Kirsch, Inventor of the Pixel, Passed Away This Week

Computer scientist Russell A. Kirsch, the inventor of the pixel and an undisputed pioneer of digital imaging, passed away on Tuesday in his Portland home from complications arising from a form of Alzheimer’s disease. He was 91 years old.