Why the heck do I have to find this news in the Wall Street Journal instead of a local paper or television station?

The U.S. Airport That’s Buzzing as Covid Shuts Down World Travel – With coronavirus drastically reducing travel, Dallas-Fort Worth International finds itself suddenly as the busiest in world—by default

The sprawling Texas hub, with seven runways and five terminals, has more than 90% of its gates and half its restaurants in operation. DFW typically ranks behind Atlanta, Chicago O’Hare and Los Angeles in takeoffs and landings. But due to the instant transformation of the airline business, DFW finds itself at least temporarily on top, with long-lasting implications for travelers.

“We don’t want the guidance from CDC to be a reason why schools don’t open,” Vice-President Pence said.

That quote really bugged me yesterday. The CDC created those guidelines to protect our kids, to help keep them safe. The manner in which the vice-president spoke didn’t provide me with any assurance he wanted to protect and keep our children safe. It felt more like he wanted to put our kids’ safety and protection at risk just to open schools on time to make it appear the pandemic is totally over when the data totally don’t back that up. Schools opening up regularly makes it seem as if the pandemic has been solved.

It took the USA a little more than three months to hit 1 million cases on April 28. It took about half that time, 44 days, to get to 2 million on June 11 and only 26 days to reach 3 million on July 8. By that gauge, if no new measures are taken, 4 million cases could be tallied as soon as July 22. 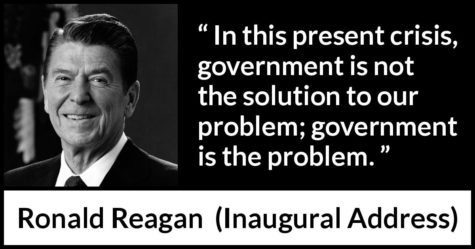 Armchair Political Consultant – If I were on Joe Biden or the Lincoln Project’s team I’d advise an ad that says the possible cancellation of the upcoming NFL and college football season (or when they are officially canceled) is due to the president and his administration not getting a better handle on this pandemic when they had the chance in January and February, or even when the curve started to flatten from mid-May to mid-June. I’d use the same ad against the Texas governor and lieutenant governor two years from now. It would start off with one of those dramatic voices, “He could have saved football season but he chose not to. Even Europe was able to protect its citizens better.” The ad could even be more generalized, “No school year or football season, blame the ones in charge of protecting the public from a pandemic.”

President Trump held a rally in which attendees did little to protect themselves and now cases are starting to spike. I expect to see the same thing in South Dakota.

So far, excavators have found a wooden box, a stone allegedly from Gettysburg, two buttons and horsehair. But in that goop, a newspaper clipping from The Charlotte Democrat shows, there could be more.

A ceremony from May 1894 that laid the monument’s cornerstone listed other relics put in the time capsule under it, including a lock of Confederate Gen. Robert E. Lee’s hair, a coat button and rosebud believed to be from Lee’s coat, and a strand of hair possibly plucked from the tail of Lee’s horse Traveller.

I really thought I posted about Gary Larson creating new ‘The Far Side’ material earlier and was quite excited about the news, but I think I overlooked it. I also thought of my friend Nathon’s young son who discovered the comics who shared the laughter with his grandfather.

So a few years ago–finally fed up with my once-loyal but now reliably traitorous pen–I decided to try a digital tablet. I knew nothing about these devices but hoped it would just get me through my annual Christmas card ordeal. I got one, fired it up, and lo and behold, something totally unexpected happened: within moments, I was having fun drawing again. I was stunned at all the tools the thing offered, all the creative potential it contained. I simply had no idea how far these things had evolved. Perhaps fittingly, the first thing I drew was a caveman.

The “New Stuff” that you’ll see here is the result of my journey into the world of digital art. Believe me, this has been a bit of a learning curve for me. I hail from a world of pen and ink, and suddenly I was feeling like I was sitting at the controls of a 747. (True, I don’t get out much.) But as overwhelmed as I was, there was still something familiar there–a sense of adventure. That had always been at the core of what I enjoyed most when I was drawing The Far Side, that sense of exploring, reaching for something, taking some risks, sometimes hitting a home run and sometimes coming up with “Cow tools.” (Let’s not get into that.) But as a jazz teacher once said to me about improvisation, “You want to try and take people somewhere where they might not have been before.” I think that my approach to cartooning was similar–I’m just not sure if even I knew where I was going. But I was having fun. 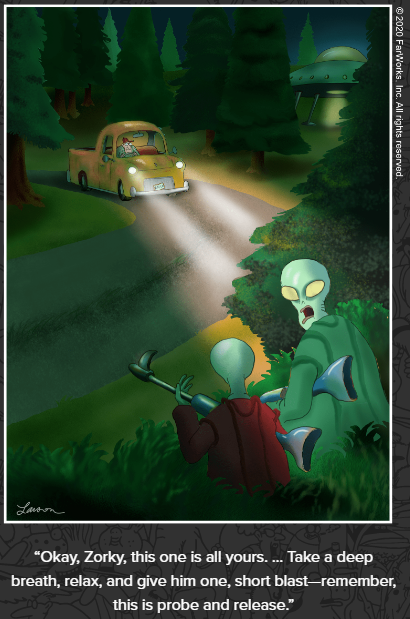