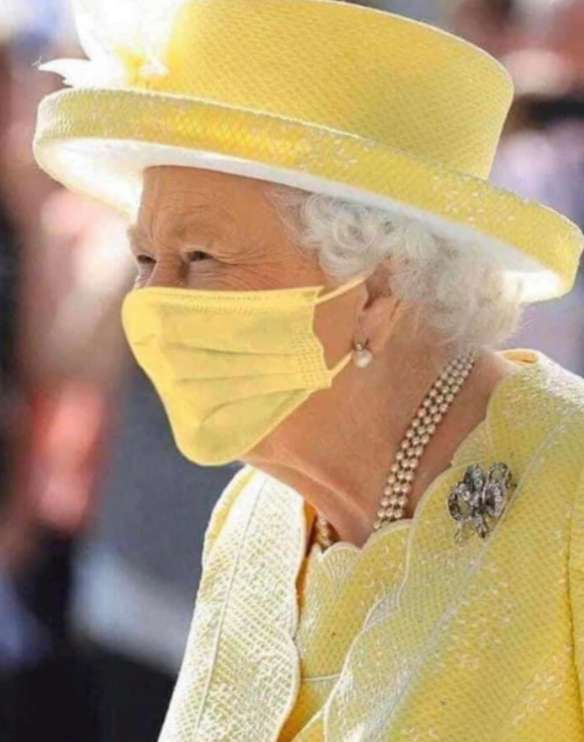 I read, and only spent a short time trying to verify it, but anytime you see a double rainbow, the colors in the second rainbow appear in the opposite order than the first.

There’s been a trend that the cost of each presidential election has surpassed the previous, but with the coronavirus, I’m not sure it’s going to happen to this time.

The guy on the right with the baseball bat is President Trump. The woman on the left is one of WifeGeeding’s college friends. The man next to her is one of my college friends (not a close one). They were recently invited to the White House to some sort of small American business showcase. Back in college, I can remember Joe talking about working with his dad about a baseball bat company they owned or were about to start and I thought that was pretty darn cool and very Americana. I’m not judging them, but I was left wondering if I were in their shoes, would I accept the invitation? It would be hard not to, it’s an honor to be invited to the White House, would be great for the business, and I’m a presidential history buff. I know I’d accept in less than a heartbeat if it was the Obama administration (though I know it would be different for many of you). Under the G.W. Bush administration, I’d think about it at least a good hard minute, but I think I would eventually accept. As for the Trump administration, I bet I’d struggle mightily with it but would eventually decline for certain morals and ethics I uphold (which I sure differ from many of you, and that’s okay.) I asked WifeGeeding about it and she also struggled with the thought.

One sidenote about our friends. They had one child and then had triplets. That must be exhausting and probably welcomed the trip to getaway.

I do think Joe and Aimee offer one very cool and unique gift for new parents, a baby bat built to match the length of the baby. “Built and certified to the length of your baby by 1/4″ increments and engraved with your newborn’s birth information.  This heirloom birth keepsake will be your measuring stick as your baby grows to show them how long they were when they were born. ”

US President Donald Trump takes a swing with a bat from Texas Timber before speaking at a Spirit of America showcase event to spotlight small business. #donaldtrump #trump #baseball #bat #smallbusiness @texastimberbats @afpphoto

“Lift Ev’ry Voice and Sing,” a song also known as the Black national anthem, will be performed live or played prior to “The Star Spangled Banner” at each of the NFL’s Week 1 games in 2020, according to the Associated Press, which adds that the league is also considering memorializing victims of police brutality with helmet decals or jersey patches. These moves are seen as part of the league’s collaborative work with its players to raise awareness of systemic racism and police brutality.

In 1962, JFK chose font for “UNITED STATES OF AMERICA” on fuselage of Air Force One because it resembled font of early printed version of Declaration of Independence: pic.twitter.com/koAbHLiDnk

Nike will be releasing this shoe this week. The whole ISPA collection is peculiar looking. 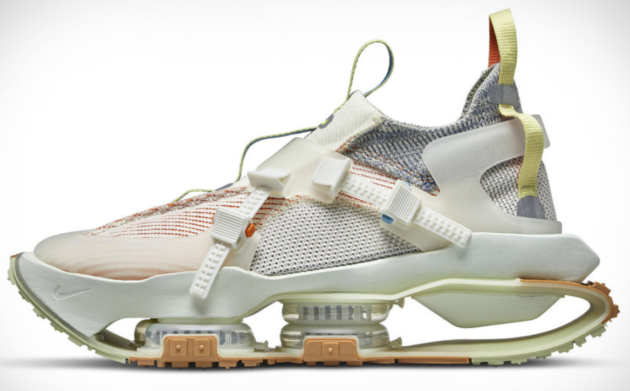 I love the idea for the Netflix reality game show The Floor is Lava, and my kids really love watching it. Here’s an interview with the creators of the show and will tell you everything you’d probably want to know about it. I found it funny that they filmed it inside an old Ikea in Burbank.

Two weeks after it landed on my Kindle on its release date, I just started to read John Dickerson’s new book The Hardest Job in the World: The American Presidency.

For the last four or five years, I’ve been really focusing on things that can cloud my judgment. Basically, how any emotion can cloud my judgment about anything. It’s still a work in progress, obviously. Here’s what Dickerson had to say on how Ike tried not to allow anger cloud his judgment.

Editors opened the big-type drawer for Eisenhower’s decision because the president had previously resisted what he called the “noise and extravagance” of the campaign. Weeks earlier, Eisenhower had waved away an easy chance to attack Stevenson: The Democratic nominee had complained about the state of the economy, and Eisenhower’s press secretary had accused Stevenson of cheering for bad news. When reporters asked the president about this, Ike said his rival must have been misquoted. (Ike’s press secretary held his next briefing from under the bus where his boss had just thrown him.)

Ike switched his strategy, but the former Supreme Allied Commander hardly stormed the beaches. “Firing back” amounted to instructing the Labor Department to rebut Stevenson’s claim about cost of living adjustments.

It’s not that Ike was mild-mannered. He wrestled to control his temper all his life. The White House staff felt the sting of his wrath so often they dubbed him “the terrible-tempered Mr. Bang.” He once flung a golf club in anger and almost broke his doctor’s leg. When the sport vexed him – which is to say, when he played it – the veins on his temple engorged until one observer said they resembled whipcords. Still, Eisenhower believed he must master his impulses. “Anger cannot win,” he wrote in his diary almost a decade before becoming president. “It cannot even think clearly.”

Eisenhower believed the presidency was too serious to be concerned with the trivialities of politics. He also believed a president needed self-control to be effective. He didn’t attack his opponent, Stevenson, for yet another reason. That reason, according to the Cedar Rapids Gazette, was “Mr. Eisenhower’s reluctance to engage in name-calling contests that he considers beneath the dignity of the presidency.”