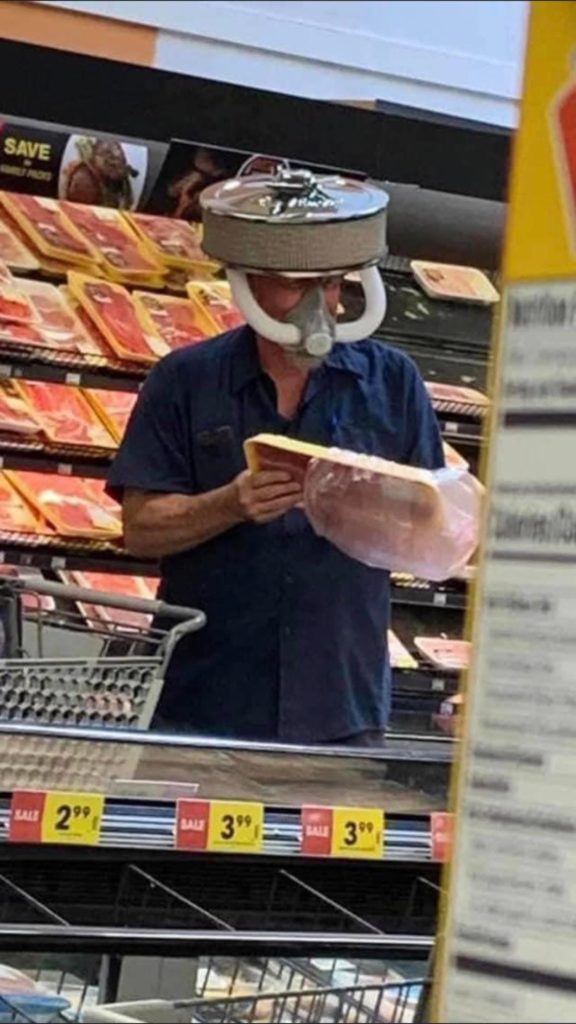 Finally, President Trump is wearing a mask in public. This is a very good thing. It will influence people who normally wouldn’t wear a mask to actually wear one, which will help control the spread of the virus, which will save lives. He should have done this simple act long ago.

First world problem – GeedingManor had a power outage Saturday from about 5:00 PM – 9:45 PM. The cause was an aging transformer located on the back corner of our lot which was responsible for powering another four houses. The CoServ workers were great. They arrived on the scene about 15-minutes after the outage and immediately got to work. Funny thing, but for the past three or four years I’ve noticed the soil around the transformer was oily. I thought it was because my neighbors were dumping old cooking oil in the back corner of their yard and it leaked onto the transformer. However, the CoServ technicians informed me that the transmitter itself contained oil and it was the cause of the leak. Because of the leak, a soil contamination team had to come out and remove any contaminated soil. A big truck arrived which had oil barrel type containers, it looked like something out of the movies. 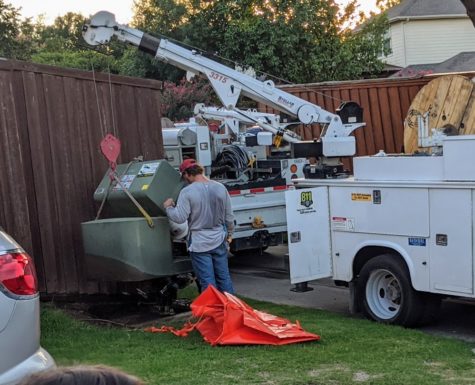 We made the most of it. Sure, it stunk not to have electricity or air conditioning for about four hours, but it’s great to put things into perspective how great we really have things and how easy it is to take modern conveniences for granted. The family actually had a great time just conversing and playing games in the dark. The most touching part was as soon as the power came back on, DaughterGeeding asked if she could go outside and thank the men for working in the heat and in the dark just to give us back our electricity. I hope in that regard, she never loses that appreciation for others. I escorted her back there and the technicians seemed very touched.

Royce West and MJ Hegar are still vying to be the Democratic nominee to run again Texas Senator John Cornyn. But last week, I noticed a very negative “I’m John Cornyn and I approve this message” commercial against Royce West. That’s an interesting strategy and I can’t tell if Cornyn is doing this because he assumes he’ll be running against West and wants to get a head start or if it’s a backward strategy to bolster Hegar who he thinks he’ll have an easier race. Either way, I think Cornyn is getting off easy with this irresponsible answer in a recent local interview regarding COVID-19.

Cornyn made the statement in response to a question about whether schools should open for in-person learning.

“I think the most important thing is safety. The schools can open, but if parents don’t feel comfortable sending their children back then they won’t go. So, I think we’ve got a long way to go to regain their confidence,” he said. “The good news is if you look again at the numbers, no one under the age of 20 has died of the coronavirus. We still don’t know whether children can get it and transmit it to others.”

But I’m also ticked off at the NBC5 reporter for being too devoted to her list of questions to not call out the senator for such an egregious claim or at least to ask him to at least expand on his answer.

Our governor with COVID-19 humor back in May. Not only was the taste in humor poor but the data was incorrect.

Many SEC fans wanted their states and their economy open and their right to not wear a mask. How’s your football season looking, guys? pic.twitter.com/DKmGf2AQQ4

They lost the Civil War and fled to Brazil. Their descendants refuse to take down the Confederate flag.

It’s one of history’s lesser-known episodes. After the Civil War, thousands of defeated Southerners came to Brazil to self-exile in a country that still practiced slavery. For decades, their descendants have thrown a massive party that now attracts thousands of people to the twin cities of Americana and Santa Bárbara d’Oeste to celebrate all things Dixie. The Confederate flag? Everywhere.

On flagpoles and knickknacks. Emblazoned on the dance floor. Clutched by men clad in Confederate battle gray. Decorating the grounds of the cemetery that holds the remains of veterans of the rebel army — the immigrants known here as the confederados.

In a country that has long been more preoccupied with class divisions than racism, the Confederate symbols, stripped of their American context, never registered much notice. But now, as the racial reckoning in the United States following the killing of George Floyd inspires a similar reexamination of values in Brazil, that has begun to change.

A batting cage at Disney’s Wide World of Sports has been transformed into an impressive temporary laundry facility for the NBA. Overboard?

Sadly, a lot of folks won’t get this joke.

oh my god Disney World was great today. The lines were like half as long as usual. Only complaint: have they changed their food? Couldn't taste anything!