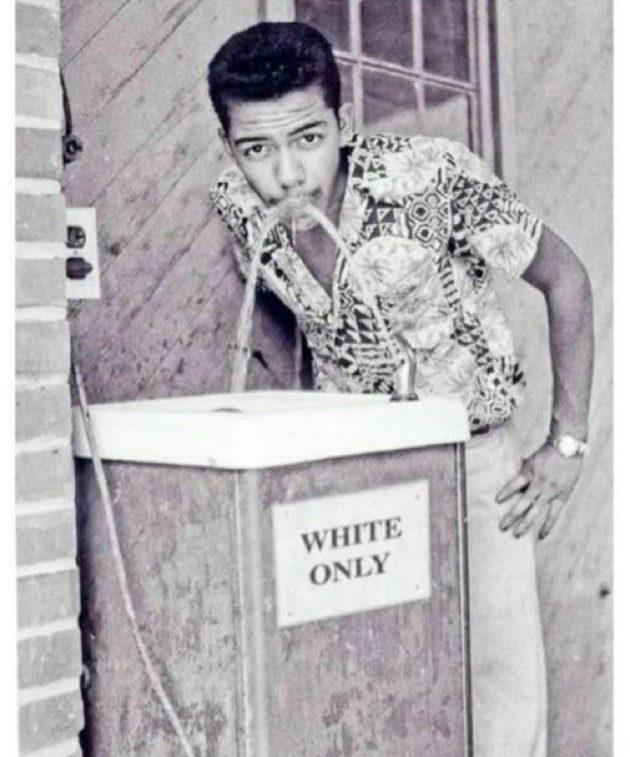 When I first saw this photo, probably around 1985, I thought it was probably taken 20 years ago. In truth, I was probably 20 to 25 years off. Now that we’re in 2020, that picture is now closer to 50-55 years old. Point being, we think this sort of stuff happened much further in the past of our nation’s history when in reality, it wasn’t that long ago. If I understand this two-year-old article correctly, Texas didn’t really start desegregation until the Seventies. Equal rights, that’s all that’s being asked. Today, some may beg to differ with Black Lives Matter and argue many blacks want revenge and that’s the reason for looting and rioting. But wouldn’t it be something if you could just treat someone equally? That you could simply admit that they matter, not that they are better or more important, just that they matter. If you treat someone as your equal and let them know through your actions that they matter, you wouldn’t need to fear or imagine anything about revenge.

WifeGeeding got her prosthetic-eye professionally polished yesterday. She has that done at least yearly.

I guess we’re all in agreement that the biggest tragedy in sports this year is that the XFL couldn’t complete their second inaugural season. Damn, life ain’t fair.

I wonder how Shepard Smith is doing and what he’s been up to since leaving Fox News.

The Fourth of July is next weekend. People are going to gather. COVID-19 is going spread like wildfire. I just don’t see schools opening. I don’t understand how kindergarten teachers like WifeGeeding are going to successfully be able to teach four and five-year-olds via distance learning.

More than 30% of civilian pilots in Pakistan have fake licenses and are not qualified to fly, the country’s aviation minister revealed Wednesday.

Addressing Pakistan’s National Assembly, Ghulam Sarwar Khan said 262 pilots in the country “did not take the exam themselves” and had paid someone else to sit it on their behalf. “They don’t have flying experience,” he said.

I would definitely buy a car from this woman, especially if she pulled this stunt in front of me. I wouldn’t’ care if the truck snot working. That goofy smile she’s trying to hold in at the very end is cute as heck.

Daughter of Michigan Republican urges people to vote against her dad

In Texas, where bars, nail salons and water parks have been open for weeks, this is the current setup in the Texas House, a body that isn't scheduled to meet again until next year. pic.twitter.com/oOBRx76Sj0

A lot of locals are complaining that the newly completed Texas Rangers new ballpark doesn’t live up to artist’s renderings when it was first shown to the public (lack of glass as LiberallyLean pointed out). I bet the Oakland A’s fans will have the same feeling in 2023, which is supposed to be on the water. 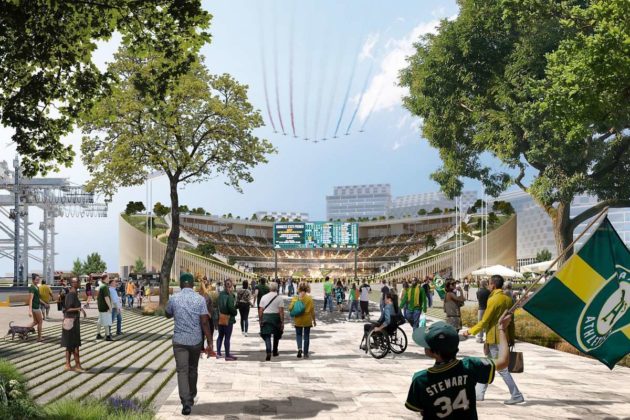 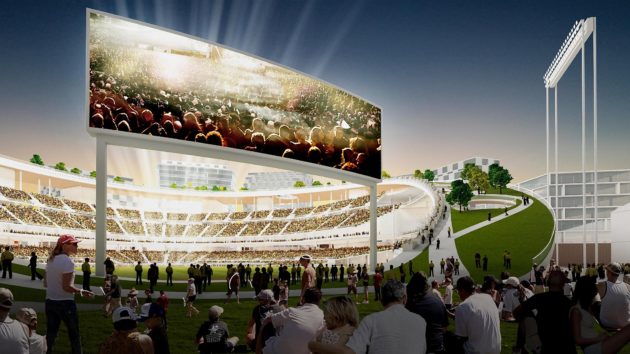 We did it, America. We flattened the curve. pic.twitter.com/kiyKecXt37

I’m soooo reminded of my teen years as a Baptist youth.

at Christian summer camp we had all these fun prayers we would sing before meals but my favorite was the one set to the tune of "We Will Rock You" that had the lyrics "he's got love on his face, thanks for the grace, spreading his word all over the place" (referring to Jesus) 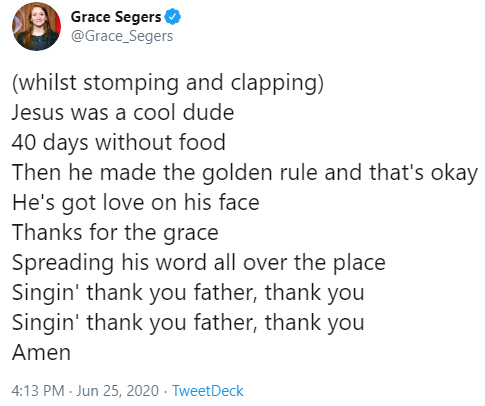