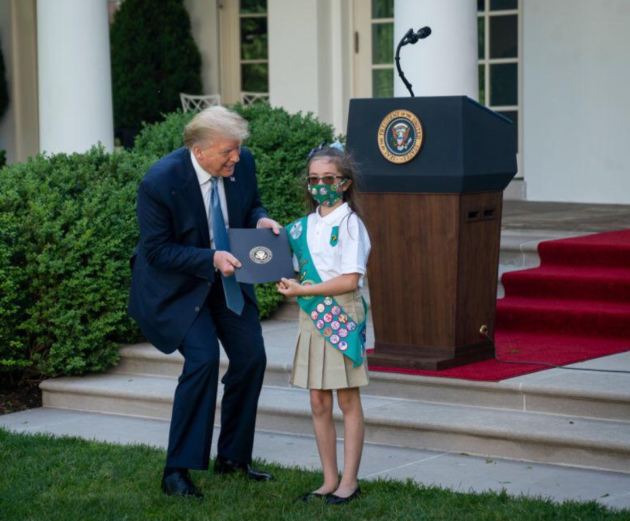 It’s starting to warm up and the dogs have a pretty long coat right now, so I think it’s time for their summer cut.

The kids were talking about “apps” yesterday and out of curiosity, I asked them if they had any clue what “app” was short for, they didn’t.

I like the theory that President Trump has actually tested positive for COVID-19, asymptomatic, doesn’t want it publically known, and that’s why he’s taking hydroxychloroquine.

That whole Tiger King phenomenon felt like it was at least a year ago.

This gave me a good laugh.

I’ve been on record stating my concern regarding deepfakes and how that will affect elections and national security. I’m even more concerned after listening to this video, it totally sounds like Biggie, and it’s just not his voice but speech pattern and such. It’s all done with AI.

The voice in this video was entirely computer-generated using a text-to-speech model trained on the speech patterns of The Notorious B.I.G. For more information, see: https://ai.googleblog.com/2017/12/tac…

This guy took it up a notch and mixed it with the beat from “Hypnotize”.

If you are interested in his breakdown, check out this article.

me: in the history of disney animated movies there have been exactly 18 types of songs, and i'm going to tell you about each of them

I’m posting this article since most of my college friends were math majors and a few actually read this blog.

UT Graduate Student Solves Decades-Old Conway Knot Problem – It took Lisa Piccirillo less than a week to answer a long-standing question about a strange knot discovered over half a century ago by the legendary John Conway.

I decided to look at her website and CV, and I can’t imagine what it would be like to be so intellectual and accomplished. And to think a lot of folks add their high school as filler and has no room for filler.

This guy wanted to conquer his feat of claustrophobia and thought spelunking part of the Hell Hole cave system in Santa Cruz, California would help. Hell Hole is known for its incredibly tight passages. I don’t think you could ever get me to do anything like this. Just watching this I feel like I can’t fully inhale and expand my chest. Language warning.

One Response to Bag of Randomness for Wednesday, May 20, 2020