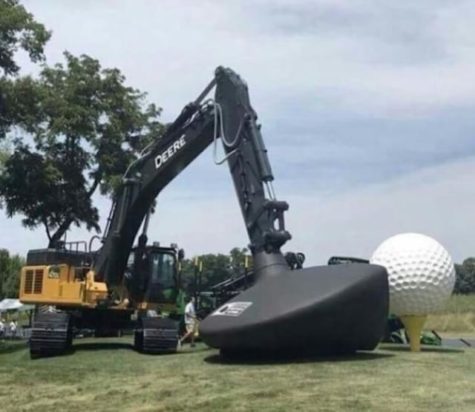 President Trump stated he’s been taking hydroxychloroquine for the last week and a half.  What are the chances he’s been given a placebo? The FDA has issued repeated warnings about the dangers of the drug, so it doesn’t sound like good doctoring.

I think “despite all odds” is overused.

Texas is opening up more and more, but there’s just not enough of a downward trend for this family unit to tip-toe back into public.

On May 31, day and overnight youth camps, sports camps and sports leagues may resume operations.

I’m curious to know how youth sports, VBS, and other camps will be this summer. Kids have been trapped indoors and haven’t had the chance to socialize and be like kids, and I bet a lot of parents are wanting a breather from their children. I can see how other families may feel comfortable with returning to normal, especially if you live in a small town. I hope I’m wrong, but I fear we are setting ourselves up for a second wave that will be worst than the first.

The Last Dance was supposed to be a documentary about the last season of the Jordan-era Chicago Bulls, but in reality, it was a documentary controlled by Jordan about his entire career. I wish it would have touched on what he was like as a husband or father. I think his kids got about 35-seconds total in the ten-episode arc. His mother and brother got a decent amount of time, but nothing from his ex-wife. I think we all know the answer though, his first love was either basketball or competitiveness (baseball, golf, gambling, etc).

Inside the cleaner (but less convenient) McDonald’s of the future – COVID-19 will change what it’s like to eat at a McDonald’s so much that maybe we’ll just stick to drive-through.

A Nebraska woman identifying herself as the “ambassador” for plaintiffs “God and His Son, Jesus Christ,” is suing all homosexuals on Earth for breaking “religious and moral laws,” according to court records filed Tuesday.

In the suit, entered into the docket as Driskell v. Homosexuals, Sylvia Ann Driskell, 66, of Auburn, Nebraska, asks in a seven-page, neatly handwritten petition (PDF) that U.S. District Judge John M. Gerrard decide once and for all whether homosexuality is or isn’t a sin.

Texas tries a pandemic first: a jury trial by Zoom

Lawyers in an insurance dispute in Collin County District Court on Monday picked a jury to hear the case by videoconference, in what officials believe is the first virtual jury trial to be held nationally amid the COVID-19 crisis.

More than two dozen potential jurors logged in by smartphone, laptop and tablet for jury selection, which was streamed live on YouTube here with a judge occasionally providing tech advice on how to best use their devices.

The one-day trial is a so-called summary jury trial, in which jurors hear a condensed version of a case and deliver a non-binding verdict.

The parties, having seen how their case could fare before a jury in a full-blown trial, will sit down for mediation and try to negotiate a settlement on Tuesday.