I cook a lot for my family and sometimes I’ll look for recipes for ideas. I’ve found most online recipes start off with some sort of sappy or feelgood family story which takes up 80% of what’s on the page. Dude, just give me the recipe. Or, as Parcells would say, “Don’t tell me about the pain, show me the baby.”

The Navy is spending roughly $1.1 million to send about 500 recruits each week to the Great Wolf Lodge Water Park near Chicago for two weeks of quarantine before they are shipped to basic training, service officials said.

I think of all the automotive brands which have dropped over the years I miss Pontiac the most. My first two cars were Grand Ams.

The post office now uses about 140,000 Grumman Long Life Vehicles for its main delivery service. Manufactured from 1987 through 1994, they need to be replaced. A 2014 audit from the office of the USPS inspector general found that the current fleet was expected to only meet the delivery needs of the agency through the 2017 fiscal year. But delays in the replacement program have kept the trucks in operation.

It may resemble a Roomba but it’s cool looking.

Yesterday I posted about a restaurant using mannequins. 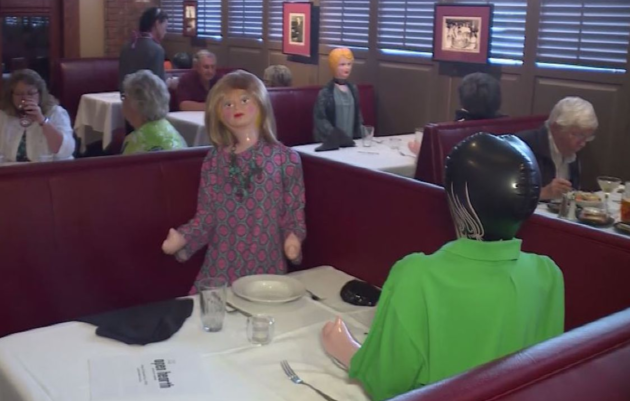 Easily, I’ve seen the movie more than 50 times, but offhand, I don’t recall a “Chipper”.

Don’t challenge me on the number of times I’ve watched that movie. I took some sort of easy-A computer class my senior year and we programmed the computer to play certain segments from the LaserDisc player, and the only movie we had was Top Gun. I think we only programmed it two or three times and spent all semester watching the movie during that class period. For you kids out there, a LaserDisc was basically a precursor to the DVD but was the size of a standard vinyl record.

A three-minute mashup of 50 songs from 1986. It’s good, not great, but made for a fun trip down memory lane.