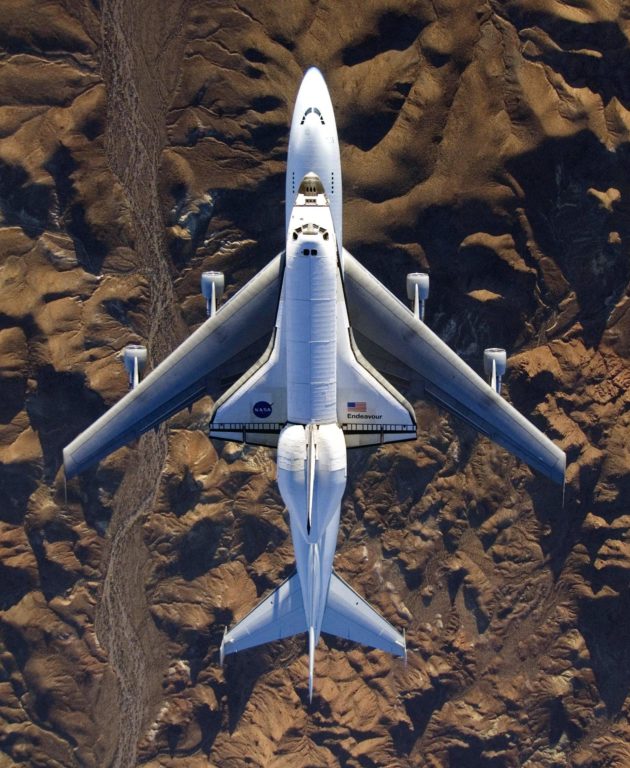 I heard a citizen being interviewed boldly claim that the U.S. Constitution states we have inalienable rights. I bet that’s a common mistake amongst the American public. It’s in the Declaration of Independence, not the Constitution.

Here’s an interesting tidbit. The final version of the Declaration of Independence uses the word “unalienable”.  The quote as inscribed on the Jefferson Memorial also says “inalienable.” But the Declaration, as printed under the order of Congress, says “unalienable”. There’s no difference in meaning, both refer to rights that cannot be taken away or transferred.

Here’s a Deadspin article about sports leagues and the Coronavirus. The photo of baseball players in masks during the 1918 Spanish flu pandemic got my attention, which encouraged me to see what else I could find. The St. Louis Post-Dispatch had a football-related photo. Here are some nuggets from the Deadspin article.

My little bit of research led me to discover a few interesting tidbits. Babe Ruth got the Spanish flue twice, and even though the 1918 World Series was called the “The most joyless World Series ever”, Game 1 marked the first time “The Star-Spangled Banner” was played at a sporting event. As for hockey, this was engraved on the Stanley Cup, “1919 – Montreal Canadians – Seattle Metropolitans – Series Not Completed.” The series went to six games.

I also learned how Spain got stuck with that flu being named after them.

Spain was one of only a few major European countries to remain neutral during World War I. Unlike in the Allied and Central Powers nations, where wartime censors suppressed news of the flu to avoid affecting morale, the Spanish media was free to report on it in gory detail. News of the sickness first made headlines in Madrid in late-May 1918, and coverage only increased after the Spanish King Alfonso XIII came down with a nasty case a week later. Since nations undergoing a media blackout could only read in depth accounts from Spanish news sources, they naturally assumed that the country was the pandemic’s ground zero. The Spanish, meanwhile, believed the virus had spread to them from France, so they took to calling it the “French Flu.” 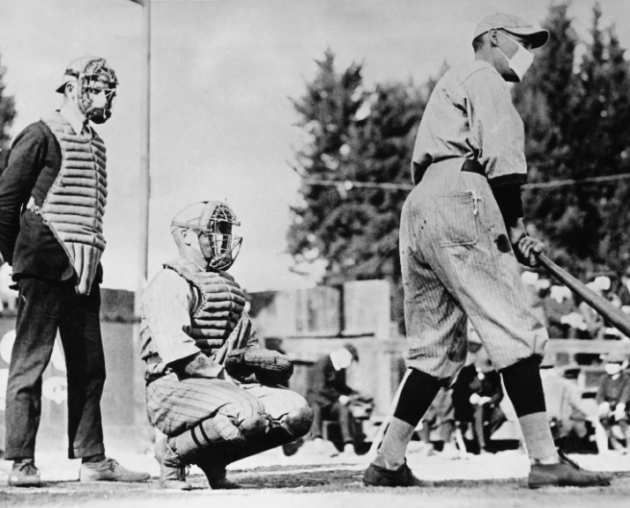 Texas Senator John Cornyn has voted to block, repeal or defund the Affordable Care Act around 20 times, but he suggested to those who will lose their employer-provided coverage to look for coverage using it. I get it, he never liked it, he doesn’t endorse it, but at least he’s presenting all options to available to his constituents. This doesn’t make him hypocritical in my opinion, and he still ain’t getting my vote for a plethora of other reasons.

The largest producer of surgical masks in the United States is located here in North Texas. One of their executives is expected to testify in Congress today about the importance of making such goods in the U.S. as a measure of national security.

To comply with social distancing guidelines, a three Michelin-starred luxury restaurant in northern Virginia will have 1940s-era mannequins occupying 50-percent of the tables, and And he has created custom-made masks bearing Marilyn Monroe smiles and George Washington chins.

I never knew this bit of U.S. history. I found this in an article about what would happen if the current president and vice-president caught COVID-19. It also quotes one person suggesting Pence pull a Dick Cheney and stay out of the White House as he did after the events of 9/11.

During Watergate, in the eight weeks between Spiro Agnew’s resignation and Gerald Ford’s confirmation, the vice presidency was vacant, putting Democrat House Speaker Carl Albert next in line for the White House. Albert vowed that if he were to ascend to the presidency, he would promptly appoint a Republican vice president and resign, rather than let his party appear to usurp power.

Not too long ago I made a series of posts relating to heads of state and shovels. Here’s another.

Camera records JFK badly injuring his back while planting tree during visit to Canada and wincing in pain, this week 1961: #PIP pic.twitter.com/VvUIMajXwj

Finally understood what zoom meetings remind me of. pic.twitter.com/Quca3up2mc

I rolled my eyes the first time I ever heard the story and never fully believed it, even as a seven-year-old. This school does have a tradition of stretching the truth, remember their two national championships that never happened. But even if it’s false it’s just a part of their persona and all Texans have learned to accept them as they want to be accepted. Also, this just in, George Washington never really chopped down that cherry tree.

An Alabama book publisher has upped the ante in his three-year legal dispute with Texas A&M by asking a judge to consider evidence he says will strike at the historical foundations of the Aggies’ cherished 12th Man tradition.

Mike Bynum of Birmingham, Ala., says that two 1921 newspaper stories his attorneys filed as part of a proposed motion in U.S. District Court in Houston will show that A&M has misstated the facts surrounding the role of Texas A&M football and basketball player E. King Gill in the Jan. 2, 1922, Dixie Classic football game in Dallas.

The 1922 game is famous in Aggies lore because Gill was summoned from the stands at Fair Park Stadium to join the undermanned A&M bench during a game against Centre College.

Some folks got Erykah Badu to agree to submit an audition video to become the next voice of Big Tex.

ANALYSIS: Netflix Saved Its Average User From 9.1 Days of Commercials in 2019

If you are looking to up your cubical or desk game, there’s now the Darth Vader™ Meditation Chamber Desk Set. 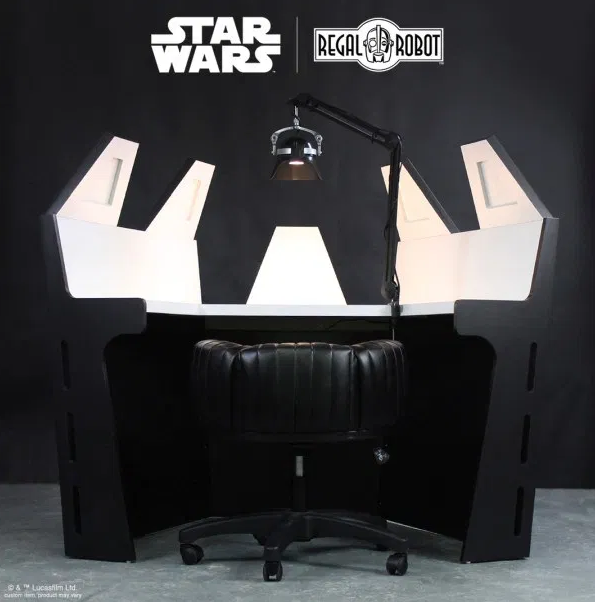