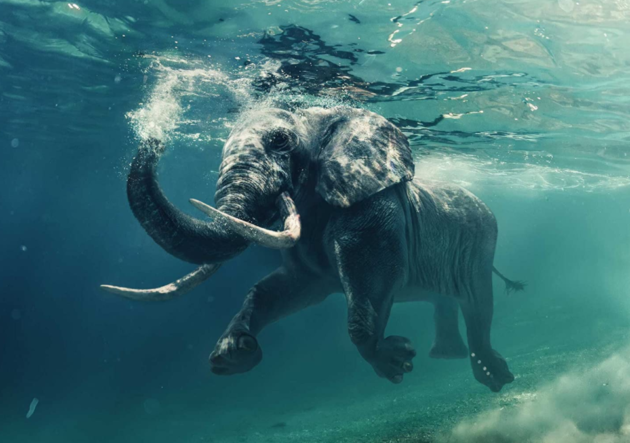 I read in Peter King’s Monday column that the NFL sent 32 team hats to all the prospects before the draft. Joe Burrow, who has been the presumptive number one pick in the draft for three months was even sent all 32 hats/caps.

“Did the NFL really send you caps for all 32 teams?” I asked Burrow on Friday.

“I did have all 32 caps here,” he said from his southeast Ohio home. “Now I have to figure out what to do with all the rest of them.”

Daily, WifeGeeding has her kindergarten students read to her via Zoom or Google Classroom or whatever they use. One student seemed stuck on a relatively easy word, so WifeGeeding asked him if he needed help with the word, “No ma’am. Looking at the picture, I’m just trying to figure out a voice to use for the cat.”

One reason I enjoy The Marvelous Mrs. Maisel is that it’s a period piece set in the late 1950s and early 1960s. However, the end of each episode is unsettling for me as each show ends with modern music.

Governor Abbot’s approach to “reopen” our state this Friday appears to be well thought out, reasonable, and pragmatic. Personally, I still feel like it’s too soon, but I’m thankful he’s only making quarter turns with the spigot and not opening the floodgates.  Per WifeGeeding’s lead, you won’t see us migrating in public places anytime soon.

I knew Mickey Mantle was a Dallas resident, and vividly recall his funeral, but didn’t know he was a resident since 1958. All I could find is that he moved here because he wanted some privacy, but I couldn’t find anything more specific. There are plenty of private places between here and NYC. Maybe it had to do with something regarding his Oklahoma roots. I also didn’t know he operated several businesses like the Mikey Mantle Bowling Center and Mickey Mantle’s Country Cookin’.

The bowling center opened in the mid 1950s, in a development at the corner of Harry Hines and Mockingbird Lane called Exchange Park.  In the 1950s, Exchange Park was a very modern and glamorous mixed used development that housed the headquarters of Braniff Airlines along with numerous commercial interests, including Mantle’s Bowling Center.

The Mickey Mantle Bowling Center became part of a New York Yankees contract dispute in 1959. The Yankees wanted Mantle to take a significant payout, despite hitting 42 Home Runs the previous year.  Mantle said he would not take a cut, but deserved a raise. He publicly stated he would be more than happy to stay in Dallas and run his bowling alley rather than accept the pay cut.

The Bowling Center lasted only a few years as did his chain of restaurants that Mantle tried to run  in the late 60s. Mickey Mantle’s Country Cookin’ original location at 3561 Marvin D Love Freeway is long gone, but there still exists numerous pieces of memorabilia from his failed restaurant venture.

Rumor has it that Kim Jong Un has been spotted shopping for a house in northern Frisco and that’s why you haven’t seen any public appearances lately.

If President Trump and the Republicans really had an Obamacare replacement and were able to implement it, this pandemic would be a good test and a great opportunity to show how well they’ve taken care of the American public.

The unlikely plan to save COVID-19 patients with planes – Grounded aircraft could make ad-hoc hyperbaric chambers for patients.

Microsoft has made its typographical decree: Two spaces between sentences is too many. The style choice will now be marked as an error in Microsoft Word — and users who press the space bar twice after a period will be met with those dreaded blue squiggly lines.

You have no idea how much entertained I’d be if President Trump showed up at a press conference wearing a tan suit. And, this is going to sound harsh, but I bet he goes days without ever seeing his youngest son. I don’t think that’s something that bothers

Interactive Chart of President Trump’s Speeches During The Pandemic

The New York Times analyzed every word Mr. Trump spoke at his White House briefings and other presidential remarks on the virus — more than 260,000 words — from March 9, when the outbreak began leading to widespread disruptions in daily life, through mid-April. The transcripts show striking patterns and repetitions in the messages he has conveyed, revealing a display of presidential hubris and self-pity unlike anything historians say they have seen before.

By far the most recurring utterances from Mr. Trump in the briefings are self-congratulations, roughly 600 of them, which are often predicated on exaggerations and falsehoods. He does credit others (more than 360 times) for their work, but he also blames others (more than 110 times) for inadequacies in the state and federal response.

Mr. Trump has mentioned his immediate predecessor, President Barack Obama, roughly 10 times, sometimes in response to a question. And he has referred to previous administrations about 30 times, often accusing them of leaving him with faulty conditions. Mr. Trump has mentioned governors, individually or as a group, about 400 times, alternating between compliments and criticism.

White House staffers said the president works around the clock and can make five dozen work-related calls a day during the pandemic.

“I can tell you that the biggest concern I have as a new chief of staff is making sure he gets some time to get a quick bite to eat,” White House chief of staff Mark Meadows told The Post.

I would hope every presidency would be like this, at least this is how I’ve always imagined it.

“I can tell you that he will go back in and have a lunch just off the Oval Office and more times than not it is interrupted by several phone calls,” Meadows said. “If he gets more than 10 minutes of time in a given day, I haven’t seen in the five weeks I’ve been here.”

“There are times when lunch isn’t even a thought,” the official said. “A lot of time there’s either no time for lunch or there is 10 minutes for lunch.”

If You’re Looking For A Cool Way To Waste Some Time, Try This Harry Potter-Themed Escape Room Built In Google Docs

The Library of Congress has launched a new website that allows you to create short remixes of royalty-free audio clips.

Citizen DJ is an open-source hip-hop project created by New York-based artist and computer scientist Brian Foo. The website includes roughly 3 million sound recordings spanning centuries that are divided into six different collections, including audio clips from government films to free music, which you can edit directly from your web browser.

The website allows you to pull clips from these libraries then remix them to create your own brief track.

This kid knows her business, future CFO and CEO here.

Economics, y’all. Get some.