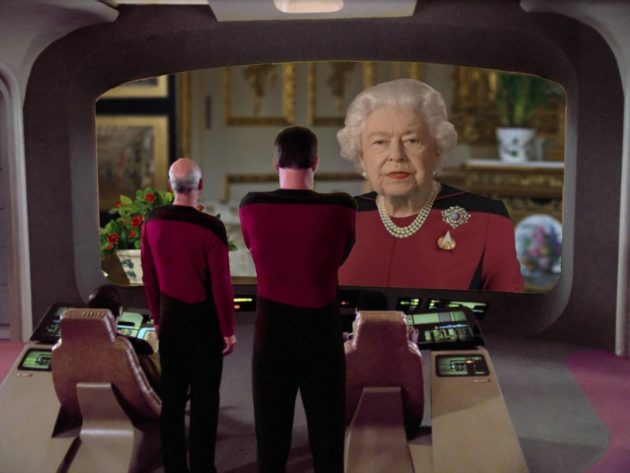 Modern Family’s finale felt a lot like the series finale of the CBS sitcom Alice. Something remarkably happy happened to all the characters which cause them to move. Being the macabre person I am, I would have had Jay died of a massive heart attack right before he’s able to tell her he’s been learning Spanish as a way to express his love.  Or, I’d have Jay have a massive heart attack right when Gloria confronts him with his last words, in Spanish, be, “Heart . . . attack”

One of the coaches of my hometown Mineral Wells Rams is that kicker Mike Leach invited to join his Red Raiders after watching him make a 30-yard field goal to win a promotional contest for six months of free rent.

I’d like to see Dolly Parton on the Who Wants To Be A Millionaire. It would be fun listening to her gabble as she talks through an answer.

I’m always amazed at the stuff I find while looking for other stuff.

I Lived With Tiger King’s Doc Antle For 8 Years. Here’s The Truth.– Former tiger caretaker Barbara Fisher is featured in Netflix’s hit true-crime docuseries Tiger King: Murder, Mayhem and Madness. Below, she opens up to ELLE.com about what it was really like working for big cat owner Bhagavan “Doc” Antle at his controversial Myrtle Beach zoo.

Another Way to See the Recession: Power Usage Is Way Down – When the economy is moving too fast for the usual indicators, the electricity grid offers a valuable clue.

New data on electricity use in the past three weeks suggest a sharp decline in U.S. economic activity on par with that of the Great Recession. It may already be the deepest downturn since the Great Depression; it is certainly the fastest.

These numbers are important because our official statistics can’t keep pace with the abrupt economic changes the coronavirus shutdown has caused. All those closed stores, silenced factories and darkened office buildings are yet to be counted in the government’s official economic numbers, which take months to collect, process and report.

But evidence of the sharp economic shift shows up in a large and rapid decline in electricity usage over recent weeks.

‘What Am I Going to Do?’: Inside SportsCenter on the Day We Lost Sports

You Don’t Actually Want to ‘Boost’ Your Immune System

So if your immune system can be weakened, can’t it also be strengthened? Not exactly. If your immune system were stronger than normal, if it attacked more things more often, that would be a problem. “Immune overactivity is as dangerous as immune underactivity,” the British Society for Immunology explains. Allergies are an example of this. So are autoimmune disorders like rheumatoid arthritis.

How Much World Governments Are Spending On Coronavirus Economic Relief, Visualized

Personal finance site HowMuch took a look at data from the International Monetary Fund (IMF) and other sources and mapped out how much other nations in the G20 were spending on their economic relief plans. Click here for a full-sized image. 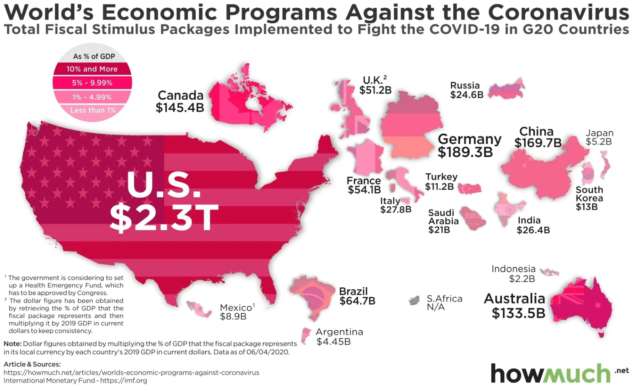 A Natural Coronavirus Experiment Is Playing Out In Kentucky And Tennessee – The politically opposite neighboring states have had two different approaches to tackling the spread of COVID-19, and, some residents fear, two drastically different outcomes.

For this year's cancellation as a result of the Coronavirus, Wimbledon will reportedly receive $141 million from the policy.

“One of the biggest rating hits of the coronavirus, aside from these briefings, has been a show on Netflix called ‘Tiger King. The man who’s the star of this is a former zoo owner who is serving a 22-year prison sentence. He’s asking you for a pardon, saying he was unfairly convicted.”

Nelson also brought up that Trump’s son, Donald Trump Jr., “jokingly said he was going to advocate” for the pardon. “I was wondering if you’ve seen the show and if you have any thoughts on pardoning Joe Exotic,” Nelson continued.

The president cracked a smile. “Which son? Must be Don,” Trump said. “I had a feeling it was Don. Is that what he said? I don’t know. I know nothing about it. He has 22 years for what? What did he do?”

(Most of) the original Full House cast did a quarantine TikTok pic.twitter.com/EjewRLeHHJ

2 Responses to Bag of Randomness for Thursday, April 9, 2020