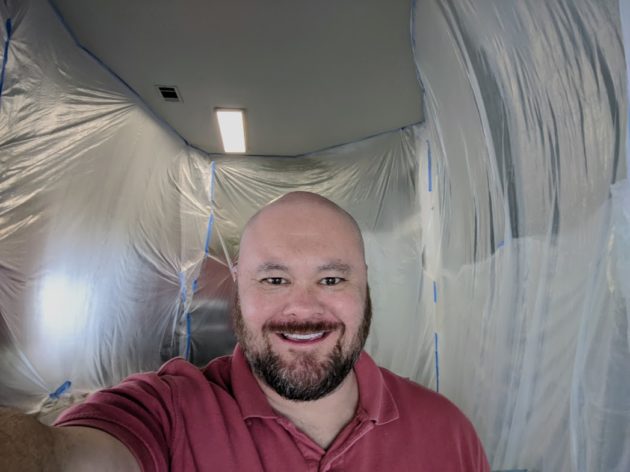 This is the face of a man who is:

Like the rest of the quarantined world, I’m enamored with Netflix’s The Tiger King. You’ll see him wear a University of Texas longhorn hat throughout a lot of it, but what perplexes me is why on earth isn’t he wearing an LSU tiger hat? Seriously, how can he not be an LSU fan? Maybe he’s not a fan of purple and yellow, which would also mean he wouldn’t be a Hardin-Simmons fan. Fun LSU/HSU fact. When HSU started their football program back up in the early Nineties, they wore old LSU uniforms for games. Here are a couple of pictures from that era. Hardin-Simmons even interlocked or linked the “HSU” on the helmet as LSU does. HSU isn’t very good at being original at things. I thought our “All School Sing” was an original but then found Baylor lose it. Now, they even have special ring ceremonies like aTm. And for hand gestures, it’s the same as Texas Tech’s “get your guns up”. 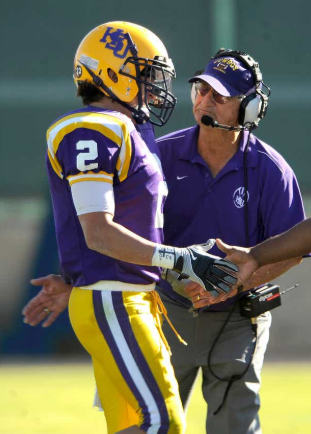 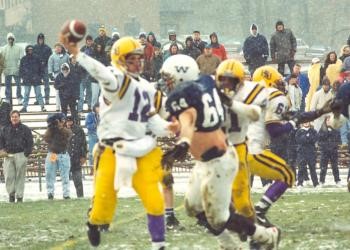 The world needs a reboot of the Ice Capades more than it will ever need mustard. First World Problem: Even though I’ll order a Whataburger plain and dry, sometimes they put mustard on it. Usually, I’m not petty enough to return it, but there’ no way you can scrape off mustard, the bun absorbs it and the taste is overpowering, no matter how much ketchup I add.

Another First World Problem: Television reporters reporting from home who use Skype type applications never properly mic themselves. The simply use the mic on their phone or laptop and it sounds like they are talking into a tin can. They are professionals or work with professionals who can easily instruct them on how to attach a mic and connect it.

Lately, some of my not-so-close friends have started to shave or clip their hair on the shortest setting. As soon as they see me, the first thing they do is tell me they finally took the plunge, don’t understand why they didn’t do it sooner, and say that I was an inspiration and followed my lead. Next thing you know, they will start showing up with beer bellies telling me the same thing.

I’ve been reluctant in making an appointment with a pain management doctor concerning my back pain. I suppose I’m worried it’s a way of admitting defeat in some way or confronting a fear. A few times I’ve called to make the appointment but hung up after three rings, for some reason I was couldn’t make the commitment. However, yesterday I met with a pain management specialist and was really impressed with the doctor’s understanding, bedside manner, compassion, and knowledge. It’s like he totally knew what he was doing, duh. I also guess it helped that he was really familiar with my spinal surgeon, they are in the same building. Regarding COVID-19, the visit was everything you’d expect. Nurses were wearing masks and gloves, as was the doctor. Except for an examination of my body, he stayed about six feet away. Other than a slight change in medication, I was scheduled for an MRI and we’ll go from there. I have a follow-up appointment, but it’s scheduled in which the doctor will call me at a set date and time through some sort of telemedicine app.

Driving around northern Dallas yesterday felt like a drive on Christmas morning where parking lots are empty and traffic is fairly light. It would be a good time for fixing potholes or any other type of road construction.

Smartphone data reveal which Americans are social distancing (and not) – D.C. gets an ‘A’ while Wyoming earns an ‘F’ for following coronavirus stay-at-home advice, based on the locations of tens of millions of phones

On Tuesday, a company called Unacast that collects and analyzes phone GPS location data launched a “Social Distancing Scoreboard” that grades, county by county, which residents are changing behavior at the urging of health officials. It uses the reduction in the total distance we travel as a rough index for whether we’re staying put at home.

How do they know that? Efforts to track public health during the coronavirus pandemic are a reminder of the many ways phones reveal our personal lives, both as individuals and in the aggregate. Unacast’s location data comes from games, shopping and utility apps that tens of millions of Americans have installed on their phones — information the company normally analyzes for retailers, real estate firms and marketers. It’s part of a shadowy world of location tracking that consumers often have little idea is going on.

What postponing the Summer Olympics means for NBC

Former Chair of the Federal Reserve of the United States, Alan Greenspan (Mr. Andrea Mitchell), recently turned 94. I did a brief news search on him, and it appears he’s still active and working.

Whatever It Takes: How the Fed Aims to Rescue the Economy – The central bank is using tactics from the last financial crisis and deploying new ones to keep money flowing. Here are the basics.

It has toilets designed so incredibly poorly that the entire system needs to be unclogged and flushed out with acid, yes acid, on a regular basis, at the cost of $400,000 a pop.

Navy sailors test positive for new coronavirus aboard a ship at sea – Three sailors aboard the USS Theodore Roosevelt tested positive for the virus.

CBS offers a free month of All Access so you can binge-watch ‘Picard’ – Patrick Stewart made the announcement ahead of the season finale.