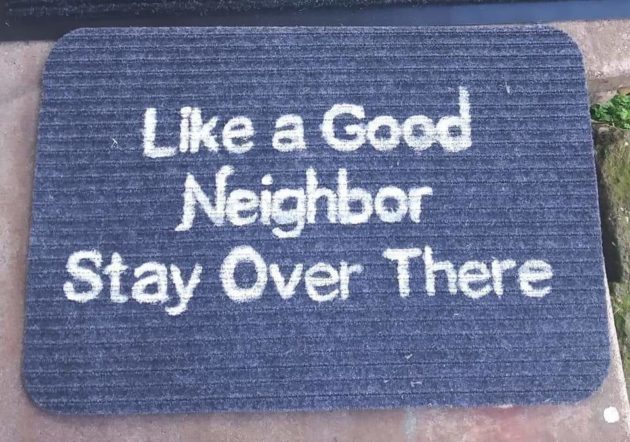 Again, trying to accentuate the positive and look for a silver lining, at least a pandemic will decrease school or any other type of mass shootings. I guess when it comes to statistical data relating to that sort of stuff this pandemic will cause an anomaly.

Armchair Political Consultant – If I were working for Trump, I’d suggest the first lady come out with a series of YouTube videos, probably something simple like reading stories to kids and encouraging families to keep their chins up. She’s an under-used asset that can soften the president’s rough edges and combative nature and it will help come re-election time.

If a director is every looking to cast someone for Gerald Ford, I nominate the actor who plays the Mesa Verde bank president in Better Call Saul.

We visited a small Virginia town where drone deliveries have begun for real – Google’s unmanned aerial vehicles are bringing residents medicine and chocolates. Emergency supplies could be next.

Wing chose Christiansburg (population 22,500) as its first launching site for American commercial operations — it’s also testing in Australia and Finland — not only because of the relatively flat terrain and low population density, but because of nearby Virginia Tech University, a leading facility for unmanned drone research.

The Deerfield American Legion hosted “Testicle Festival” will not take place Saturday, March 21 as planned, as limitations upon the number of people together in one setting, have been set by the Michigan state government in a response to combatting COVID-19.

The festival has been moved to the date of Saturday, May 9. It will take place at the legion hall, 105 W. River St., during the hours of 10 a.m. to 10 p.m. The festival, which is held one day of the year, is generally a sign to the start of the spring season. It draw more than 2,000 people to the Deerfield community each year and it is the legion’s biggest fundraiser.

Funds raised from the festival — whether that be through sales of sliced and deep-fried cattle testicles and chicken gizzards, to beer sales and t-shirt sales — bring in the most funds of the year at the legion. The funds raised from the festival have allowed the members of the legion to continually make building improvements to the hall and its facilities, and to be able to give back to the Deerfield community.

Hotel thieves aren’t stealing toiletries – but framed art, TVs, a fireplace – They’re putting the average shoplifter to shame by taking paintings and mattresses. How do they get away with it?