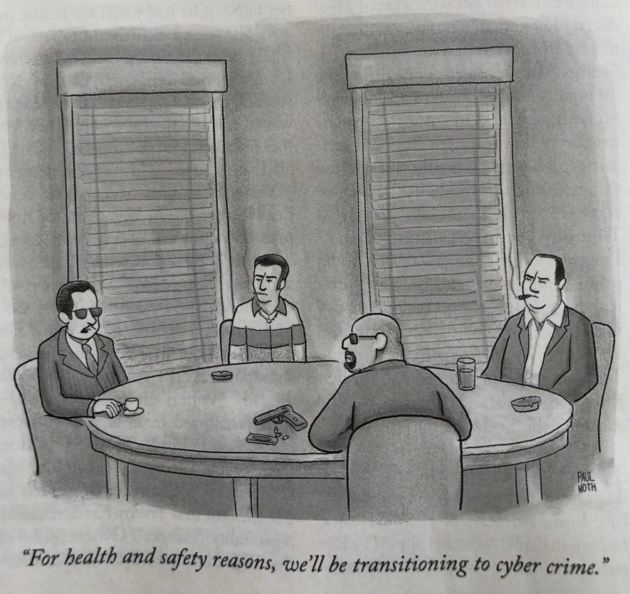 Amid a nationwide shortage of masks, Amish are sewing 13,000 to donate in Lancaster County

This story is about seven years old but still darn interesting.

I was swallowed by a hippo – ‘There was no transition at all, no sense of approaching danger. It was as if I had suddenly gone blind and deaf’

I reached over to grab his outstretched hand but as our fingers were about to touch, I was engulfed in darkness. There was no transition at all, no sense of approaching danger. It was as if I had suddenly gone blind and deaf.

I was aware that my legs were surrounded by water, but my top half was almost dry. I seemed to be trapped in something slimy. There was a terrible, sulphurous smell, like rotten eggs, and a tremendous pressure against my chest. My arms were trapped but I managed to free one hand and felt around – my palm passed through the wiry bristles of the hippo’s snout. It was only then that I realised I was underwater, trapped up to my waist in his mouth.

I wriggled as hard as I could, and in the few seconds for which he opened his jaws, I managed to escape. I swam towards Evans, but the hippo struck again, dragging me back under the surface. I’d never heard of a hippo attacking repeatedly like this, but he clearly wanted me dead.

It’s been funny witnessing WfieGeeding try to teleconference with her peers as they prepare lesson plans. She’s finally getting to experience what it’s like in my world. I’m reminded of this old conference call bit.

Since he couldn’t sell movie tickets, O’Meara took inspiration from a nearby McDonald’s that was offering only takeout. Last Wednesday, he started to sell “curbside concessions,” hawking large tubs of popcorn for $3.

“We have a parking lot the width of a sidewalk and nobody else is open, so there’s plenty of space,” he said. “I’ll do what I can to get these kids paid.”

On his first afternoon in business, O’Meara sold $25 worth of popcorn in 45 minutes. He is now averaging $300 to $400 a day in concession sales.

My hometown of Mineral Wells is crazy again. I had no idea the original sign was made out of porcelain. I never understood why that entrance to Mineral Wells was chosen for the sign, I’d think more visitors would arrive to the town from Weatherford than Palo Pinto. 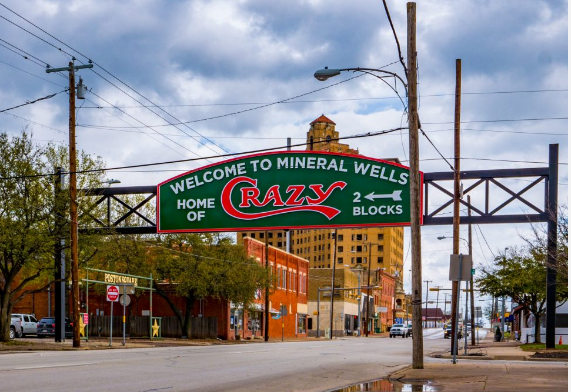 Back in the day—from 1933 to 1958—travelers on the Bankhead Highway were greeted with an unusual sign as they drove through the heart of Palo Pinto County’s biggest town. “Welcome to Mineral Wells,” read the placard spanning the roadway, “the Home of Crazy.” An arrow on the sign pointed toward the seven-story Crazy Hotel, two blocks away. Postcards of the novel greeting often showed the 14-story Baker Hotel towering in the background.

After the city removed the original porcelain sign in 1958, it went missing. Reports of the sign surfaced from places like a Dallas junkyard, but nobody ever found it. But now Mineral Wells residents can once again salute the sign after a local group raised money to erect a replacement earlier this month over State Highway 180.

Suzanne Vega’s a capella version of “Tom’s Diner” was instrumental in the development of the MP3.