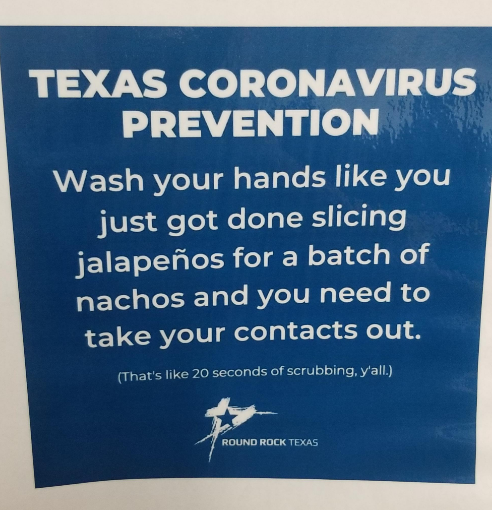 I took a regular trip to Costco, no bulking up on items out of fear, I just wanted their $5 rotisserie chicken to feed the family for a couple of days. As people pushed their cart inside, Costco employees politely stopped them so they could wipe their cart handles with an antibacterial wipe.

This Sunday, March 8, I will bring a special message from Revelation 15: “Is The Coronavirus A Judgment From God?” The answer may surprise you! Join us at 9:15 or 10:50am.

Just a friendly reminder that a different Far Side cartoon appears daily at TheFareSide.com.

Welcome to the neighborhood, 945 – Dallas-Fort Worth is getting a new area code because its population is growing so much

Officials say phone numbers starting with 214, 469 and 972 are expected to run out within the first three months of 2021.

Even though I’m not into it, I think drone racing is cool. But anytime I see any footage I wonder how it will be incorporated into modern warfare (perhaps it’s already is, of course, big drones with missiles are already in use but I’m talking about small fast ones). I also muse about a potential movie in which the CIA or military recruits some 19-year-old kid who does this as a hobby but considered one of the best in some underground drone racing league. Or, more darkly, how terrorists use this and what’s done to counteract the threat.

BMW’s round logo is receiving its first redesign in more than two decades.

The German automaker’s refreshed logo ditches the black ring for a transparent circle. The rest of it, including the typeface, has a flatter and more modern look. The blue and white emblem inside the ring remains.

BMW’s previous logo made its debut in 1997. The company has had six logos in its 103-year-old history, all of them largely similar.

Here’s an interesting test using a LifeStraw. This guy (could be a gal with man-hands) placed some grass and leaves in a container of water for eight days and then examined the water 100x, 400x, and 1000x magnification with and without the use of a LifeStraw. For added kicks, he put samples in a petri dish.

It’s odd that the latest Star Wars trilogy started with someone using the Force to stop blaster bolts in mid-air yet we never saw that unique defense ability again throughout the rest of the series.

My neighbor’s son passed his driving exam. His experience got me thinking of the movie License to Drive and the “Uncle Phil” coffee on the dashboard test.

One Response to Bag of Randomness for Thursday, March 5, 2020