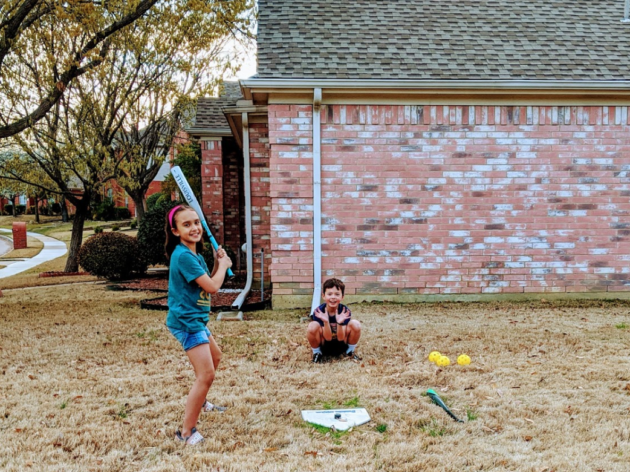 We used our extra hour of daylight to practice some hitting.

This is my new favorite sport.

Most parents do not successfully transmit their political values to their children, study finds

Less than half of all people in the United States adopt their parents’ political party affiliation, according to new research published in the British Journal of Political Science. The study also discovered some factors that appear to influence whether parents successfully transmit their partisan identities to their children.

“Most parents want to raise their children with the ‘right’ values. What is right, of course, depends upon the parent but understanding what factors might aid or harm a parent’s ability to successful transmit their values to their children is important to many, particularly in this era of hyper polarization,” said study author Pete Hatemi, a distinguished professor at Penn State University.

“Generally speaking, if there has been one constant in the study of political behavior it was the belief that political orientations are reliably transmitted from parents to children. The problem is that the evidence of this belief has almost entirely relied upon the concordance between self-reported parent and child values.”

I get a kick out of how Kathryn McKinnon is trying not to break character and laugh.

“The Hitchhiker’s Guide To The Galaxy” turns 42

Yet on March 8th fans of “The Hitchhiker’s Guide to the Galaxy” (“HHGTTG”) will pay tribute to the comedy science-fiction series, which had its radio premiere on that day in 1978 and was subsequently adapted into novels, TV series, video games and a film.

Gyms and Coronavirus: What Are the Risks? – Sweat cannot transmit the virus but high-contact surfaces, such as barbells, can pose a problem, a doctor said.

In a bid to tackle the shortage, The NT News provided a practical — if unconventional — solution.