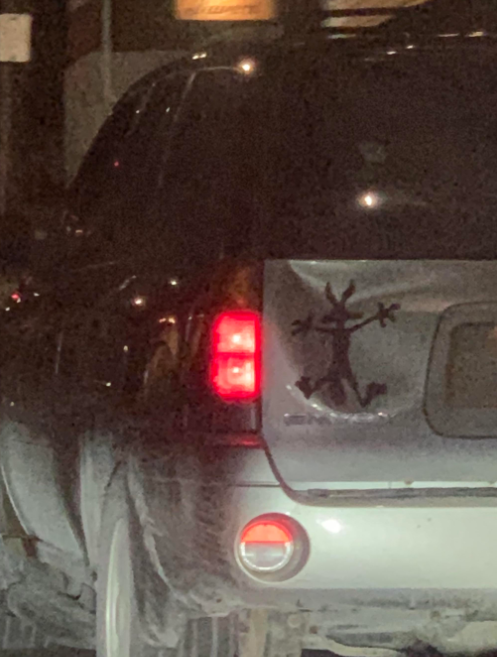 The headmaster at our children’s school had a Dan Quayle “potatoe” moment but I think it may have been worst considering his love for the Founding Fathers and how much they seem to be at the core of everything at the school. He walked into an elementary school class and they were reviewing a lesson over U.S. currency. He briefly addressed the class and quizzed them on who was on the nickel. In all seriousness, he thought Alexander Hamilton was on the nickel. I’m flabbergastered.

When I say the Founding Fathers are at the core of everything at the school, it’s not hyperbole. For instance, here’s a collage of items you’ll find walking the halls. It’s a great school, no school is perfect, and at the risk of sounding ungrateful for my country, the school can sometimes pour on patriotism a bit thickly. 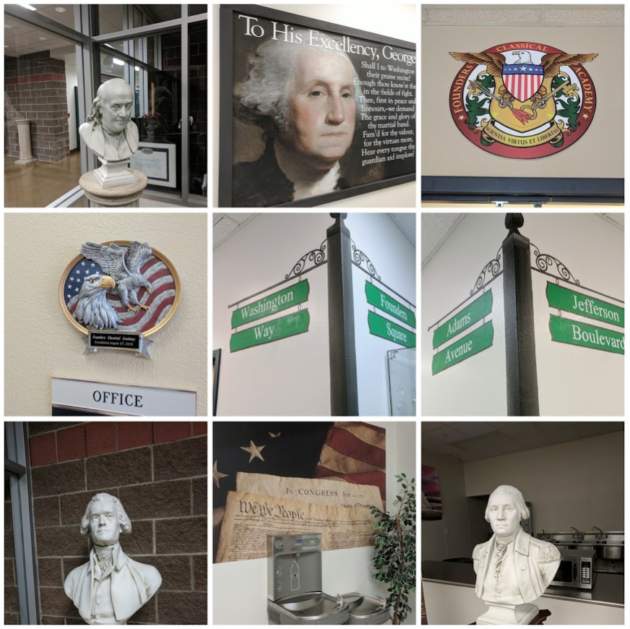 I heard Texas Attorney General Ken Paxton muse about a light-hearted political theory yesterday – Politicians with three-syllable sounding names tend to get elected over their opponents. He cited that’s why Donald Trump won over Hillary Clinton, Gregg Abbot is our governor, and that’s why Micheal Bloomberg likes to go by “Mike Bloomberg”.

My state representative’s campaign send me yet another text asking if I would consider voting for her. I replied back, “I’ve replied to a previous text that she had my vote as well as on the phone. However, I may change my mind because someone in your campaign put a yard sign in my front yard without my permission and the nonstop texts and calls.”

A Texas church pastored by a man who sexually abused two pre-teen girls is the first to be removed from the Southern Baptist Convention under new sex abuse reforms.

Ranchland Heights Baptist Church in Midland has for years been pastored by Phillip Rutledge, who was convicted of sexual assaulting 11 and 12-year-old girls in 2003, according to court records and the Texas Department of Public Safety.

This would be an interesting topic to have a back and forth with with some of my pastoral friends. People have to be held accountable for their actions, but Christians are taught to forgive and be like Christ. If Christ forgives our sins and tosses them as far as the east is from the west, and if all sin is weighed equal in God’s eyes, at what point can Christians forgive the most wicked of sins after corporal punishment has been served and true repentance of error and sin occurred? For instance, I can’t see how a congregation would allow a convicted sex offender to ever be a youth minister, or any position in the church, no matter how genuine his or her life has been turned around. If a person can’t get a second chance at a church, what hope does hath he? I don’t expect an answer from anyone, it’s really a rhetorical question, but I doubt I’ll ever find an answer I feel comfortable with.

Per their webpage, SpeedZone Dallas Is Permanently Closed.

A Baby Yoda themed drink is made with vodka and green melon liqueur, and garnished with limes to resemble The Child’s iconic ears.

There’s a huge six-foot Millennium Falcon model dangling above drinkers, a towering Chewbacca, Darth Vader wedged between two Stormtroopers, and a twinkling ceiling to offset its new Death Star-themed bathrooms. Of course, the cult films will also play on repeat across most of its TVs.

6 Responses to Bag of Randomness for Wednesday, February 19, 2020