I appreciate those of you who commented on my questions about convicted sex offenders, their involvement and employment in the church, and forgiveness. As I mentioned, I’m not necessarily looking for the right answer, I just like to have some theological back and forth. Several of you support the idea of “forgive but don’t forget” but I think that overlooks the calling to be Christ-like. Protestants interpret God and Jesus as the same (let’s not forget the Holy Spirit), and the Bible tells us that God will not only forgive our sins but forget them as well (in a sense, all three support this). So, in the quest to be Christ-like, it appears that the church should not only forgive but also forget.

I don’t favor any answer which states certain things like this are impossible at the human level but possible at the deity level because I’ve been taught that God doesn’t give us anything we can’t handle (and that interpretation can certainly be debated) (now I’m reminded of LiberallyLean’s mention of “Baptist guilt” for some reason). Certainly, from a worldly moral and legal standpoint doing so should be a no-no, but it seems like something the church “should” do. I’ll tell you this much, I certainly don’t want to be put in such a position to have to make such a decision. But I am glad I take the time to think these sorts of things over rather than settling for an answer which sounds good. As you can tell, I’m more interested in having the discussion than having the answer, it’s sort like the journey is better than the destination kinda thing.

DaughterGeeding has been binge-watching The Simpsons (Yes, I already know I’m a bad parent) and she made the observation that only two characters have eyebrows – Smithers and Milhouse.

I think our government can come up with a better title for the role of undersecretary.

I don’t know how fast President Trump and his limo traveled going around the Daytona 500 race track, but I think that might have been the fastest the public has seen a presidential limo go since the JFK assassination.

I replaced the four fluorescent bulb light fixture in our kitchen yesterday. I never did like that light, the cold glow always reminded me of the opening scene in Joe vs. The Volcano. The new fixture looks much better, like something which belongs in a home and not in an office or shop. It’s LED and much brighter and allows me to change the color temperature. Upon turning it on for the first time (yes, I did the Clark Griswold “Joy to the world”) I asked myself why didn’t I do this earlier. Then it dawned upon me, oh, yeah, LEDs like this haven’t really been available or affordable until recently.

These Lyrics Do Not Exist – Lyrics generated using Artificial Intelligence 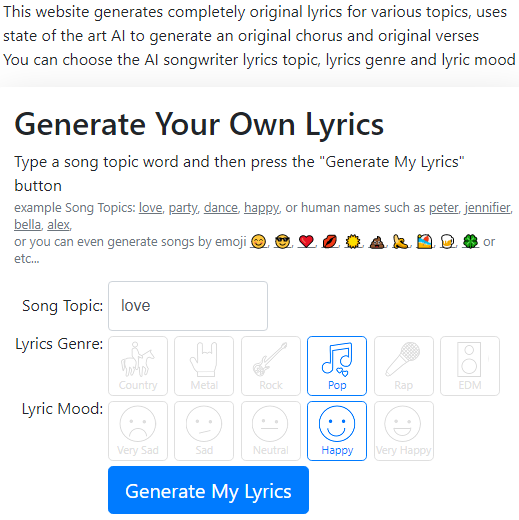 Wait for it, this woman has some amazing leg and ab strength. Also, that dude in the backpack must have been in a hurry.

Larry Tesler, the computer scientist responsible for cut, copy, and paste, has passed away.

In the spirit of being freaking proud of myself and also knowing I'm about to be fat shamed on the Internet, I present to you me, a 38 year old mom and teacher, doing a thing I was afraid to do when I was a 14 year old gymnast. Next week: add a full (and straighten my legs) pic.twitter.com/4YpFRArgtd

4 Responses to Bag of Randomness for Thursday, February 20, 2020