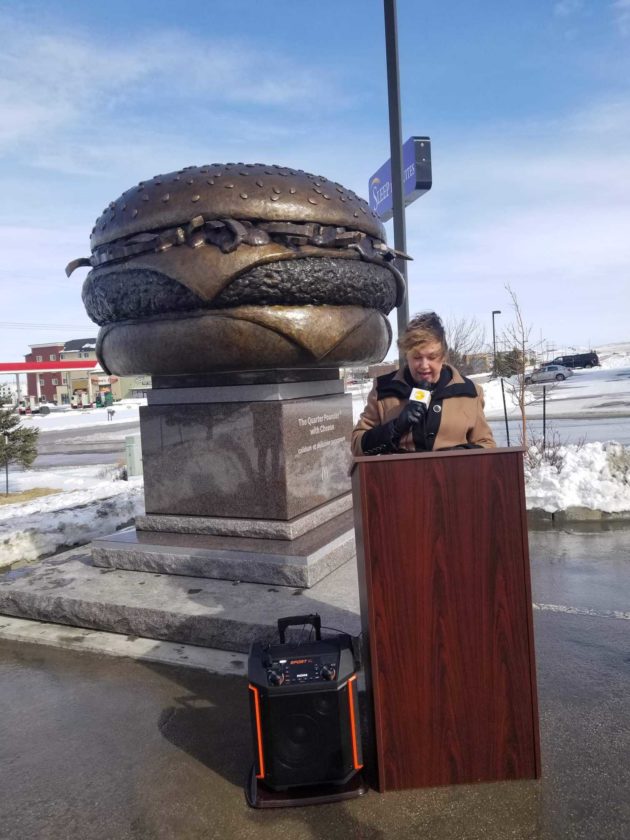 GeedingManor was in need of a few minor roof repairs so I contacted a company I’ve done business with before. The roofer they sent out, who couldn’t have been nicer or more professional, only had one leg and was one of the more in-shape and nimble men in his forties I’ve ever come across. He also has one other birth defect, one of his pinkies bends at 90-degrees. He said it never bothers him, doesn’t know any different, and he even plays guitars with that hand.

Anytime I hear someone use a variant of “the Bible clearly says” I get very concerned about what’s gonna come out next. Sure, the black and white (and sometimes red-lettered) text of the modern-day English translation may specifically state something, but it’s reckless to ignore the context of the surrounding text, chapters, and book, and especially the culture and time period of the people involved as well as the author. Furthermore, after 2000 plus years, you have to consider what can be lost or confused in translation from the original text. Heck, our own English language has changed a just from 200 years ago, it can be a challenge reading documents written by the Founding Fathers. This piece from the Declaration of Independence doesn’t exactly roll off the tongue.

“He has refused for a long time, after such dissolutions, to cause others to be elected, whereby the Legislative Powers, incapable of Annihilation, have returned to the People at large for their exercise; the State remaining in the meantime exposed to all the dangers of invasion from without, and convulsions within.

The Bible is powerful, but you have to be cautious when interpreting and especially preaching from it. I’m more apt to say the Bible doesn’t clearly say a lot. It’s full of metaphors and poetry and imagery. Christianity has three major sects or branches,  Catholic, Protestant and (Eastern) Orthodox. And that can be further broken down into denominations such as Baptist, Episcopalian, Methodist, Anglican, etc., etc.). We have these differences because of a difference in interpretation of “what the Bible clearly says.” Each has schools of theology and seminaries supported with a plethora of dissertations on why scripture should be interpreted and practiced in a particular way.

All of this reminds me of something pastor Andy McQuitty of Irving Bible Church once told me. He sent a letter to a handful of churches of various denominations asking what they believed about a woman’s role in church leadership. Most replied back constructively referencing scripture and how it supported their belief on the subject matter. One church replied back bluntly with, “We believe what the Bible says.” McQuitty then added, “Ohhhhkaaaay. We know what the Bible says, but what does it say.”

Theological rant over. My apologies. And yes, I know I’m on the monorail to Hell, I even got a Fastpass for it.

The likelihood of a mass shooting occurring at Lewisville’s Music City Mall is nil. For there to be a mass shooting, there has to be mass. It’s hard to spot more than two people at a time in that place.

I like going to Chick-fil-A to get a chicken biscuit (the best fast tasting food breakfast sandwich by far) between 10:00 – 10:30 AM because I can get waffle fries. I’ve never been a fan of their version of hashbrowns.

Yesterday, I received two pieces of mail from the Bloomberg campaign as well as a text message.

If you’ve ever reached for an afternoon snack and found yourself wildly disappointed, our new Snackin’ Bacon with Sweet Black Pepper seasoning will cure those afternoon blues. Here at Dunkin’, we’ve been working hard to formulate the perfect afternoon pick-me-up and really, what’s better than a bag full of bacon? 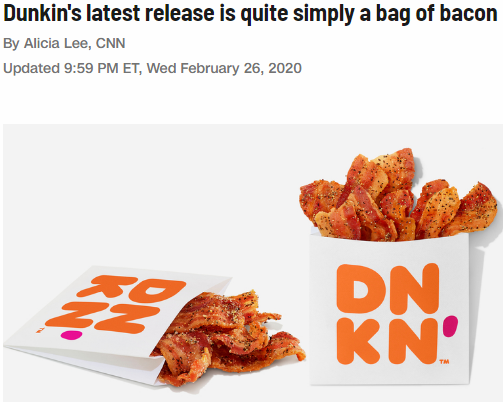 What’s up with mugshots as of late? Lori Vallow is the Idaho woman who has two missing children but remarried and moved to Hawaii. Then there is the woman who has several aliases who posed as a newborn baby photographer and drugged a woman via cupcake in an attempt to steal her baby. Both of their mugshots have them looking slightly to their right as if they are characters on The Simpsons.  I always thought mugshots had to be facing directly at the camera. 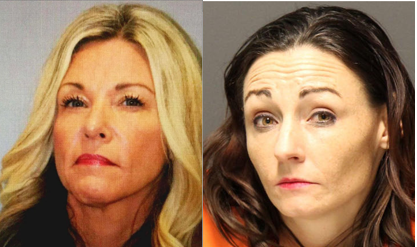 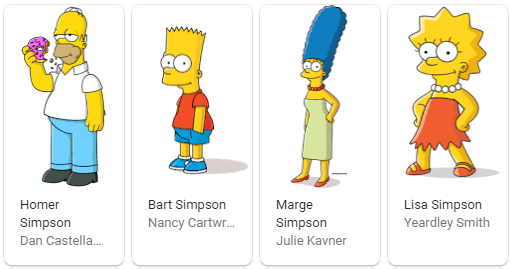 That Lori Vallow case sure is interesting, there’s got to be a Netflix docuseries in the works. Between her and her new husband, Chad Daybell (who married her three weeks after his wife died), are three deceased former spouses – her brother shot and killed her husband claiming self-defense. Months later, her brother also died, although it’s not clear how. Her first husband died young of a heart attack and she had the body cremated. And then there’s this added element.

Vallow reportedly believes she is a “god assigned to carry out the work of the 144,000 at Christ’s second coming in July 2020,” according to divorce documents her late husband Charles Vallow filed before his death.

Daybell has written several apocalyptic novels based loosely on the theology of The Church of Jesus Christ of Latter-day Saints. Both he and Vallow have been involved in Preparing a People, a group that promotes preparing for the biblical end times.