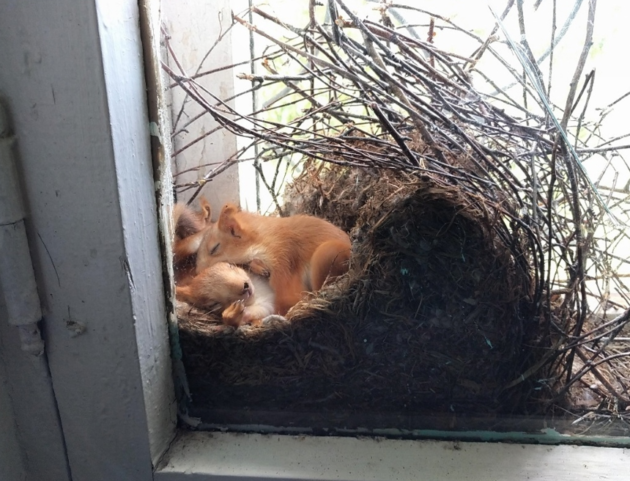 I saw the Geico lumberyard commercial for the first time yesterday and I bellied laughed even though it’s not that funny. It looks like it’s been out for over a month but it’s new to me.

While I like magic tricks I’ve never been much for card tricks. I have such a short attention span that I can’t focus and lose my mind trying to remember what rank and suit of each card.

Many of the firefighters at Kalispell, Montana’s Evergreen Fire Rescue have personal Instagram accounts where they share photos related to their work. The men are sometimes shirtless, posing proudly in their turndowns (the heavy gear traditionally associated with firefighting) and in front of firetrucks, trumpeting their pride at their profession in between posts relating to their hobbies, friends, and families. Presley Pritchard, a 27-year-old firefighter paramedic, was no different, including photos of herself in uniform mixed in among posts about fitness and workouts she created as a personal trainer.

Pritchard’s content was (and is), for the most part, the straightforward stuff fitness influencer accounts are made of, with a gentle Great Plains twist. Her personal posts were mixed in with published sponsored posts in partnership with wellness brands, but the latter never overlapped with her work as a firefighter. In most of the photos and videos she shares with her 87,000 followers (as of January 2020), she wears tank tops, sports bras, and leggings, usually while at the gym, and a pair of wireless, rose gold Beats headphones. In a few posts, she totes a gun or poses in snowboarding gear. In her captions, she espouses perseverance, positivity, and the power of Jesus.

Hollow, pressurized reservoirs inside the fingers are filled with water and connected to the surface via ducts made of heat-reactive plastic. When the plastic hits a certain temperature, the pores open and water is pushed to the surface. There, it evaporates with a cooling effect more than twice as effective as those of the sweatiest beasts in the animal kingdom.

But why sweat? Aren’t there easier ways to cool robots? Well, that depends.

Most robots are made from metal, which is an excellent conductor and therefore good at dispersing heat by itself. But soft robots, which are designed for delicate tasks like medical procedures and packing fruit, are made from rubber, a good insulator. If and when soft robots become commonplace, they’ll need their own ways to stay cool.

There are other advantages to sweating, too. By building sweat glands into a machine, you can cool it below the temperature of its surroundings, something you can’t achieve with environmental cooling like fans.

Belk, one of the anchor stores at the Dallas Galleria mall will be closing, but the mall is about to get a major makeover. I think in the next ten years there will basically only be two Dallas malls, the Galleria and Northpark. Of course, some of the burbs will still exist, I can’t picture Stonebriar in Frisco closing any time soon. But good gracious, please put Music City Mall (formally Vista Ridge) out of its misery.

News Corp Unveils Its News Aggregator Knewz, And Oh Man Is It Ugly

Knewz is a website of aggregated news with no verticals, no images, no editorializing, no filtering — in other words, no governing principles of organization or curation. It is, if nothing else, a very confusing visual experience. 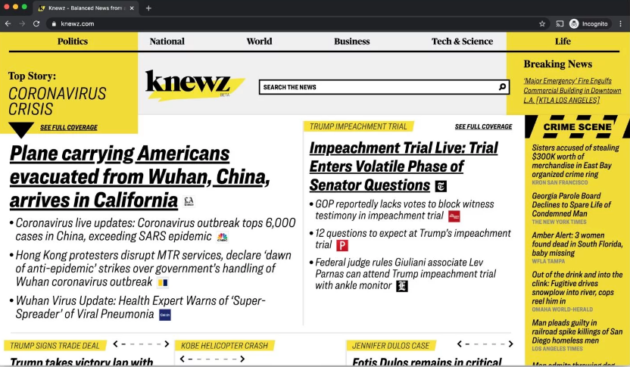 “The older I get, the better I used to be.” – Lee Trevino