I’m still waiting on the judge to sign the final divorce decree, but there’s been a new development regarding my health. For the past month or so, I’ve been progressively losing my fine motor skills, strength, coordination and there has been a change in the way I walk. After four MRIs and a visit to the neurosurgeon who performed my spinal fusion almost three years ago, it was determined I need to have cervical spondylotic myelopathy surgery. In short, it’s neck surgery to alleviate a spinal fluid leak and fuse some vertebrates and to make room to take the pressure off my spinal cord. Putting surgery off too long can lead to permanent nerve damage and eventual paralysis. There are three areas of concern, but only two need to be surgically addressed.

The severeness of my symptoms ranges throughout the day. There are times in which I can’t throw a ball to BoyGeeding, and then there are times I can do so, but with much difficulty and little strength. When I try to run, my brain tells my legs to move, but they don’t or slow in responding, and I end up falling. Sometimes typing, writing, and using food utensils are very challenging, but at times it’s not too bad, and I think I can tolerate life like this. However, my neurosurgeon has stressed this surgery needs to be a priority in my life. He’s going to have to go through my throat but said he can hide the scare well using a natural crease. I’m told I’ll have a really sore throat for a few days after surgery.

It’s been challenging working with the mother of my children since our separation back in February, even on what I think are the simplist of issues, so I’ve scheduled my surgery during the extended period in which I won’t have the children for Christmas break to avoid any scheduling or possession swapping conflicts. With no family to rely on, I’m going to have to depend on my church and a few select friends to take me to and from the hospital and to help me during the recovery process. It will suck waking up from surgery and not seeing any loved ones or have them visit, but c’est la vie. It’s an excellent opportunity to work on dealing with adversity, as if losing my wife, family, house, and going through a major job change this year wasn’t enough. 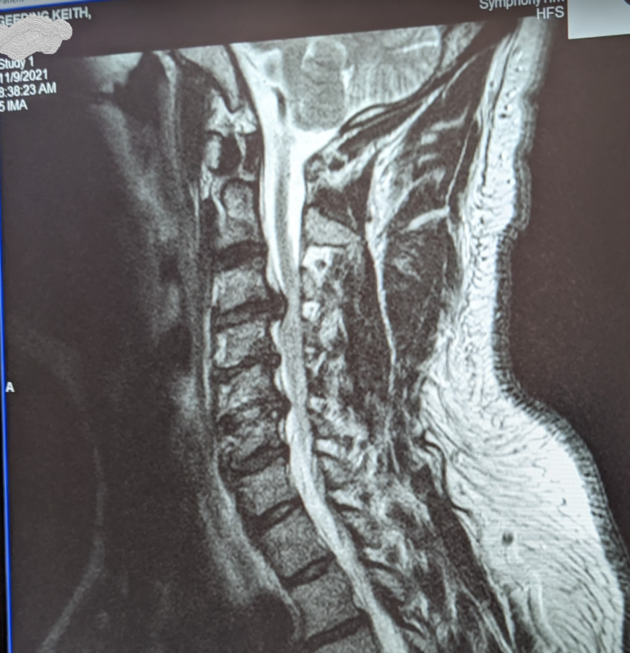 6 Responses to Another Delay In My Return To Regular Blogging