I can’t remember what I was watching, but it reminded me about how tough the grieving process can be, especially someone close to you. I’m speaking about a burial at the cemetery. With a recent burial, you see that mound of dirt. It’s a literal mound, the space of the casket and/or vault takes up spaces so the ground is not flat. I always found looking at that mound difficult, it’s “unnatural” but really drives home the reality that somebody is actually down there. Later, the mound will settle and the dirt is spread or raked around, but you still see a rectangle of dirt. It’s at that stage you just want the grass to grow over the dirt so a sense of normalcy can start, and it can’t start until the grave looks normal and blends in with the rest of them.

All things being as equal as they can be, there’s no doubt in my mind that any past administration would have handled this pandemic better than the current. Especially the timeline and timeframe. If any other administration was handling this, schools would not be scrambling on how best to open and fall sports, in particular, football, would not be in jeopardy.

Dear Mr. President – How to Understand COVID-19 Numbers – Viewed in isolation or presented without context, coronavirus numbers don’t always give an accurate picture of how the pandemic is being handled. Here, ProPublica journalists Caroline Chen and Ash Ngu offer insight on how to navigate the figures.

Kobe’s death feels like it was three years ago. He died on January 26 this year.

As decided by BuzzFeed readers – Here Are The 30 Best Moments In “Hamilton,” Ranked

New website from the MIT Center for Advanced Virtuality rewrites an important moment in history to educate the public on the dangers of deepfakes.

Can you recognize a digitally manipulated video when you see one? It’s harder than most people realize. As the technology to produce realistic “deepfakes” becomes more easily available, distinguishing fact from fiction will only get more challenging. A new digital storytelling project from MIT’s Center for Advanced Virtuality aims to educate the public about the world of deepfakes with “In Event of Moon Disaster.”

This provocative website showcases a “complete” deepfake (manipulated audio and video) of U.S. President Richard M. Nixon delivering the real contingency speech written in 1969 for a scenario in which the Apollo 11 crew were unable to return from the moon. The team worked with a voice actor and a company called Respeecher to produce the synthetic speech using deep learning techniques. They also worked with the company Canny AI to use video dialogue replacement techniques to study and replicate the movement of Nixon’s mouth and lips. Through these sophisticated AI and machine learning technologies, the seven-minute film shows how thoroughly convincing deepfakes can be.

What to expect if Trump were to replace Justice Ginsburg.

Four years later, McConnell has made quite clear that he only cares about giving the people a voice when that voice could benefit the Republican Party. Asked in 2019 whether the Senate would confirm a Trump nominee if a vacancy opened the same year as the 2020 election, McConnell smiled and replied, “oh, we’d fill it.”

Indeed, some Senate Republicans are already talking about filling a Supreme Court vacancy even if they are repudiated at the polls. Sen. Joni Ernst (R-IA) told an Iowa public television show on Friday that “if it comes to an appointment prior to the end of the year, I would be supportive of that,” even if it means filling the seat in a “lame-duck session.” With Republicans controlling 53 seats in the current Senate, Democrats would have to convince four Republican senators to block a Trump nominee to prevent a lame-duck confirmation.

This new material, which could be used in the security and health and safety industries, can turn back the force of a cutting tool upon itself.

The lightweight material — named Proteus after the shape-changing mythical god — is made of ceramic spheres encased in a cellular aluminum structure that in tests could not be cut by angle grinders, drills, or high-pressure water jets.

When cut with an angle grinder or drill, the vibrations created by the ceramic spheres inside the casing blunt the cutting disc or drill bit. The interaction between the disc and ceramic sphere creates an interlocking, vibrational connection that resists the cutting tool indefinitely. The blade is gradually eroded, and eventually rendered ineffective as the force and energy of the disc or the drill is turned back on itself, and it is weakened and destroyed by its own attack.

Former beauty queen and teacher, 29, jailed after sending nudes to student, 15 – Ramsey BethAnn, a former Miss Kentucky, has been sentenced to two years in prison and must register as a sex offender for life after she was found guilty of sending nude photos to a student

A team of researchers working at Hungary’s National Agricultural Research and Innovation Centre, Research Institute for Fisheries and Aquaculture, has accidentally bred a new kind of fish—dubbed the sturddlefish by some observers, it is a cross between an American Paddlefish and a Russian Sturgeon. In their paper published in the journal Genes, the group describes accidentally breeding the fish and what they learned by doing so. 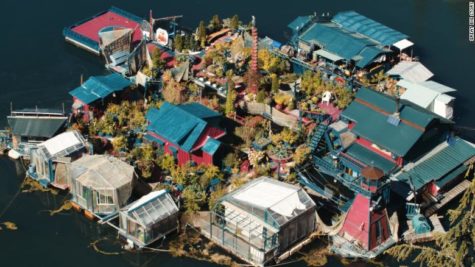