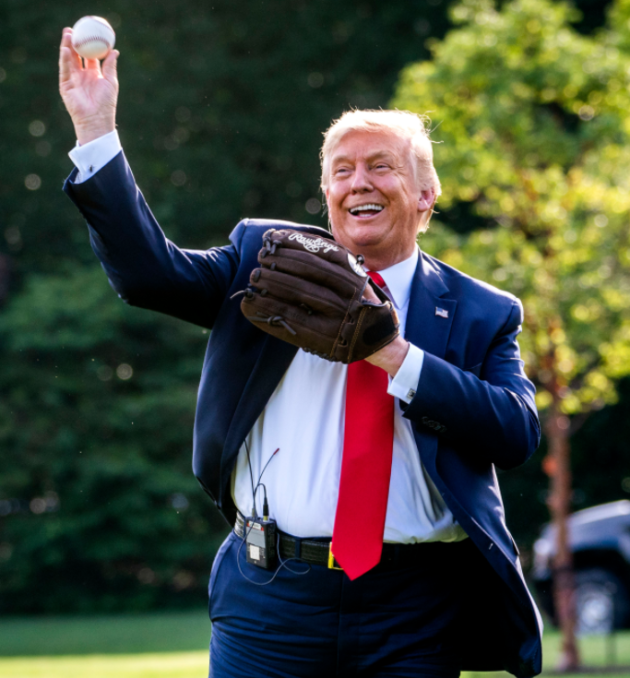 Colbert gave me a good chuckle last night when he said the nuclear codes are actually the following: person, woman, man, camera, TV. Unknown to the American public, Trump accidentally gave out the nuclear codes.

Baseball couldn’t start their season on time, or have fans in the stands, and the opening day game was rain-delayed.

Yet he’s a member of Green Acres Baptist Church (seriously, that’s the name, and yes, I wonder if Oliver Wendell Douglas is an elder or deacon), which is part of the Southern Baptist Convention that was formed in 1845 after a split with northern Baptists over the issue of slavery. Also, politics aren’t about the past, it’s about what have you done lately. Was he ever concerned with Trump’s past moral behavior?

Rep. Gohmert calls for Congress to ban Democrats, due to past position on slavery

Rep. Louie Gohmert has introduced a resolution calling for Congress to to ban any political organization or party that has ever held a public position supportive of slavery or the Confederacy. Gohmert specifically pointed at the Democratic Party’s position on slavery.

I’m not concerned or trying to attack (at least not right now) the history of the SBC, or even judge any of you who chose to be part of it. But Gohmert is claiming a moral high ground because of the Democratic party’s history with slavery yet the man’s faith is tied to an organization founded on slavery. The man is a hypocrite and his base is too ignorant to spot it.

If Rep. Ted Yoho called AOC an asshole instead of a bitch he wouldn’t be in the news. When you call someone an asshole, you are treating them as an equal, when you call them a bitch you are trying to demean them.

Legendary chair-maker Herman Miller has teamed up with Logitech to sell what may be the ultimate gaming chair, though it’s basically an upgraded model of the Embody chair. I don’t need an updated model of the Embody, I’d settle for a regular version in a heartbeat, it’s just hard for me to justify spending a grand on a chair, and they usually run about $1,300. 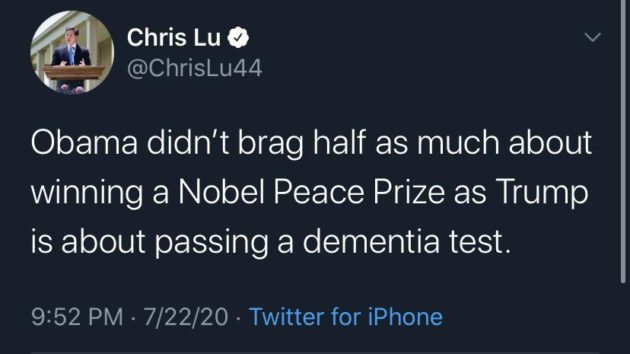 Come for the 2,000 clowns. Stay for the cemetery next door.https://t.co/j6OLBVEGK4

Defining the ’90s Music Canon – Which song is more likely to be recognized by future generations?

But for me, it’s equally important to quantify how music is passed down from generation to generation, parent to teen. In 2020, we’re amid that critical juncture for ’90s music—we can finally start asking today’s teens, “What music do you recognize from the ’90s?”

The answer will indicate how future generations will characterize the decade.

I always believed “No Diggity” by Blackstreet would be a ’90s standard, uniting the old and young crowds at weddings of the 2050s. And to test this belief, I used 3 million data points that I collected via a music quiz, which asked readers if they recognized thousands of songs that charted on the Billboard Hot 100.

These Evangelical Women Are Abandoning Trump and the Church – The #MeToo movement, pandemic, and protests for racial justice have divided the evangelical community from their strongman

We Looked At How The Stock Market Performed Under Every U.S. President Since Truman — And The Results Will Surprise You

According to Siegel, author of the 1994 investment classic Stocks For The Long Run, Wall Street’s obsession with politics is mostly misplaced: “Bull markets and bear markets come and go, and it’s more to do with business cycles than presidents.” In some ways the current environment has characteristics of the existential threat faced by George W. Bush post-2001 (replace terrorism with pandemic), the civil unrest that plagued the Johnson and Nixon administrations and Ronald Reagan’s trade war with Japan in the 1980s.