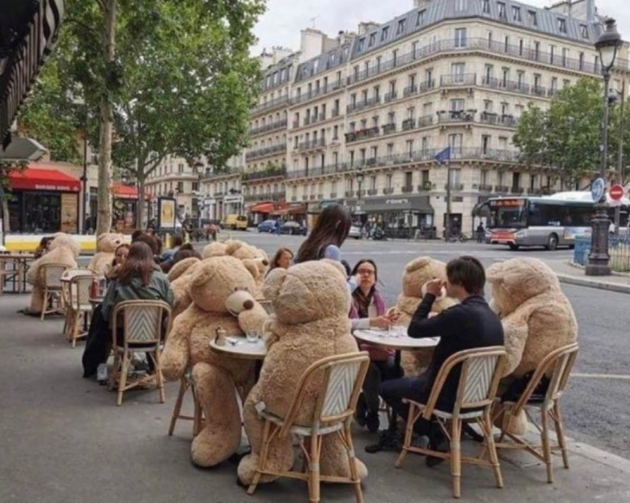 One of my high school friends had a son who graduated high school this year. He sent me a text and stated he’d like to send us an announcement, which arrived in yesterday’s mail. I noticed the handwriting was that of his wife’s. I’m not offended by any means, but I thought it was one of those things in which the graduate is supposed to write and send all the announcements.

The Giants have told season ticket holders that they won't have fans at games this year. They will have a Fan Cutout Program, allowing them to submit an image to be placed in the stands during home games.

I have a feeling this is gonna be really good and you’ll see all things Lucy.

President Trump stood next to a sculpture in the Oval Office that he said depicts former president Teddy Roosevelt, and explained that statues are vital to learning about history. Trump went on to complain that some people want to tear down statues of President Roosevelt, just like the art in his office. The only problem? The sculpture Trump was talking about isn’t Teddy Roosevelt. It’s an anonymous cowboy from the 1890s. 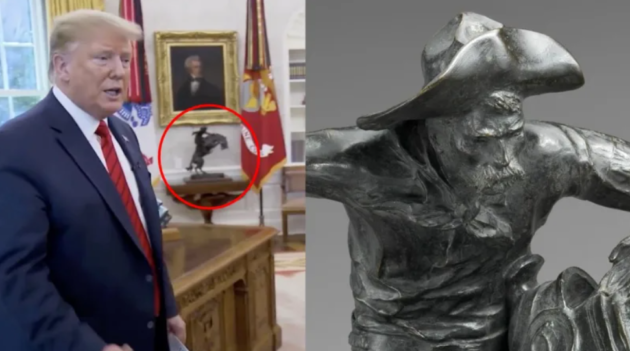 This reminds of the story of former President George W. Bush possibly misinterpreting the meaning behind a painting that hung in his office as governor and the Oval Office named “A Charge to Keep.” The painting is even included in his official portrait. There may be little truth to the story but I’ll leave it up to you and the sources (leftist) and updates stated in this and this article.

He came to believe that the picture depicted the circuit-riders who spread Methodism across the Alleghenies in the nineteenth century. In other words, the cowboy who looked like Bush was a missionary of his own denomination.Only that is not the title, message, or meaning of the painting. The artist, W.H.D. Koerner, executed it to illustrate a Western short story entitled “The Slipper Tongue,” published in The Saturday Evening Post in 1916. The story is about a smooth-talking horse thief who is caught, and then escapes a lynch mob in the Sand Hills of Nebraska. The illustration depicts the thief fleeing his captors. In the magazine, the illustration bears the caption: “Had His Start Been Fifteen Minutes Longer He Would Not Have Been Caught.” 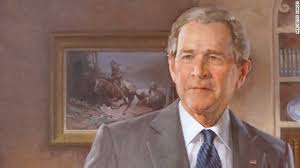