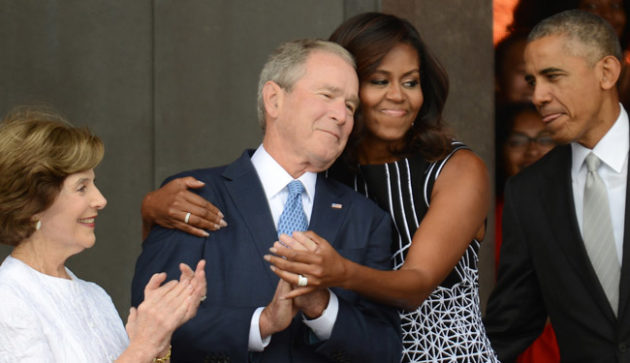 I’m amazed about the protests happening across the globe – London, Berlin, Paris, Sydney, Madrid, etc. It’s one thing for an event to happen here and see local protests, another thing when protests go national, but it’s simply amazing to see a lot of the world unified in a cause. Heck, in this article, you’ll see how even places like India, Syria, Argentina, and other places got involved. I’m curious to know the thoughts of that now jailed police officer who was kneeling on George Floyd’s neck on the global impact of his actions.

Taking a cue from America, the Brits are wanting to take down certain statues that deal with slavery. Here they are taking down Slave trader Edward Colston’s statue and dumping it in the river.

I’ll go ahead and tip my toe in the scalding hot water of this issue as it pertains to statues honoring Confederates. Move any public statue to museums and private property. Bottom line, they were traitors. We should honor American heroes, not traitors. It’s not that anyone is trying to erase history, books and documentaries include them in great detail, it’s who we are trying to honor, and traitors shouldn’t be honored.

I tweeted this on Saturday.

@bagofnothing – It shall be shameful for any pastor to not address what has transpired this week in tomorrow’s Sunday sermon. If you’re a pastor and it’s still not in your draft, you still have time to change that.

Also on Saturday, I told WifeGeeding that if it was solely my decision on where to attend church, that if my pastor did not devote any part of his or her sermon to the events that transpired last week, I would leave that church. One of the things which bug me about church is when a pastor is so dedicated to a sermon series and refuses to deviate from it as if that chosen topic is more important than anything else which can transpire. I’m not saying a preacher should tell us what side of an issue to take, but I think it’s vitally important to teach or remind us what the Word says about hope, how to deal, how to heal, and the only constant. If seven days of national protests during a pandemic that caused an economic collapse aren’t enough for a pastor to commit a few minutes of a sermon, I’m not sure what would meet his or her criteria.

My pastor has been going over the book of  “One” Peter, and yesterday he covered chapter three, the “wives and husbands” lesson. If you’ve been in the church for a while, you’ve heard this one a hundred or more times already (though I do like hearing a take on it from a non-Baptist preacher). I’m not saying that’s not important to go over, but it’s not timely and can be pushed back a week. Priorities, yo. Put your flock needs over your own. Right now I plan on writing an email to him about this but in a much friendlier and respectful tone.

This has been a story I’ve long been interested in, it had a D.B. Cooper appear to it.

Here’s the Director of the United States National Economic Council.

“I built” not “Americans built” https://t.co/koEd5Au9Ru

The only time President Reagan was in a bunker was when he and Mrs. Reagan looked out over Omaha Beach in Normandy from a German fortification. It was the 40th Anniversary of D-Day, June 6, 1984. I took this for @TIME @ccp_uarizona pic.twitter.com/02h6FQoHEx

This is my great grandfather Theodore Roosevelt Jr. in France in 1944. Even though he was 56, a general, and injured he petitioned to be with his troops in the first wave on D-Day. He died two weeks later but he knew….

In America we are stronger together. pic.twitter.com/FwoUr4Ptcf

A marriage took place just now at a protest in Philadelphia pic.twitter.com/mDHW0XmRJy

Powers Boothe had a cool name.

I’ve heard Bono describe America plenty of times and love how he never loses his enthusiasm.